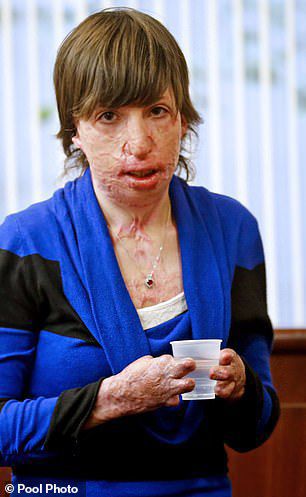 Jessica Cameron, 25, testified against her ex-boyfriend who a jury decided tried to kill her by setting her on fire. She suffeed severe burns on her face, chest and hands. 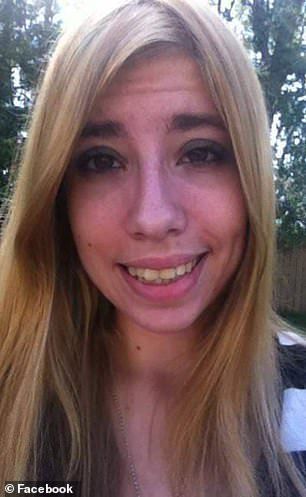 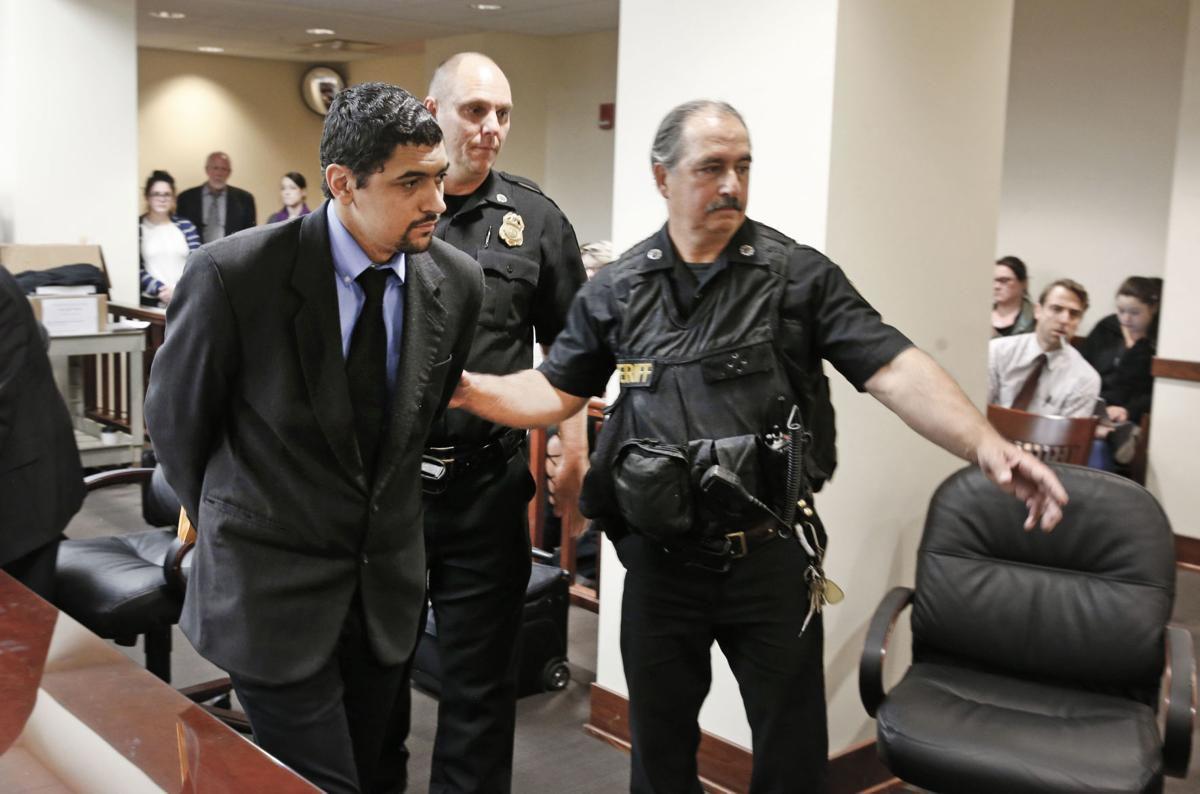 Jonathan White, 29, Tonawanda, New York, is led from courtroom after he was found guilty of attempting to murder his ex-girlfriend by setting her on fire, 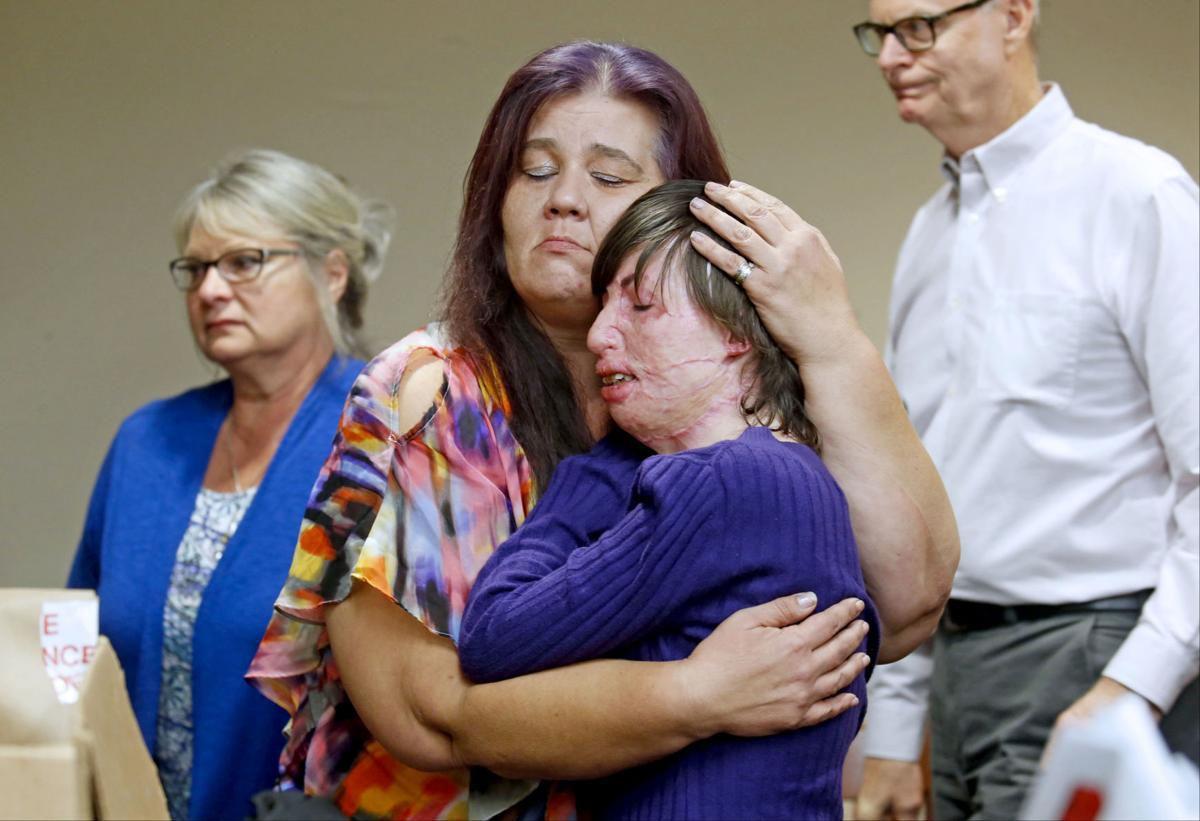 Mother of Jessica Cameron hugs her after jury returned guilty verdict against her ex-boyfriend, who was convicted of attempting to murder Cameron by setting her on fire

Jessica Cameron, 25, testified against her ex-boyfriend who a jury decided tried to kill her by setting her on fire. She suffeed severe burns on her face, chest and hands.

Jonathan White, 29, Tonawanda, New York, is led from courtroom after he was found guilty of attempting to murder his ex-girlfriend by setting her on fire,

Mother of Jessica Cameron hugs her after jury returned guilty verdict against her ex-boyfriend, who was convicted of attempting to murder Cameron by setting her on fire

TONAWANDA, N.Y.  – A victim of physical abuse for years by her ex-boyfriend, Jessica Cameron agreed to meet him outside Tim Hortons restaurant in this western New York town where she worked .

Only days before Christmas 2018, she expected to briefly discuss her decision to end their relationship a few months earlier as well as the custody of their three young children.

Instead, she testified in court this week, Jonathan White doused her with gasoline and set her on fire with a cigarette lighter, causing severe burns to more than 30 percent of her body and nearly the loss of her life.

“Just burning pain everywhere,” she said. “I couldn’t see anything through the flames.” It sounded “like how logs get when they crumble in a fire pit.”

Jurors in the attempted murder and assault trial of White, 29, of Tonawanda, found him guilty on both charges Friday, one day after Cameron’s emotional testimony recalled the snowy Dec. 17 afternoon.

White’s sentencing occurs Jan. 3. He faces up to 25 years in prison -- and the prosecutor said he will demand the maximum penalty for conviction on charges that “rose to another level of evil.”

Tonawanda Police Chief William Strassburg described Cameron, 25, as “one of the most courageous and heroic people I have ever seen. The courage she displayed, not only in her recovery, but also in the testimony she provided, takes my breath away.”

Cameron’s face, chest and arms were disfigured and much of her fingers amputated. Yet she persevered through a dozen surgeries and five months of hospital recovery to confront her former boyfriend in court.

Cameron provided the Erie Superior Court trial in Buffalo with details of her background with White and what happened the day she ended up on fire.

She said the relationship began when she was in high school. She said they had their first baby when she was 18 but the child was given up for adoption. They subsequently had three other children who lived with them.

She testified White was violent throughout their 7 ½-year relationship, causing her to take the children and leave him in the summer of 2018. She said White had a drinking problem and talked about committing suicide at times.

On the fateful day, she said, White called her at work and asked to meet “one last time” behind the dumpster at Tim Hortons. She consented, but shortly after they met, she said she asked him if he intended to hurt her.

“He said yes,” she testified.

Then, she continued, he brandished a water bottle containing gasoline, poured it over her, and lit her on fire with his cigarette lighter.

The restaurant’s maintenance worker happened to be outside near the couple and testified he heard a “blood curdling scream,” ran in the direction of the sound and saw Cameron engulfed in flames. Police said he retrieved water from the restaurant to extinguish the flames and save her.

White’s attorneys gave a different account at the trial. They said White never intended to harm Cameron; that they had struggled over the bottle of gasoline, which he intended to use to commit suicide. They said some of the gas ended up on White and the cold temperature made him freeze up and accidentally sparked the cigarette lighter in his hand, touching off the gasoline on Cameron and himself.

Surveillance footage showed White rolling in the snow to extinguish the fire on his body, and trying to put snow on Cameron.

“You didn’t do a very good job of trying to kill yourself,” she said. “You did a much better job of almost killing Jessica.”

The Niagara, N.Y., Gazette provided details for this story.