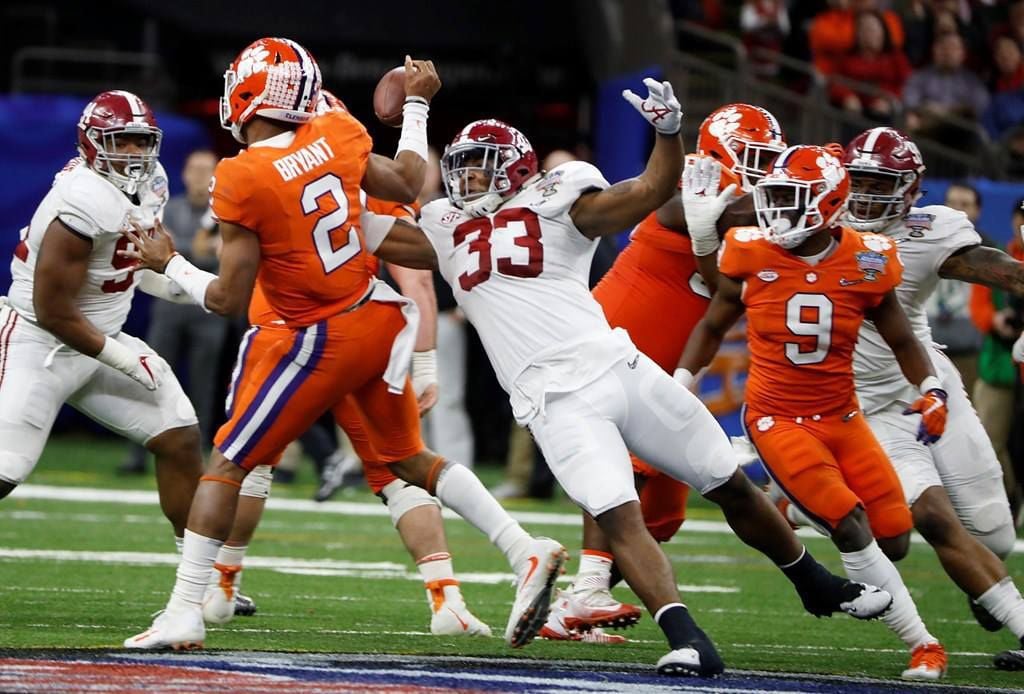 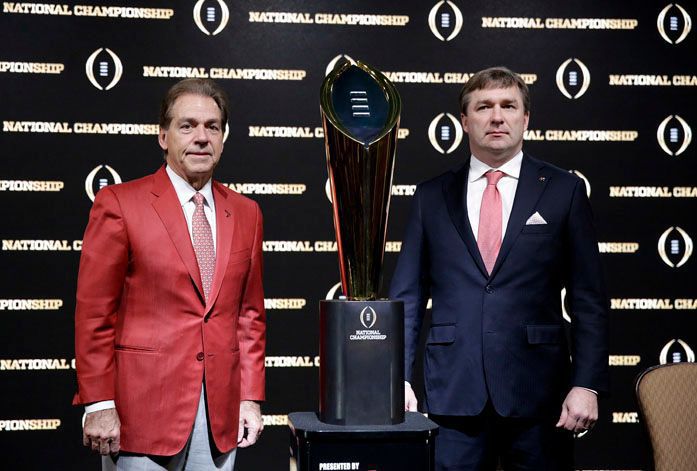 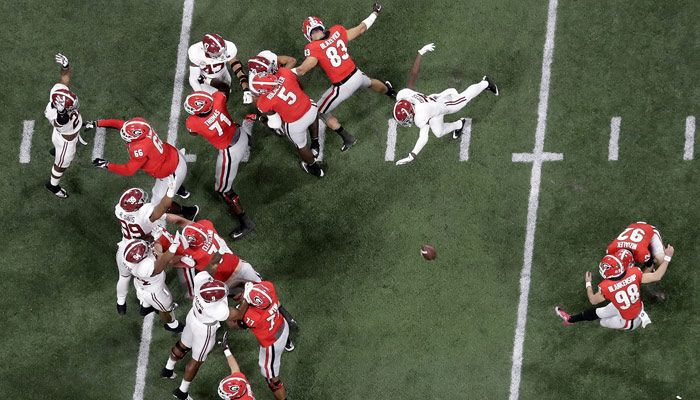 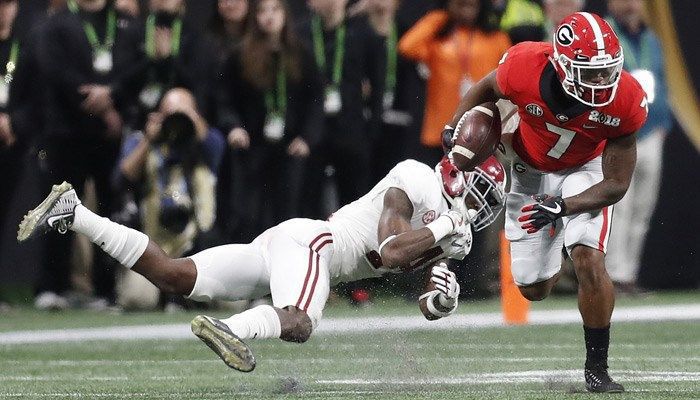 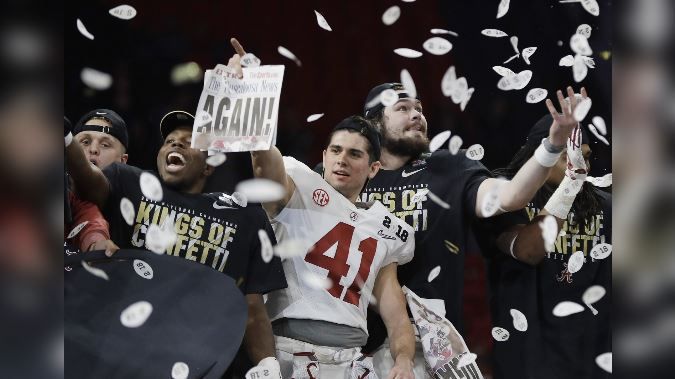 ATLANTA, GA (AP/RNN) - After a dismal first half, Alabama clawed its way back in spite of missed field goals and a quarterback substitution to defeat Georgia 26-23 in overtime at the College Football Playoff National Championship.

Tagovailoa threw a 41-yard touchdown to DeVonta Smith to give No. 4 Alabama a 26-23 overtime victory against No. 3 Georgia to win the College Football Playoff national championship Monday night.

Tagovailoa entered the game at halftime, replacing a struggling Jalen Hurts, and threw three touchdown passes, including the game-ender to give the Crimson Tide its fifth national championship since 2009 under coach Nick Saban.

After Alabama kicker Andy Pappanastos missed a 36-yard field goal that would have won it for the Tide (13-1) in the final seconds of regulation, Georgia (13-2) took the lead with a 51-yard field goal from Rodrigo Blankenship in overtime.

Tagovailoa took a terrible sack on Alabama's first play of overtime, losing 16 yards. On the next play he found Smith, another freshman, streaking down the sideline and hit him in stride for the national championship.

This game will be remembered for Saban's decision to change quarterbacks trailing 13-0.

Saban put in a freshman quarterback Tagovailoa for Jalen Hurts, who hadn't played a snap since the beginning of the season against Mercer. Tagovailoa is the offensive player of the game. Hurts struggled to make anything significant happen in the first half.

"I just thought we had to throw the ball, and I felt he could do it better, and he did," Saban said. "He did a good job, made some plays in the passing game. Just a great win. I'm so happy for Alabama fans. Great for our players. Unbelievable."

Tua Tagovailoa with the beautiful dime.

After a scoreless first half, Alabama tied Georgia at 20 with less than four minutes left in the fourth quarter.

Georgia led Alabama 20-7 at the beginning of the third quarter when the Tide started to get running yards. Tagovailoa played with poise and the momentum shifted towards the Tide.

The Dawgs lead by double digits at halftime with a 13-0 lead in front of what could be considered a home crowd at the Mercedes Benz Stadium in Atlanta. This is only the fifth time in 11 seasons under Nick Saban that Alabama trailed by more than 9 points.

The Dawgs lead the entire game. With 7 seconds before the end of the second quarter after a 1-yard touchdown run by Mecole Hardman. The score capped a 2-minute drive led by true freshman quarterback Jake Fromm.

Fromm threw passes of 10 and 16 yards and ran for 14 on Georgia's way to the touchdown.

Georgia kicker Rodrigo Blankenship scored two field goals, the second from 27 yards, which carried the Dawgs for most of the game.

Nick Saban ties Bear Bryant for most national titles with his most unique championship yet #RollTide #NationalChampionship https://t.co/YbEgpX32pS pic.twitter.com/w74DuQTSLK

The Crimson Tide struggled to contain Georgia’s running game in the first, particularly running back Sony Michel. The big play on the drive was Sony Michel's 26-yard run to the Alabama 26 on a third-and-20 after Anthony Averett crashed through from the left side to sack Jake Fromm.

On its opening possession, Georgia turned the ball over when Javon Wims jumped to get an underthrown ball, but Bama’s Tony Brown took the ball away.

But Alabama couldn’t capitalize. After a false start, the 35-yard field goal became 40, and the kick by Andy Pappanastos went wide left.

Georgia (13-1) was attempting its first national championship since 1980. Of the last 11 title games, the SEC has won nine.

Nick Saban has never lost to one of his former assistant coaches, although Smart came close.

It’s the first time in the short history of the playoff system the No. 3 and 4 seeds have advanced to the championship game.