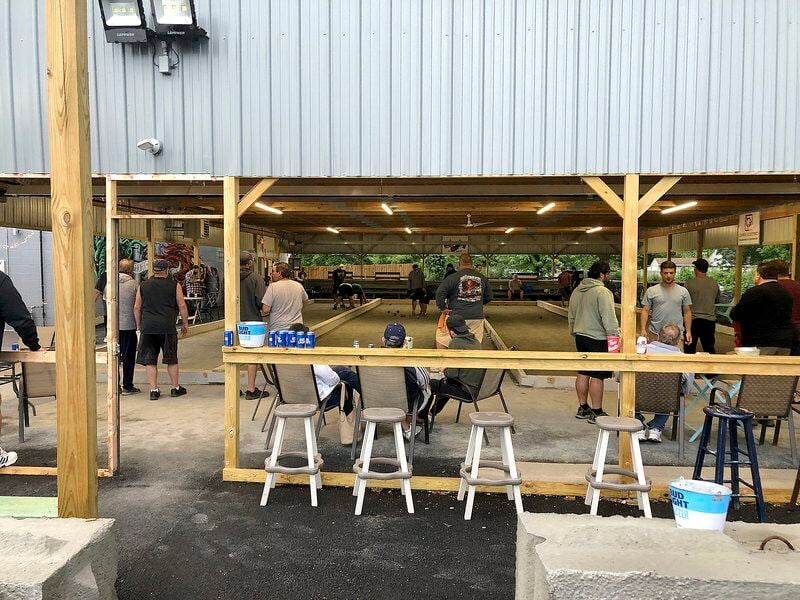 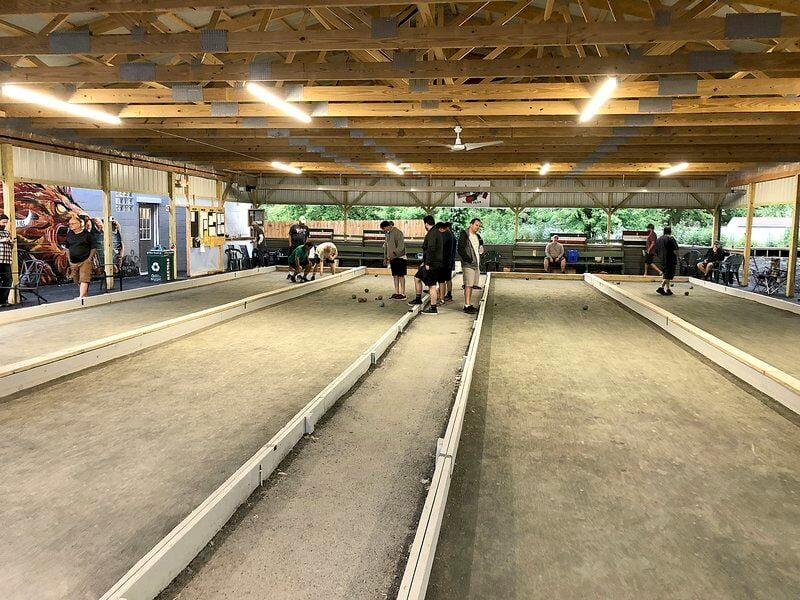 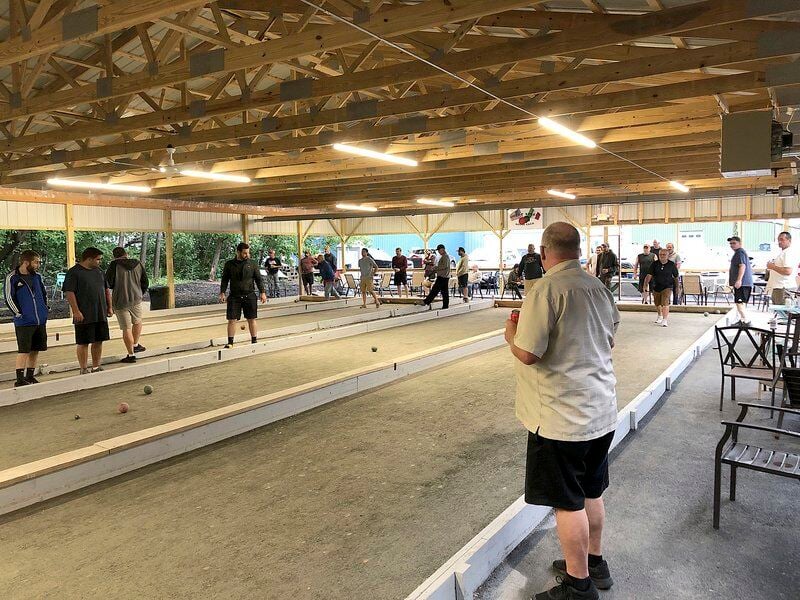 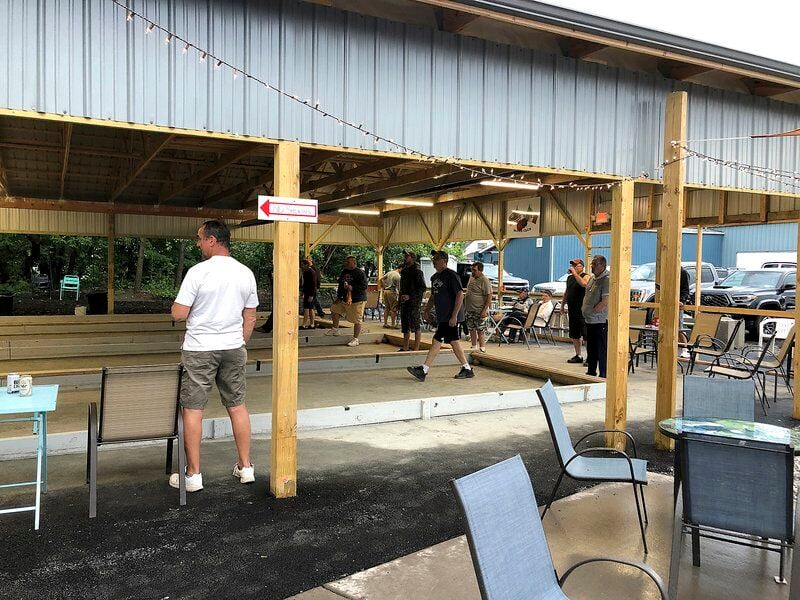 Bocce is the game that moves as you play.

If you’re Italian and you live near or in Lockport, you know about bocce, a slow-moving sport similar to lawn bowling and curling.

And you know Bill Rosenberg, president of the Short Street Bocce Club, who said today’s heavy hitters are Bob’s Barber Shop (men) and the Lake Ladies (women), not to be confused with the Leading Ladies.

These two teams are tearing up the bocce courts at the Short Street Bar, managed by the Chiappone family for nearly four years.

“It’s traditionally been viewed as an Italian game,” Rosenberg said, “but it’s open to all people, of course. We have folks from 21 to 91 here, at all skill levels and people who travel from Niagara Falls and Cleveland who play in the leagues.”

The historical claim is that Bocce Ball was invented in 5,200 B.C. in Egypt as a game for young people. When, exactly, bocce started in Lockport is a mystery, but Rosenberg “goes back 50 years” to the players chasing the two-inch diameter palina (also pallina and pallino) ball around the 11-by-60-foot packed dirt, wooden-banked courts.

Some courts are 70 feet, while others are 90 feet — or, not for the faint of heart. Part of the goal is to roll a larger ball toward the palina, getting as close as possible without striking it. The other part of the goal is to forget the issues of the day and be with your local community.

“It started on Market Street near St. Joe’s by the canal,” Rosenberg said. “Around 1990 or so, it moved to Widewaters. There were 80 players and everybody from about any country was involved then, too.”

Some local controversy was recorded in the Union-Sun & Journal in the early 1990s when the city council considered charging a fee for locals to use the courts at Outwater Park. Many players attended the rather heated council meeting to complain, some who spoke only in their native Italian.

“It was a community supported park,” Rosenberg recalled, dismissing the fee idea. “We already did all the maintenance on the courts.”

Each summer’s Lockport Italian Festival, a cancer support fundraiser hosted by many locals including the Molinaro family of Molinaro’s Restaurant fame, helped the game become even more popular. That festival was moved to the restaurant’s grounds after the Kenan property’s cost rose. Bocce can be found there during the annual festival weekend.

Ben Chiappone is the chef at Short Street, carrying on a third generation of restaurant and tavern tradition.

“This place is packed by about 7 every evening with the players and the fans who carry on the game, which always seems to find a new home for the people in Lockport,” he said.

By the looks of intensity, and sometimes hilarity, on the faces of the players from the Bad News Babes, the Goodfellas, No Cigar, and Towlson Plumbing, among others, it’s a serious game they play, some 3,000 years later.

Lockport native Brandon M. Stickney is a former reporter for the Union-Sun & Journal and the author of “The Five People You’ll Meet in Prison: A Memoir of Addiction, Mania & Hope.”