A scene from a previous performance of The Nutcracker by Classical Ballet of WNY. (Contributed image) 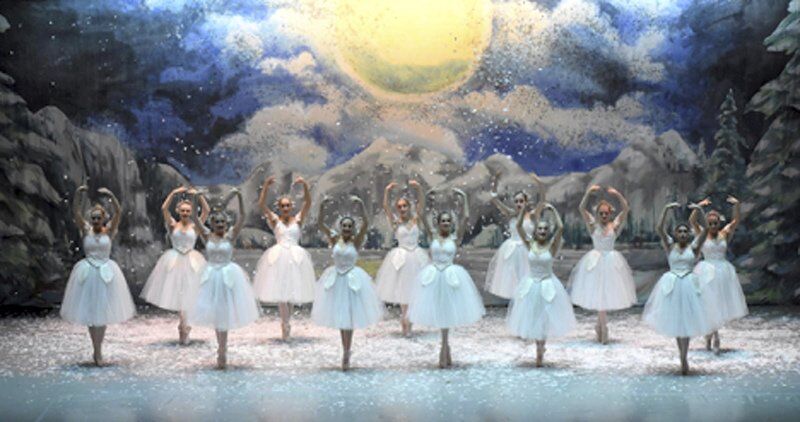 The snow scene in The Nutcracker by Classical Ballet of Western New York. (Contributed image) 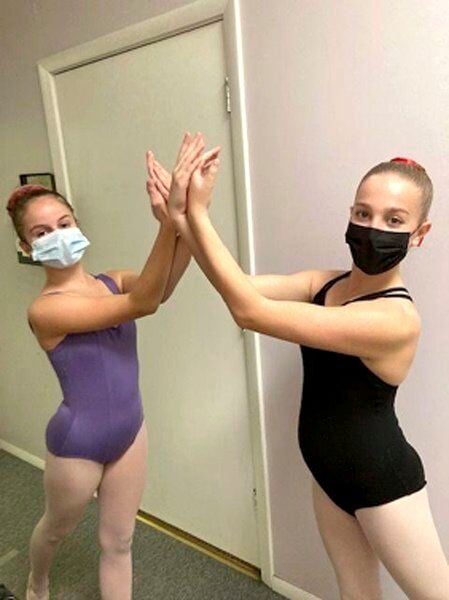 A scene from a previous performance of The Nutcracker by Classical Ballet of WNY. (Contributed image)

The snow scene in The Nutcracker by Classical Ballet of Western New York. (Contributed image)

Clara is the iconic lead role in The Nutcracker. The eldest daughter in the Stahlbaum family receives a nutcracker from her grandfather on Christmas Eve and the production details her dreams in which the nutcracker comes to life.

This important part in the Classical Ballet of Western New York’s production at the Historic Palace Theatre is being played by three middle schoolers: Olivia Oshein, a student in the Lockport district; Tess Lorells, a student at Nardin Academy; and Hayden Kopp, a student in the Newfane district.

Kopp was previously an angel and a toy soldier in the Classical Ballet of WNY's annual presentation of The Nutcracker. Oshein and Lorrells were both grasshoppers in its production of Midsummer Night’s Dream. Oshein has been dancing since she was an infant, Lorells since she was 5 years old and Kopp has been performing for about eight years. These experienced ballerinas also dabble in tap, lyrical, modern, pointe and jazz.

During their earlier years of performing, Oshein and Lorells met as party girls in The Nutcracker and are now good friends. Kopp also played the role of a party girl before and because of her experience she advises younger dancers, like two elementary school girls, Arianna and Allie, to “keep going and to keep the spirit alive, because it’s so much fun, even if you don’t get the leads.” Oshein and Lorells encourage the newer dancers to ask questions and to keep practicing.

Arianna and Allie are performing as party kids and a clown. Arianna’s favorite role is clown because she gets to do cartwheels on stage and her friends are coming to watch.

Classical Ballet of WNY is owned and operated by professional ballet dancers Susannah Dwyer-Gentes and her husband William Gentes.

Lorrells credited the Gentes, as well as her dance teacher at Nardin Academy, Ms. Hannah, with helping her "to be the dancer that I am today."

In the 2021 production of The Nutcracker, Jessamy Zarragoitia, a senior at The Park School, and Madeline Call, a senior at Clarence High School, are performing as demi-soloist flowers. Zarragoitia hopes to join a ballet company after high school, while Call is considering pursuing creative writing in college. They have played many roles in The Nutcracker over the years, from Clara to party moms and lead marzipan.

Call noted that she and her peers missed performing the Christmastime ballet last year. 2020 was the first year since Classical Ballet of WNY's 2002 founding that the show did not go on, due to the pandemic. The size of the cast — 77 students aged 4 to 18 years, 10 adult volunteers and two guest dancers from out of town — simply made it unworkable.

In anticipation of the 2021 show, the cast has been rehearsing since the end of September.

“We work really, really hard. A lot of love and time goes into the production,” Kopp said.

“We also do our best to make it look professional,” Oshein added.

This year is Oshein's first time being involved in the snow scene  — the one where white confetti comes down with "magical" and "breathtaking" effect.

“I’ve always wanted to be up there (for that scene) and this year I get to do that,” she said.

Susannah said it’s hard to pick a favorite scene in The Nutcracker, but she shares Oshein's view that the music and visual beauty of the snow scene are special.

Lorells said she likes the sets of the opening party scene because they make it appear as though the cast is actually in a house. She also likes the battle scene because “it looks like the tree grows and that’s super cool too.”

Altogether, Lorells said, The Nutcracker is “a really nice tradition that we’ve done for so many years, and it’s a nice way to start off the holiday season.”

The Nutcracker will be performed for area students taking field trips to the Palace — from Country Parkway Elementary in Williamsville, DeSales Catholic, Newfane Middle, Aaron Mossell Junior High and several homeschool groups — on Dec. 9 and Dec. 10.

Public performances are slated for Dec. 11 and Dec. 12. Afternoon and evening shows are scheduled; for ticket information visit lockportpalacetheatre.org. Masking is required regardless of vaccination status.