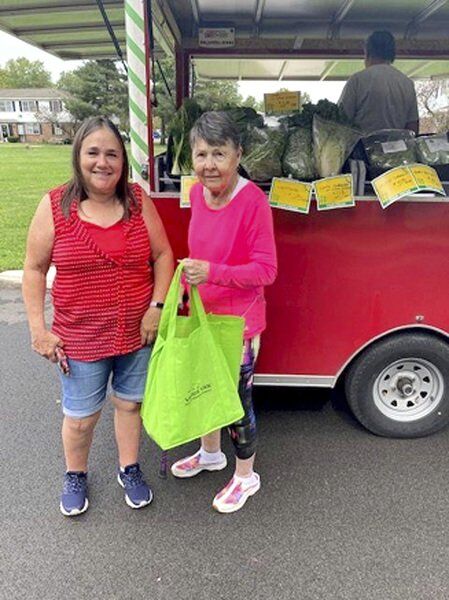 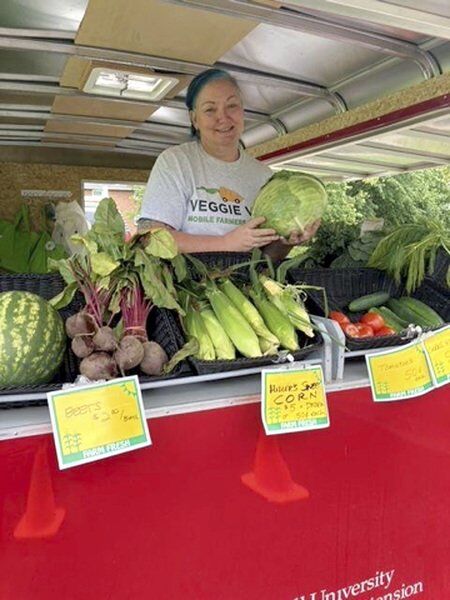 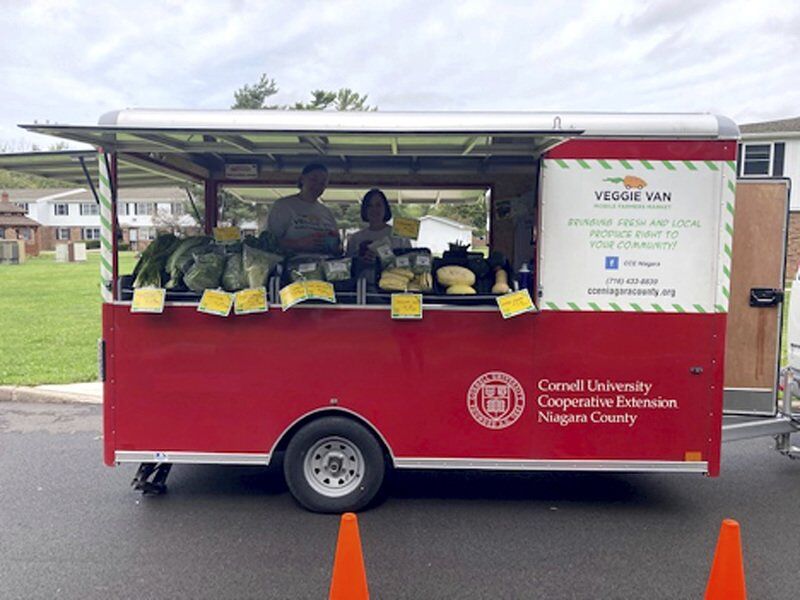 As it gains traction with consumers in fresh-food deserts, the Veggie Van is experiencing upward mobility.

The Veggie Van, actually a trailer hauled through the cities of Lockport and Niagara Falls once a week by its operator, the Cornell Cooperative Extension in Niagara County, will soon be transformed to a refrigerated food truck, thanks to a grant announced earlier this week.

The $264,000 award from Highmark Blue Cross Blue Shield of Western New York's Blue Fund will finance improvements to two of the Extension's local-food access programs, Farmacy as well as the Veggie Van.

In its sixth year of operation, the Veggie Van is stocked with produce from local growers including McCollum Orchards, Wilder Greens, Hiller's Sweet Corn Farm and New Royal Orchards. Working with community housing providers, the Extension sends the "van" to select apartment complexes around the city of Lockport on Wednesdays, bringing fresh local produce to neighborhoods where it's not otherwise widely available, and the residents may or may not have the ability to get it directly from the growers. EBT, Farmers Market check, Fresh Connect checks and Double-Up Food Bucks are accepted in addition to cash.

“We take the veggies right to the people,” Veggie Van program manager Jen Regan said. "People who have things like diabetes and heart disease can really change their health outcome if they eat well and get exercise. Why not give them the chance to make these really great lifestyle changes?"

The Veggie Van has come a long way since its 2015 establishment as an assortment of tables and tents. The planned upgrade to a refrigerated food truck is a way for the Extension to further expand and improve local food access in Niagara County.

Shirley Jackson of Lockport and Stacey Jackson of Olcott, mom and daughter, visited the Veggie Van together recently after a yoga class at the YMCA. They purchased sunflower sprouts, corn, pears and peaches, and Stacey spoke highly of the pea sprouts she had purchased there weeks earlier.

“You guys are doing a great thing,” Stacey told Jen Regan and volunteer Christina Wright after paying for her goods. Her mom resides at one of the housing complexes where the Veggie Van stops, and she enjoys the accessibility of fresh food, Stacey added.

Details of the Veggie Van's winter program are still being worked out but, according to Regan, after October, it will transition to vending Community Supported Agriculture-style boxes of fresh food. Since some residents don't drive, she said, this will help to ensure they can receive nutrition-rich foods regardless of the season.

“We’re trying to think of ways to still get our fresh local food to everybody and there’s tons of stuff we can get year-round. There are a lot of greenhouses that will be growing greens and herbs. We will have squash, carrots, apples, kale and onions and all that good stuff,” Regan said. “We couldn’t offer this kind of education reinforcement and incentive without the funding from Blue Fund. We are so grateful.”