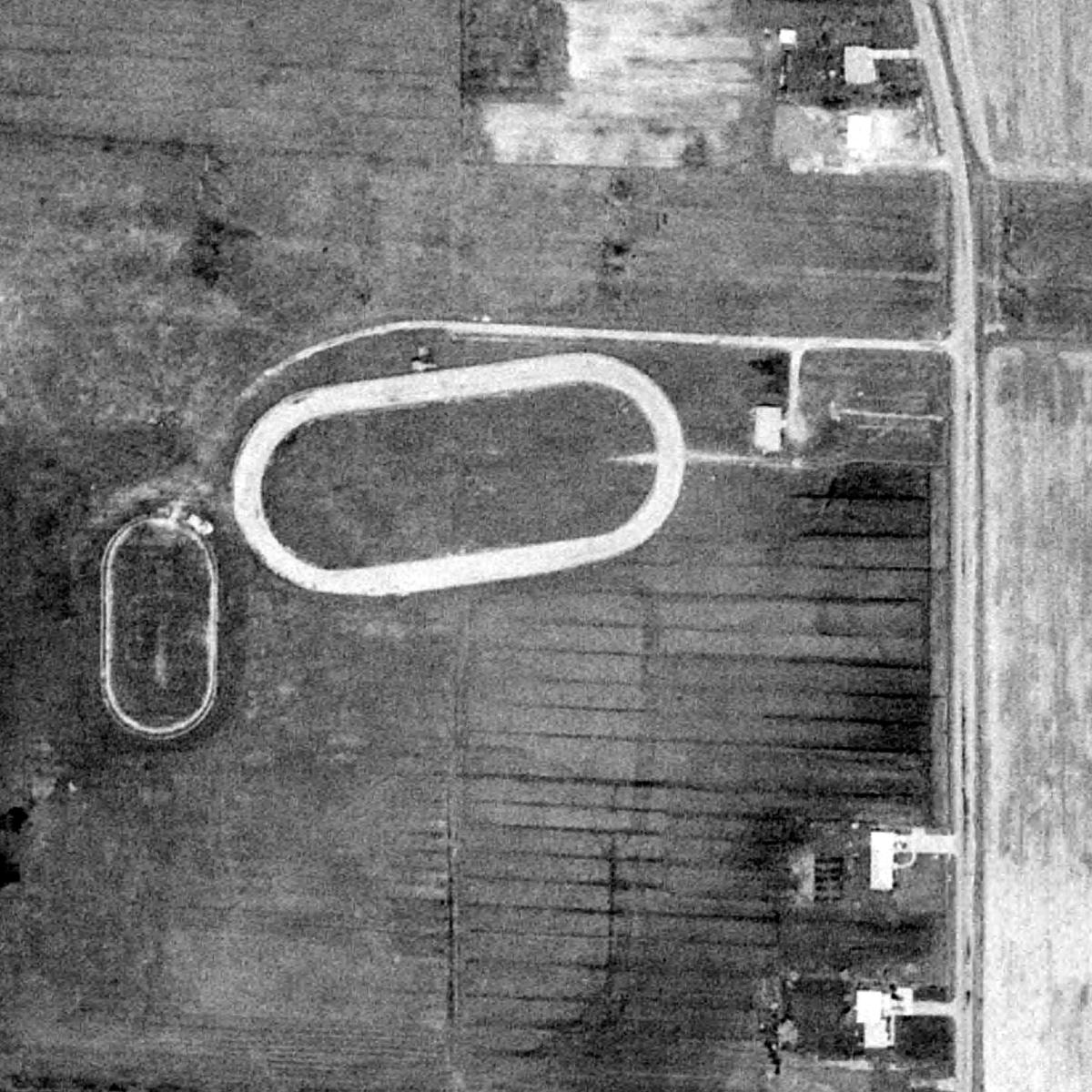 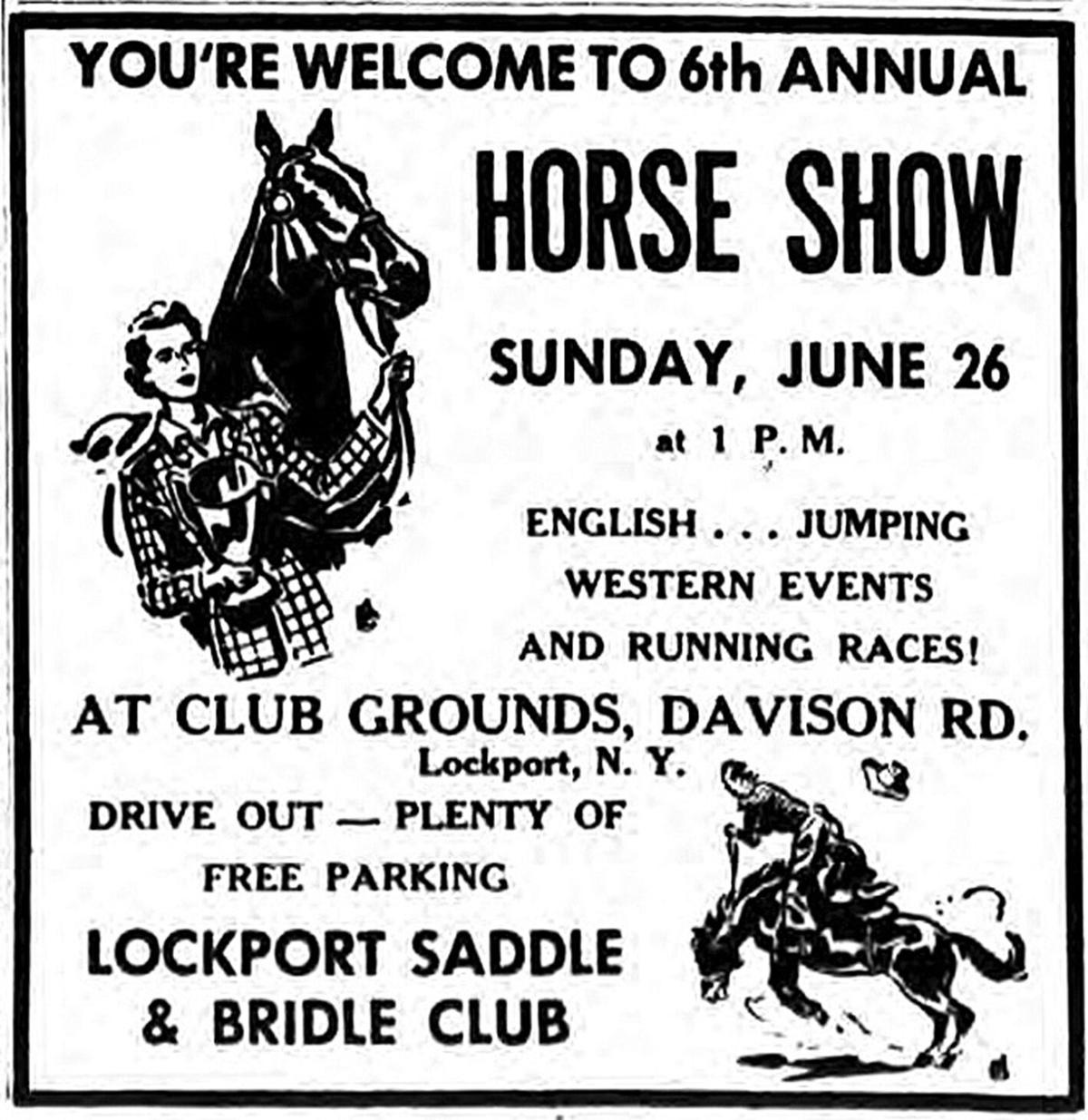 Saddle & Bridle Club announcement from the June 25, 1949, edition of the Union-Sun & Journal. 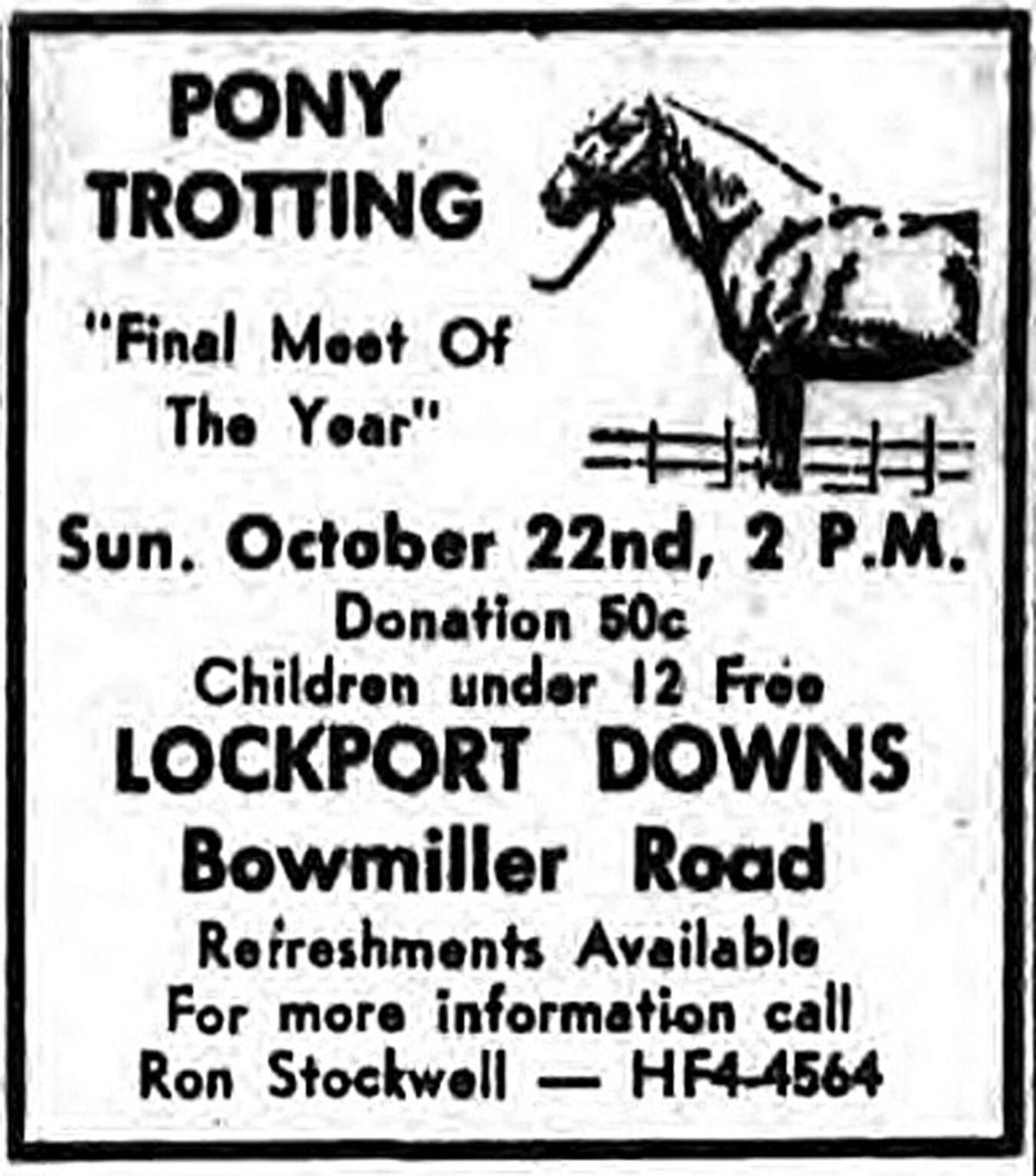 Lockport Downs advertisement published in the Oct. 21, 1967 edition of the Union-Sun & Journal.

Saddle & Bridle Club announcement from the June 25, 1949, edition of the Union-Sun & Journal.

Lockport Downs advertisement published in the Oct. 21, 1967 edition of the Union-Sun & Journal.

The Lockport Saddle & Bridle Club formed about 1932. They officially incorporated in 1944 to “help create, stimulate, and maintain interest in horsemanship in and about Lockport.”  The club’s president at this time was Bruce J. Welton, who was also town supervisor for a number of years. The founding board of directors included Charles Tovell, Clemens Gaul, Lester Bowerman, Ernest Stoddard and Frank Howell.

The club’s early horse shows were held at the Niagara County Fairgrounds. Their 1945 show drew a crowd of more than 1,000 spectators. Fans especially loved watching the show jumping classes; these competitions involved a course of obstacles horses had to jump over. Two of Lockport’s star jumpers were Iron Major and Popeye.

Iron Major was a gray workhorse who did not enjoy working, but did love to jump out of every pasture he was confined to. His owners thought it was best to take the path of least resistance and let Iron Major do what he loved best. Joe Haley later purchased Iron Major and together they won many championships.

Popeye was a one-eyed horse owned by Roy Smith and often ridden by Dorothy Sonnelitter. Their story should really be a screenplay but in the meantime, it will be the focus of next week’s article.

The Saddle & Bridle Club’s first showgrounds were on Davison Road near East High Street. They purchased the parcel from member Louis Tall in 1947. In order to collect enough capital to acquire the property and make improvements, the club held many fundraisers.

One of their popular events was the annual dinner at the Lox-Plaza Hotel. (This building was demolished in 1966 and is now the site of the Lockport Municipal Building.) They also held rummage and bake sales. Horse show spectators were charged admission — 50 cents for adults and 25 cents for children.

The fundraisers were successful; less than a year after purchasing the Davison Road property, the club paid off the land and held a mortgage burning at their annual Lox-Plaza Hotel dinner.

In 1957, the club moved to Bowmiller Road, purchasing 29 acres from Wendell Kater. They built a cement block clubhouse, as well as a 100-by-300 foot show ring. Many equestrian events were featured here. English riding classes included equitation, road hack and jumping. Western classes showcased pole bending and barrel cutting. There were also driving classes. (Driving in the horse world means a horse pulling a sulky or carriage.)

Ten years later, in 1967, the Saddle & Bridle Club built a track known as Lockport Downs. The track specialized in harness racing for both pacers and trotters from as far away as Indiana and Maryland. Occasionally, they would put on chariot races with the drivers dressed as Roman soldiers. In 1971, the club hosted a “celebrity” race featuring Niagara County Sheriff Anthony Villella, Special Deputy William Tolhurst, and Lockport Town Supervisor Floyd Snyder. Sheriff Villella drove a pony named Blondie for the win.

The club was frequently involved in community events, such as arranging a hayride for the children at Wyndham Lawn in 1946. More than 40 children rode in hay wagons flanked by 65 horseback riders while traversing to Rapids and back. It was reported the children were “deliriously happy” afterward.

Monthly moonlight trail rides and parades down East Avenue were regular activities organized by the club. One parade showcased antique carriages and included an orchestra in one of the wagons.

This is a brief history because there are very few records on the club; newspaper clippings were consulted to create this article. The club appeared to disband in the 1980s. If you have any records, photographs, or oral history on the Lockport Saddle & Bridle Club, please reach out. Thank you for preserving and sharing Lockport history.

Jean Linn is Lockport’s town historian, as well as archivist and librarian at Niagara County Community College. You can reach her at jlinn@elockport.com or (716) 438-2159.

Mabe Sorensen, 93, passed away peacefully on April 11, 2021. Mabe was born May 29, 1927, in Penn Yan, New York, the daughter of Alexander Fraser MacKerchar and Martha TenBrook MacKerchar. Named Mary Elizabeth, her brother John changed her name to Mabe as it was easier to say. She was a proud…