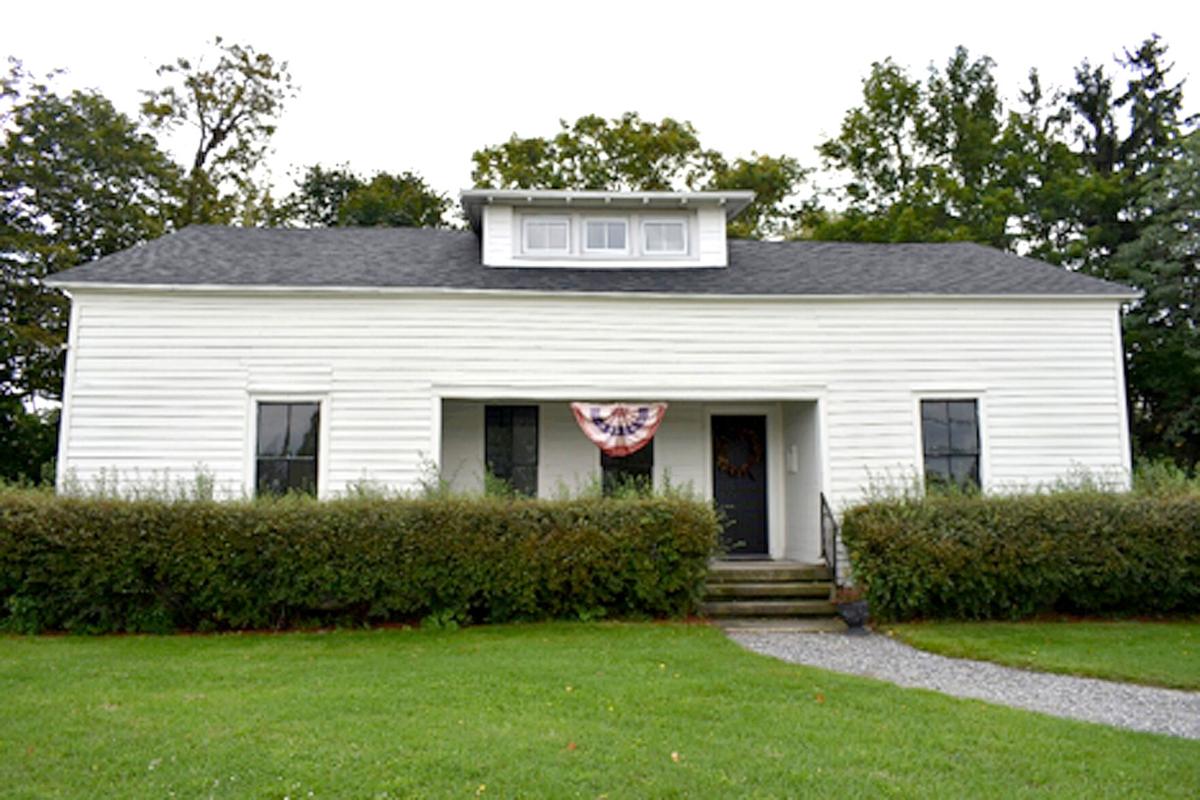 Forsyth Tavern, 5182 Ridge Road, was raised circa 1805 in the area of Cambria known as Warrens Corners. (Jim Boles / contributor) 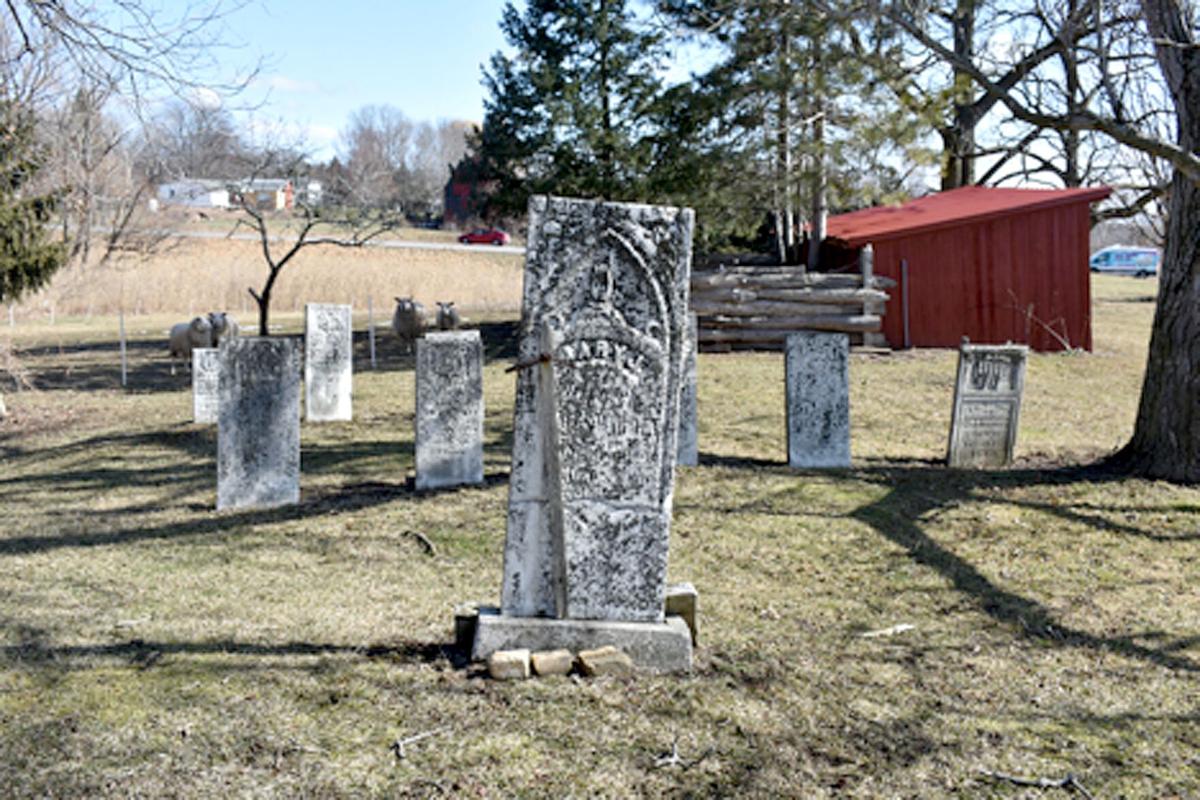 Forsyth Tavern, 5182 Ridge Road, was raised circa 1805 in the area of Cambria known as Warrens Corners. (Jim Boles / contributor)

As we celebrate National Women’s History Month this month, let’s pay tribute to Mary Forsyth, the pregnant pioneer woman with two children who helped her husband, John Forsyth, to open Forsyth Tavern, and continued to run it after his death. Mary later married a soldier from the War of 1812, Ezra Warren, and raised a total of 12 children. She is buried with her two husbands behind the barn on the old Forsyth property.

As the COVID-19 shutdown continues, local historical exhibits have been in hibernation. After getting my second shot of vaccine a few weeks ago, I was ready to venture out and check on the status of Forsyth-Warren Tavern and Farm. On my prior visit, the owner was progressing with restorations and planned to create a museum. I met with Tyler Booth, the knowledgeable proprietor. He gave me a tour and then we discussed the tavern.

Forsyth-Warren Tavern is the oldest building in Cambria and one of the oldest occupied buildings in Niagara County. Built in the early 1800s along Ridge Road (Route 104), an early trail in the Niagara Frontier originally blazed by Native American inhabitants, the building is now 225 years old. It endured many hardships over the course of two centuries: wars, deaths, harsh winters, bears, wolves and many rattlesnakes. During the War of 1812, Forsyth Tavern functioned as a U.S. military outpost, storing supplies and occasionally housing soldiers.

Today the historic Forsyth-Warren Tavern, emerging from neglect, is again fighting for its survival and trying to tell its story.

It is one thing to read about local history, but Tyler Booth sees an opportunity to literally step into history through a living museum. He envisions re-creating the setting of an early 19th century tavern and having period-outfitted guides interpret the stories of the time.

Forsyth-Warren Tavern is a rare gem from Niagara County’s past and it is being restored to its original state, not made into something else, not torn down and not reduced to just a paragraph in a book.

Made into a living museum, you’d understand Forsyth Tavern similar to the way you interpret the age and events that affected an ancient tree by examining its growth rings.

The tavern building was adapted as needs arose. The hearth was here, this wall was built for later expansion, the original front door was here where the floor changes.

A damaged spot on the floor next to the hearth fits with a story that Mary Forsyth told about leaving her young child in a basket, near the warmth of the fire, and returning to find a rattlesnake nearby, which she promptly beheaded with an ax. Hence, the scarring of the floor.

Large wooden beams are exposed, the hand-cutting and shaving revealed. It may always be a work in progress as the original tavern building and its 225 years of changes are slowly discovered and addressed.

KEY QUESTIONS ABOUT THE TAVERN

Whenever I interview the owner of a historic house in Niagara County, the conversation eventually comes around to two subjects: Is the building haunted and was it involved with the Underground Railroad? The owners always have stories to tell.

Is Forsyth-Warren Tavern haunted? This is not an unusual question about an old building. Every older house seems to have stories of ghosts. Some people believe they are haunted.

These houses have been around many years and they existed at a time when people were born, lived, worked, became ill and died on the same land. Early on, there were no hospitals or funeral parlors, and doctors, if available, were summoned for home visits. If there was land, there may be a small graveyard on that property as well.

All old properties carry stories of ghosts. Whether you believe in the subject or not, it is interesting that many choose to believe. I think ghost stories are another way for a building to tell its story.

Forsyth-Warren Tavern and Farm has a graveyard where departed family members reside on the hill at the edge of the property. All of the known burials have been documented, including that of Mary Forsyth and her two husbands. There is one unknown grave in the cemetery.

On the property, there have been sightings that could not be explained. One vision, reported by different visitors, is of several men in trousers, bare-chested, standing outside. Speculation is they’re field hands working on a hot day or men washing up at the old wells. A visitor with psychic ability told of seeing a small boy with several adults leaving a buggy parked in front of the tavern and carrying a leather satchel containing important letters, which are said to be hidden in the tavern. As old walls are removed in 2021, Booth is still searching for those letters.

Was Forsyth Tavern part of the Underground Railroad? The research in Niagara County shows that key individuals who were involved in Underground Railroad activity are connected to the tavern and its owners. There are several spaces in the building that seem to have been constructed for no good reason.

One of the interesting things that happens to occupied older homes is that people with some connection in the past visit and share their stories.

A few years ago, a 97-year-old man stopped by the Forsyth-Warren property with his relatives, and as he entered the building he quickly pointed out the hidden spaces above the kitchen. It seems that as a young child, when he lived in the house, he was told that those spaces were used in Underground Railroad activity.

The tavern and its connections to the Underground Railroad are compelling but need further investigation.

As Niagara County reviews its future and resources, one of the key positives is cultural tourism. The enhancement of its assets has been quietly going on for years and is already showings economic benefits. People are coming to Niagara County not just to see the magnificent Niagara Falls but also to visit The Underground Railroad Museum, the Niagara Power Project exhibit, Fort Niagara, Castellani Art Museum, Erie Canal Discovery Center, the canal locks, the Niagara County History Center exhibits, the historic Lockport Mill Race cave. The wineries, breweries, distilleries, restaurants, the Olcott Beach Carousel Park and shops, antique stores, fruit and vegetable stands and many more attractions abound.

Forsyth-Warren Tavern sits on the historic Ridge Road and the Niagara Wine Trail, which means it fits in with where the county is going with promotions to visitors. Niagara County and the town of Cambria are blessed to have this historic property ready to fit into their overall plans.

It is interesting to note that, at the first sign of activity in the tavern building when Tyler Booth began its restoration, there was an outpouring of donations to his cause, in the form of artifacts connected to the tavern.

Cambria residents who had bought something over the years, or had in a family collection a related object, turned it over for Booth’s living museum. Farm items, dishware, furniture, letters ... and they’ re still coming. People were enthused to see something being done with the old, abandoned building. And, they were happy to return items to their original home.

Starting a new enterprise is difficult and requires support from the community, which Booth has. All of the events that Forsyth-Warren Tavern hosted before the Covid shutdown were successful.

Progress is being made. The tavern is now listed on the National Registry of Historic Places. Its application for a New York State Provisional Charter as a historical museum was approved and a not-for profit board of directors has been formed.

When I visited Booth a few weeks ago, he was in the midst of “phase three” of tavern restoration, which involved taking the floors back to the original, wide hemlock planks. He had hammer in hand, and was working away, when I arrived.

Booth said Forsyth-Warren Tavern will host a few events this year: An open tour and the popular candlelight tour. He also said he remains committed to working with the Town of Cambria to realize his goal of establishing a living history museum.

Meanwhile, Forsyth-Warren Tavern is a resource for researchers and volunteer helpers, in the areas of archaeological digs, architectural history, privy digs and historical documents research. Many good volunteer and student opportunities are available.

For more information. go to www.forsythtavern.com, or send an email to theforsythtavern@gmail.com.

Jim Boles is a Lockport native with a keen interest in local history and cultural tourism. Contact him at jamesboles47@gmail.com; and check out his blog: vanishingpast.com.