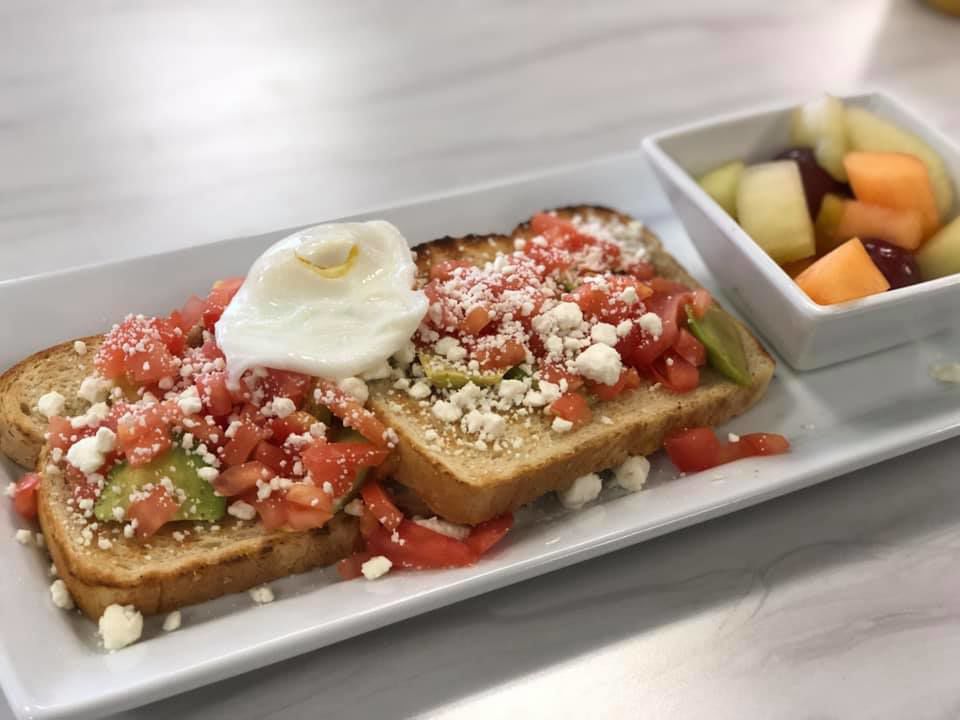 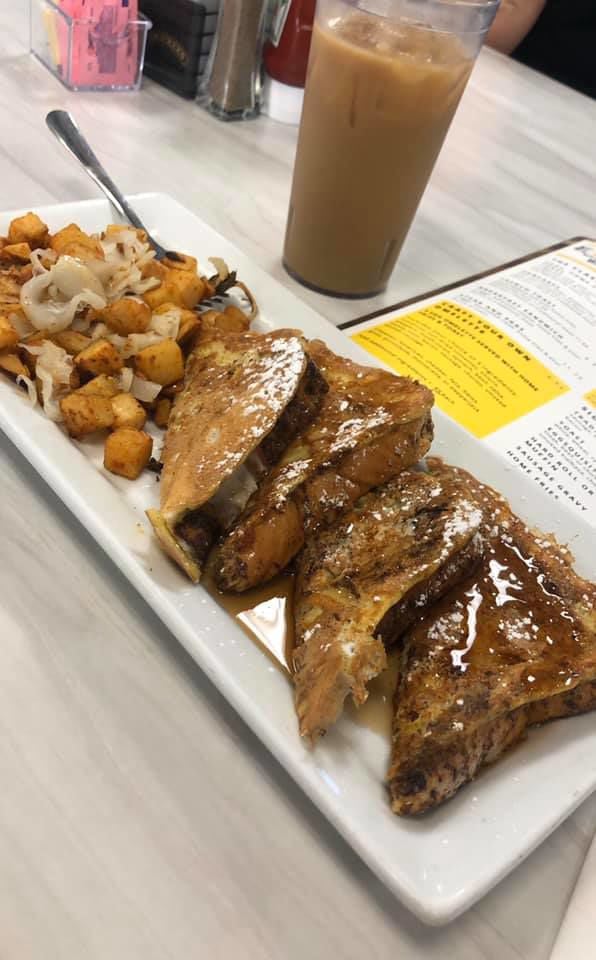 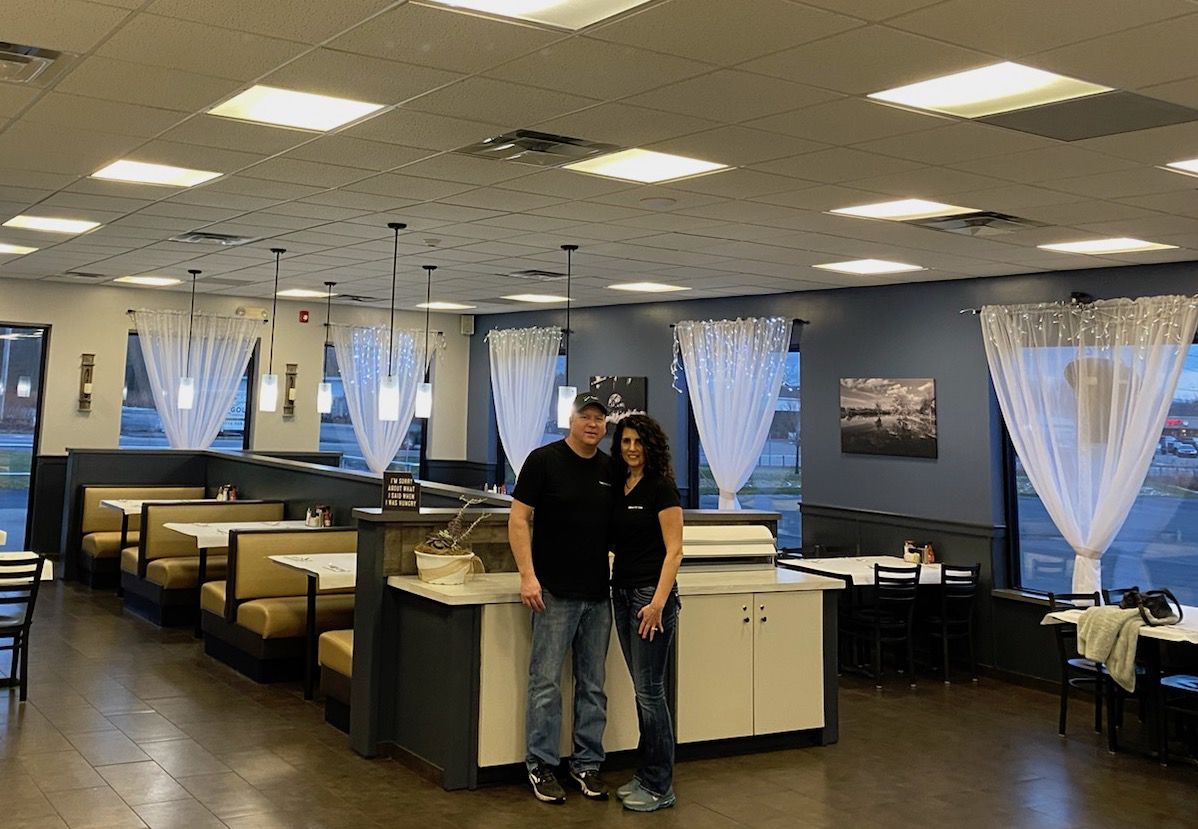 Tim and Danielle Longo of Eggsquisite Eats on Grand Island. 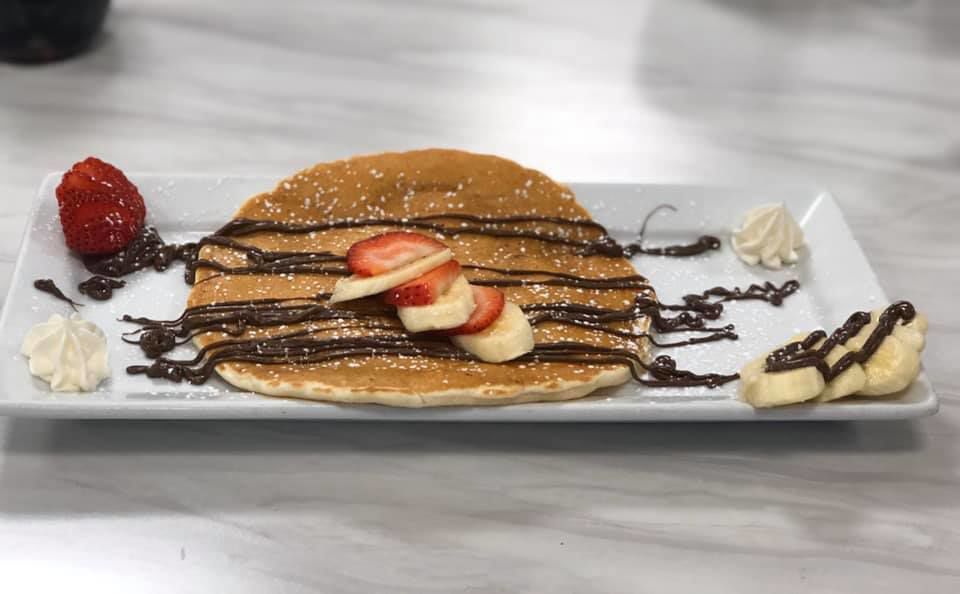 Tim and Danielle Longo of Eggsquisite Eats on Grand Island.

A new breakfast and lunch restaurant opened in October on Grand Island offering traditional diner favorites and some specialty items including a flight of Belgian waffles, each boasting a different topping of the diner’s choice.

Tim and Danielle Lango of Orchard Park opened Eggsquisite Eats at the southern end of Grand Island Boulevard, in a building that was once a Chinese restaurant and later a hot dog cafe.

The restaurant is a dream come true for Tim, who has been harboring a desire to open his own place since he worked for a couple of different family restaurants nearly 20 years ago.

While spending the next couple of decades in the insurance industry, he perfected his recipes and his ideas, and finally found the right location on Grand Island, in the same plaza as Aura Salon and Spa, where his daughter, Gabrielle, works as a manager.

“I decided to take a leap of faith and it’s been great,” he said.

His wife Danielle did the decorating, adding some photos and wood touches, warming up the walls with a rich blue hue and adding new lighting. She helps out on the weekends while working full time as a principal at Charlotte Avenue Elementary School in Hamburg.

Gabrielle helps out on Sundays when the Aura Salon is closed while daughter Samantha, 13, a middle schooler, and son Zachary, 27, a tattoo artist at The Tilted Rose in Williamsville, mostly enjoy coming into the restaurant to eat, Tim joked.

He said that while some people comment on the distance from Orchard Park to Grand Island, it’s really just 30 minutes door to door and he said he drove much more when he was working as a district manager for Combined Insurance.

The couple was drawn to the island because not only did Danielle lived on Grand Island for a time, but they have other family and friends who live there.

The Langos are very happy with how business is going. They have no plans to franchise or expand Eggsquisite Eats. “I’m looking to maintain and keep putting out high quality foot at a reasonable price and a nice atmosphere,” Tim explained.

They do plan to implement new specials including early bird specials from 6:30 to 8:30 a.m. where customers can get a drink and a choice of five breakfasts for $5.

When asked what customers seem to be especially enjoying on the menu, Tim said, “We sell a lot of omelettes, people love the omelettes,”  and added that he’d had a few southerners come into the restaurant and rave about the sausage gravy.

“They also love the Eggs Benedict options,” he added. “And both our strawberry avocado and avocado toast are huge hits. We sell a ton of those.”

Other specialty items include  the mini-Belgian waffles flight for $9.45, the Irish Benny with corned beef and rye toast, for $10.50 and the Nutella pancakes with strawberries or bananas for $9.45. Lunch offers a variety of  sandwiches, burgers, paninis, soup, chili and salads, including a chicken souvlaki salad and a Pittsburgh salad which is served with criss-cross cut fries and chicken or steak atop mixed greens. Both breakfast and lunch items are available any time.

The restaurant, located at 1752 Grand Island Blvd., off the 190 expressway, is open every day from 6:30 a.m. to 3 p.m. except major holidays. For more information visit on Facebook or at www.eggsquisiteeats.com.

(Editor’s note:  A recent family visit to Eggsquisite Eats confirmed this is a lovely diner offering upscale breakfast and lunch items, with beautifully presented food of high quality, including the airy waffles, and the very rich and savory sausage gravy.)