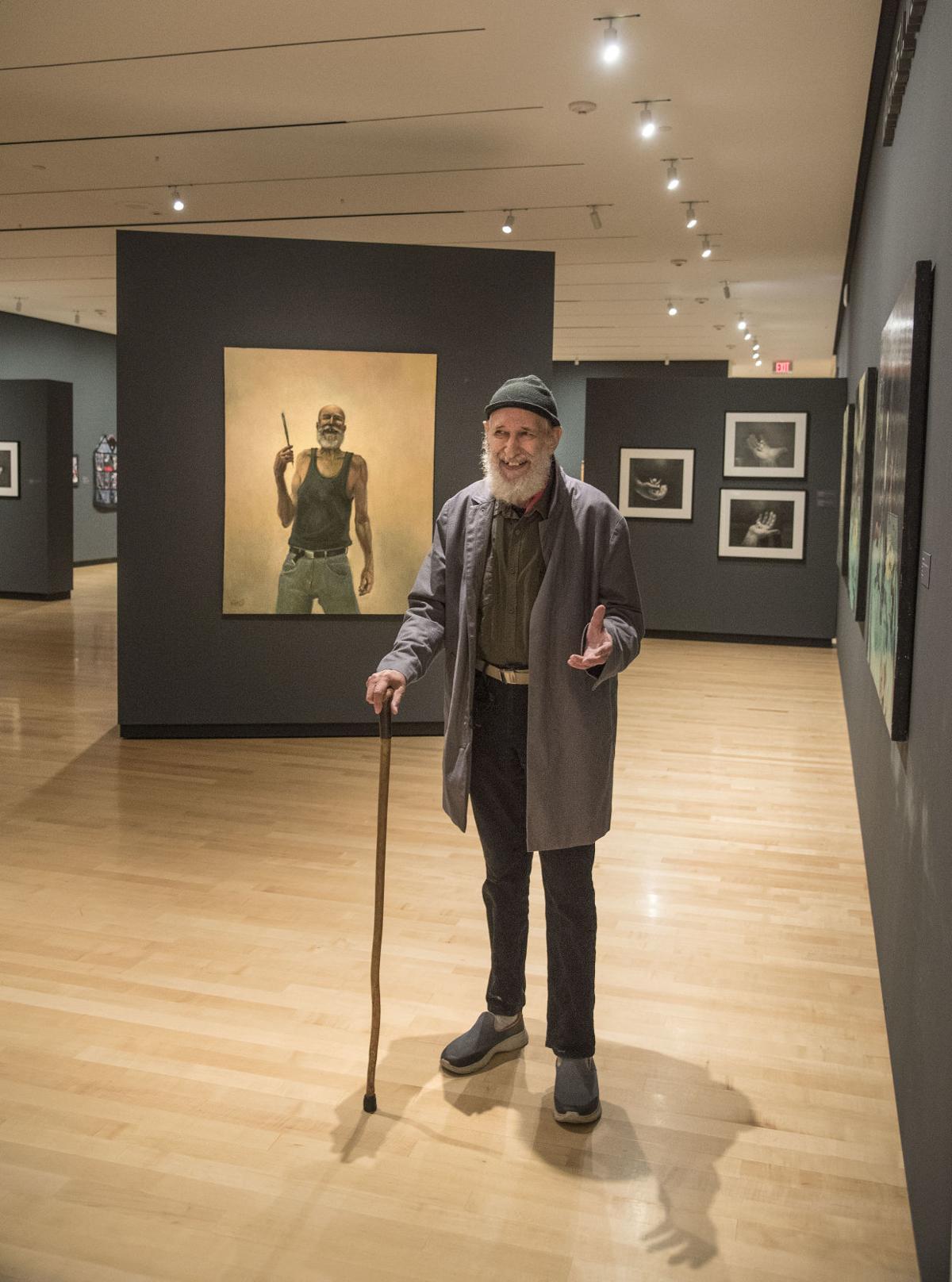 Niagara Falls artists Jonathan Rogers stands in the exhibition of his works titled Jonathan Rogers, The Complexity of Life in the Margaret L. Wendt Gallery at the Burchfield Penney Art Center iin Jan. 2019. 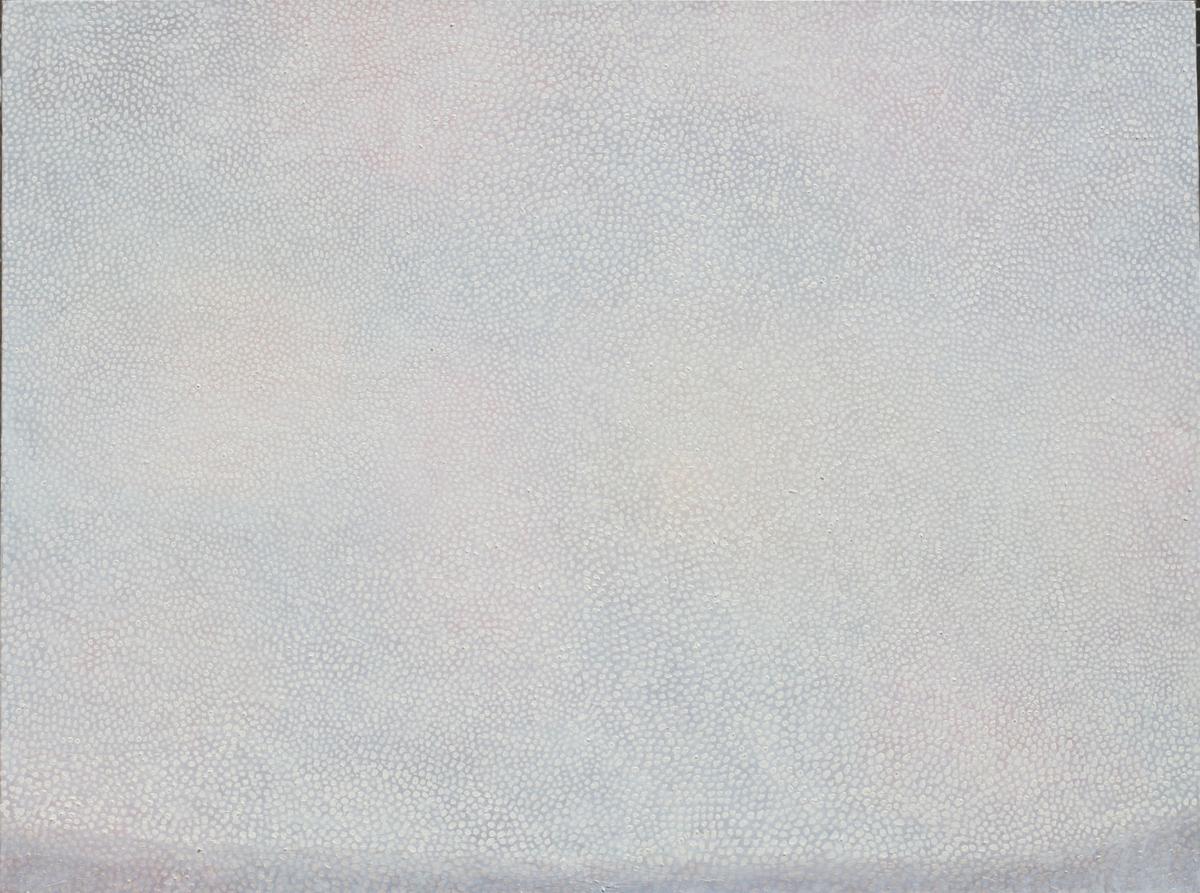 Jonathan Rogers painting depicting his download of the "white light."

Niagara Falls artists Jonathan Rogers stands in the exhibition of his works titled Jonathan Rogers, The Complexity of Life in the Margaret L. Wendt Gallery at the Burchfield Penney Art Center iin Jan. 2019.

Jonathan Rogers painting depicting his download of the "white light."

A couple years ago, after lifelong study, research and experiments about consciousness, transcendence, God, religion and all that, I was enjoying a state of stillness, willing to go along with whatever might be revealed in the moment.

It was not an unfamiliar state to me, but what it revealed and where it took me was sensationally different. I emerged from this physical world into what I call Infinite Intangible.

Like many another soul, I had experienced Infinite Intangible before accompanied by sudden expansion of knowledge and consciousness but this was the first time I was enveloped in “white light.” It was not exactly white light, but the description appears to be widely recognized according to reports. It will do. It was not just the so-called white light that was stunning but the realization of an Infinite Consciousness. No text, no words, no persuasion, it was wholly felt, intuitively recognized and understood. I herewith claim that there is an after-life of immense challenge and satisfaction awaiting.

Exhilarating. Epic. Not describable. I tried, but words failed me. There was no near-death, no out-of-body, just me comfortable in my chair with a cuppa’ coffee when it happened. It simply changed everything and gave me a stunning new assessment of life in all its complexity. At my age, 83, I am no exception to awareness of my own sooner rather than later death, but since my white light event my concerns ceased and to date have not returned.

I had the desire to tell everybody about my stunning event but I needed to be able to describe the experience rationally and I had hesitation due to fear of failing to make it understandable and of it being dismissed as delusional. I had nothing to objectively confirm or validate my experience thus I had no evidence that would contradict that ominous label. Then came a possible validation from the famous Tibetan Book of the Dead, which matched my experience persuasively: “This great blazing mass of light is enlightenment itself, it is the natural mind, it is the essence of your own mind.”

Such simplicity and clarity. I was a tad chagrined that I had not been able to state my experience so plainly. I was in a state of stark wonder, that’s why! Besides — that’s one helluva realization ain’t it? It has taken me until lately to get it under some kind of communicable framework. No beliefs, no ideology.

The important thing is the realizations, not just the so-called white light.

I know what it’s like to get an exciting idea, I have had many, many, many. This was not an idea, it was an actuality outside of myself, not inside like thought. Not something that I did, not an action, not a thought process but simply an unanticipated transcendental change of state, dimension, whatever.

I am now aware that my story can be referenced to many sources sufficient to validate if not verify my experience. It’s not just me. The internet has many reports and testimonials, much continuity, they cannot all be bogus. The critical difference between my event and reported events is that I was not compelled by conditions. I was neutral. I was simply willing. I was uninformed about the white light phenomenon beyond noticing a few reports about it over the years always associated with some near-death crisis, medical emergency or near fatal injury. I was in good health, still am, not near death — I mean, other than being old.

The knowledge, the realization, that this was Infinite Intangible came instantly. I encountered a “Presence” other than me, other than us, other than this world. There is no explaining it scientifically that I know of. The Presence has an affinity for the traditional God of Christianity, maybe because I grew up conventional Christian influenced by the Bible. Early influences shape our later perceptions.

Infinite Intangible is an individual’s subjective experience and cannot be reliably described because to do so means intangible must be “downloaded” through mind into tangible thus there is no way to convey the feeling, essence, magnitude, duration — nothing translates or downloads in a way that creates a recognition like, say, the word “rain.” “It was a misty rain all day,” or “rain poured down for an hour.” We get it. Infinite Intangible just does not work that way. The effort to explain and describe it is exhausting — well, it is for me anyway — but it is so powerful an experience that I feel compelled to try.

It’s the best I can do to verify the sense that humans have always had since forever — that there is Infinite Intangible to recognize, acknowledge, accept, worship, deify, confess and surrender to, be forgiven by, redeemed by, inspired by and that there is continuance after what we know as life. It’s called by a multitude of names and identities throughout history and throughout humanity.

Not a day goes by that we do not hear some reference to it — God forbid, God bless, honest to God, hope to God, God only knows, oh my God etc.  Means nothing, just a word. But, it symbolizes what we all tacitly acknowledge and spontaneously express. I believe there has never been anyone ever, ever, ever who has not prayed. To what do we pray, pray tell? Everybody knows.

Humanity’s acknowledgement over the millennia of a power greater than ourselves demands more of an explanation for me than reasoning can provide. Trouble is  — it cannot be explained, it can only be experienced and only by the individual — although love may be the exception here. Love? Mercy! I could write a book.

In my opinion the fact that I was not dying or in a medical crisis presents a very different understanding of my white light event, although the awareness of my statistically imminent demise must surely have been an influence. Instead of being transported into the experience it was voluntary yet unanticipated. Unexpected to say the least. This presents a different aspect for understanding it than anything I am aware of, but surely I cannot be the only one to experience it.

In an attempt to communicate the visual aspect of the experience, I painted it. I have a keen visual memory of it, I’m an artist, and while the painting falls far short of conveying Infinite Intangible, so do words. The painting, feeble as it is, came out of my motivation to somehow convey my own sense that what awaits us is absolutely profound, although if you did not know what the piece represents you might be less than impressed. I hope that for those who have “been there,” it will be recognizable.

The painting symbolizes a transcendental experience I am committed to depict in such a way as to be recognizable, but is without a doubt my most difficult rendering ever. It works for me as far as it does, which is not very far, but it’s something. When I get a peripheral view or a spontaneous glimpse I get a buzz from the authenticity of it. There is an anomaly in the piece which I added, it’s my license OK? It’s the darker area along the base, it works like a “bass” line in music. It represents “this world”, but in fact it did not appear in my experience, I simply added it to the painting because it satisfies me, the painter, so there. You can cover the darker area and get the real thing.

Despite my rapture about Infinite Intangible I am in no hurry to die no matter how great the afterlife is revealed to be. I am currently still enjoying the challenges and rewards from my survival instinct in this material universe. My senses and energies are fading with age but my appreciation is steadily being enhanced. I am in no hurry to go to heaven. I would definitely jump out of the way of a speeding car.

Jonathan Rogers is a Niagara Falls artist whose worked has been showcased throughout the region and the world, including exhibits at the Burchfield Penny Art Gallery. He can be reached at jonathanrogers@aol.com.

“I herewith claim that there is an after-life of immense challenge and satisfaction awaiting.”