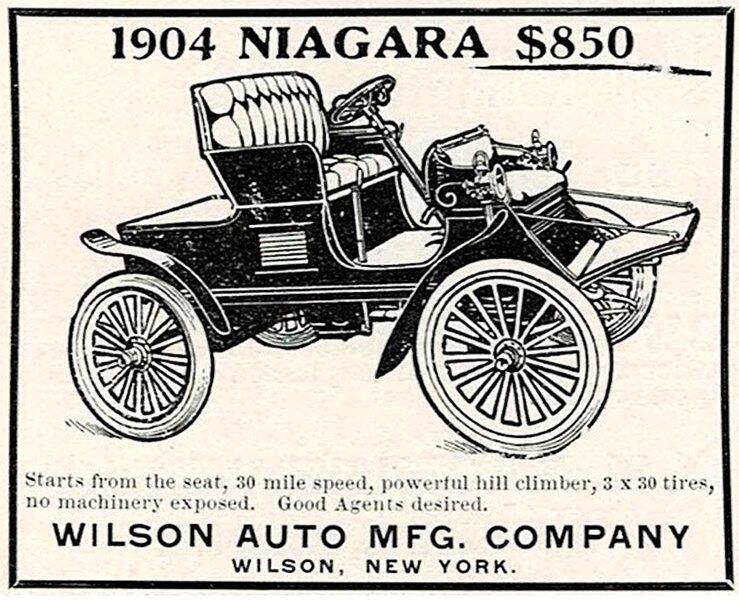 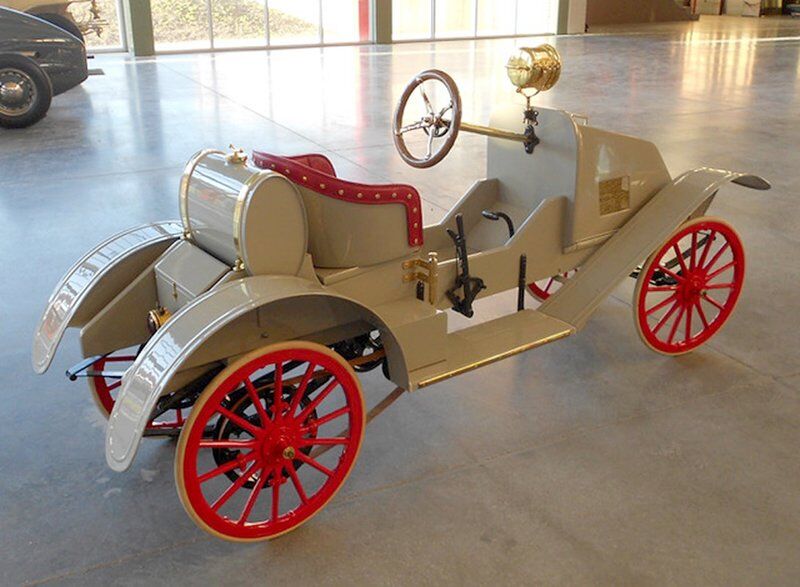 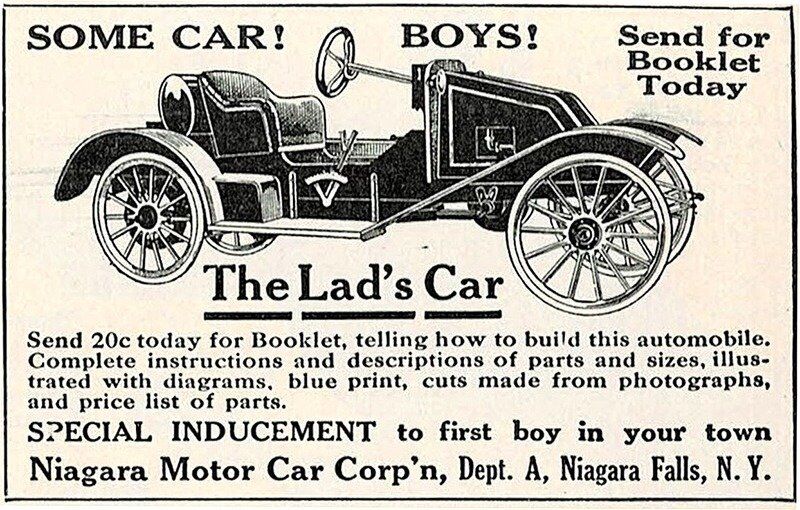 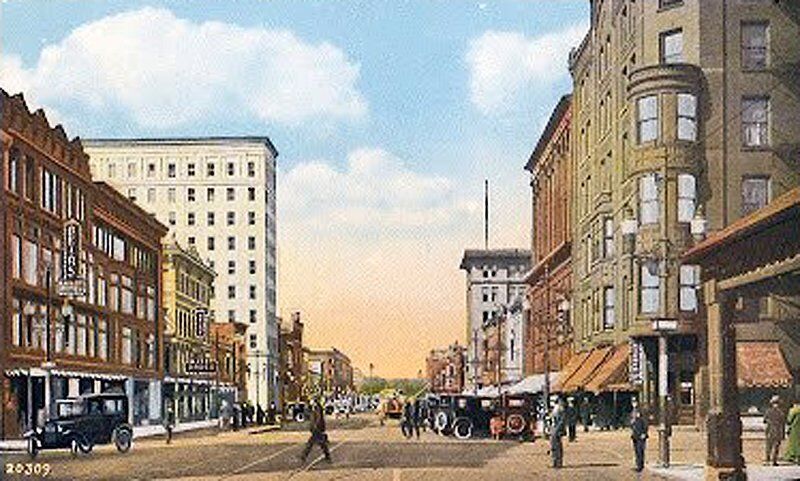 On September 11th at the Niagara Power Vista, in Lewiston, there was an event organized by the Tesla Owners of New York State that for many heralded local announcement of the coming of the electric automobile. It reminded me of that point in American history, at the end of the 1890s, when the first horseless carriages were invented. It was a time of great change and innovation.

The September event was a gathering of electric autos at a place in Western New York where there is ample hydroelectric power and Nikola Tesla’s inventions are used to transmit it for free, onsite battery charging. Vehicles both electric and hybrid (gas and electric), of all makes, were there: Teslas, Hondas, Chevrolet Volts, Hyundai, Nissan Leafs; and the owners, early adapters of the new technology, were standing nearby to answer questions.

Many of the visitors to the event did not own an electric automobile, they were simply curious and had a lot of questions about the future. How does an electric car work? Where is the battery? Are these really going to replace gas-powered cars and trucks? How far can you go? And, wondering out loud, will I eventually have one?

Today is a time of technological innovation, driving predictions that many vehicles sold in the near future will be electric-powered. The change is coming; Tesla vehicle owners say it's already here.

The rapid switch from horse-drawn wagons to motor carriages with gas, electric or steam power, at the end of the 1800s, was also a time of confusion, hesitation, experimentation, and the creation of new fledgling businesses.

Many of the producers of the new motor buggies were local, so I decided to investigate what Niagara County-based businesses did at the end of the 19th century to meet the challenge of the coming horseless age. What I found was surprising.

Niagara County was a region of motor vehicle pioneers. According to my research the self-made engineers residing in Niagara Falls, North Tonawanda, Lockport, Gasport and Wilson started a number of companies that produced at least a prototype vehicle during this transition period and, just as important, they were inventing and experimenting with new designs.

— In North Tonawanda, the Herschell-Spillman Company and the Starin Company.

There were other firms set up to produce vehicles and components. A thin history remains as to whether they produced a vehicle; many of the shops and their tooling were subsequently bought out and utilized by other companies. This was a fast-moving industry. Trade publications such as the “The Horseless Age” (1895-1918) contained ads for vehicles, transmissions, radiators, frames and engines from the Niagara County companies.

Of note: New York State — always progressive — required that motor vehicles be registered in 1901; it was the first state to initiate this. Early license plates were hand-made with the owner’s initials. In 1910 the state began to produce official New York plates.

Conversion to the motor from the horse was simpler at the turn of the 20th century since any enterprising blacksmith shop could fit power to a buggy. One main concern was the noise as horses mixed with motor vehicles on the street and were easily startled. (Though, in hindsight, people realized horses did have some downsides.) Electric and steam powered vehicles were quieter. The early gas motors could be loud, due to the poor-quality gas and lack of refinement in the fueling of the engines. For a while it looked like smooth electric power would dominate.

Whatever the power, the local innovators had to contend with strong skepticism from investors and the public. The horse, which had served man for a long time, was a tough competitor.

Of the many interesting vehicles developed in Niagara County, here is some information about two of special note. (I'll highlight more of these vehicles in a future article):

— The Niagara Motor Car Company produced an unusual car called the “Lad’s Car.” This was from a category of cars known at the time as Juvenile cars. They were small and could be handled by a younger person but were also used as a run-about by adults. The Lad’s Car had a single seat and a 3- to 5-horsepower, one-cylinder engine. The car was sold mainly in kit form and the company claimed it was the first kit car on the market. The Lad's Car could be licensed for the street. The exceptional Pierce Arrow Museum in Buffalo has a beautifully restored Lad’s Car on display.

— The Wilson Automotive Manufacturing Company produced the “Niagara” car at the Brooks Machine Shop on Young Street in Wilson. Stanley Dwight, George Brooks, Joe Whiteside and George Whiteside produced the first prototype. With a turn-of-the-century date, the Niagara was a very early car. It was a two-passenger runabout with a single cylinder 5 horsepower motor.

Just as in the early 1900s, the prediction today is that many of the vehicles sold in another 15 years or so will be electric-powered. Is there anything to be learned from the rapid change from horse-powered to motorized transportation?

For the new horseless buggy to succeed, it had to be refined and smoother running. The infrastructure had to be available — stations for re-fueling and repairs — and the cost had to go down.

It only took about 15 years for the streets of local towns to have more cars and trucks than horses, but initially the early cars were too expensive for the average person. Henry Ford’s Model T is credited as providing a competent, lower-cost vehicle to the public. Introduced in 1908, it initially sold for $590; in 1915, due to a reduction in manufacturing costs, the price was down to $390.

What are the lessons learned from looking at this early transportation history?

One, the change will come quicker than we thought.

Two, the infrastructure will have to improve.

Three, for the public to embrace the new vehicles, we will need to see a modern-day equivalent of the Model T Ford, that is, an electric vehicle that's as good as any existing gas-powered car or truck, for a reasonable price, with ease of use and ample range.

This electric vehicle is currently not available.

Another serious matter, during the transition, involves livelihoods. Businesses selling and servicing gas-powered vehicles will gradually be eliminated or converted to businesses that sell and support both gas and electric vehicles.

So, with the rise of the horseless buggy, what did they do with the horses? The horses were sent to the country. They were slowly phased out along with many subsidiary businesses like blacksmith shops. This was unhurried in rural areas; the horses were still used for farm work.

As electric vehicles gain market share, what will we do with the gas-powered vehicles? A Sept. 24, 2021 article in the New York Times, "Why Rural US Roads May Resemble Cuba's," suggested the displaced cars and trucks will likely survive for a long time as they're used and maintained in rural America.

In other words, it looks like the horses headed for the country and ultimately gas vehicles will also be rounded up and join them, sheltering in place in the countryside.

My thanks to the Tesla Owners Club of New York State, Pierce Arrow Museum and Lockport Public Library for sharing resources that helped to inform this article.

Lockport native Jim Boles is the operator of Vanishing Past Press, whose aim is to develop, publish and market works of scholarship and cultural importance concerning under-examined and unexplored local history. Contact him at jamesboles47@gmail.com.