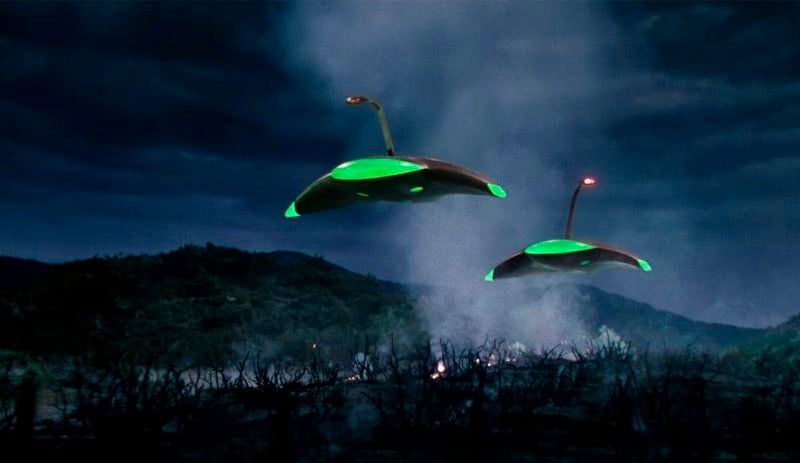 Martians have landed near Los Angeles in “The War Of The Worlds,” from 1953. 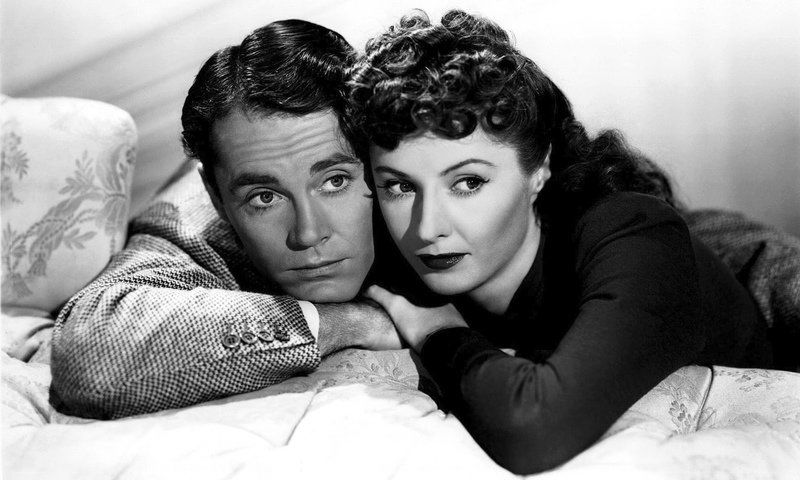 Card sharp Barbara Stanwyck has her eyes on wealthy biologist Henry Fonda in “The Lady Eve.”

Martians have landed near Los Angeles in “The War Of The Worlds,” from 1953.

Card sharp Barbara Stanwyck has her eyes on wealthy biologist Henry Fonda in “The Lady Eve.”

Here’s a tasty bit of trivia. When he was a child, special effects wizard, cinematographer, and director Byron Haskin survived the San Francisco earthquake of 1906. If the city had been whole, young Byron would have celebrated his 7th birthday with smiles and joy four days after the quake.

Over the course of his Hollywood career, Haskin was nominated four times for a special effects Oscar. He didn’t win, but he did receive a Technical Achievement Academy Award in 1939.

Between the earthquake and his prodigious sense of dramatic invention, Haskin was a natural to have directed a movie as entertaining as “The War Of The Worlds,” which was released in the summer of 1953.

The Criterion Collection has issued a 4K restoration with new sound of the feature on DVD and Blu-ray. The rich Technicolor photography by George Barnes positively glows. I would love to see restorations from Criterion of two other science fiction thrillers from the '50s, “Invaders From Mars” (also 1953) and “Them!” (1954)

Based on H.G. Wells’s novel, the setting for “The War Of The Worlds” has been switched from London to Los Angeles, but the premise is the same. Inhabitants of Mars must flee their dying planet and Earth is chosen as a new home. Large meteor-like pods slam into the desert scrubland in the California hills around L.A. and soon, because of the unforgettable Martian manta ray-shaped machines and equally memorable pulsating laser weapons, humanity is doomed.

Gene Barry plays Dr. Clayton Forrester, a nuclear scientist who is fishing not too far from the landing of the first Martian invader. He soon joins the residents of the nearby town, including librarian and possible love interest, Sylvia Van Buren (Ann Robinson), in the ensuing chaos and ultimate battle against all odds. The “Van Buren" name is a long-standing sci-fi movie inside joke.

Written by Barre Lyndon and narrated by Sir Cedric Hardwicke, the fast-paced movie (it runs a lean 85-minutes) focuses its visual energy on the importance of the United States military and the power of the era’s atomic bomb in attempting to repel the invaders. Many science fiction movies of the 1950s were centered around the use or misuse of atom bombs.

In another note of trivia, Barry and Robinson have cameo roles as the grandparents of Tom Cruise’s children in Steven Spielberg’s loud and loopy 2005 remake of the “The War Of The Worlds,” which felt even longer than its 116-minutes.

Criterion has delivered the goods regarding its myriad extras, including an informative documentary about how the film’s sound was created, and a commentary track featuring Joe Dante, who directed “Gremlins” and “The Howling.” There’s also actor-director Orson Welles’s famed “War Of The Worlds” radio broadcast in its entirety, and a 1940 radio chat between him and British author Wells.

Haskins’s “The War Of The Worlds” is a true classic, a superior example of traditional studio filmmaking, with the legendary George Pal producing its Oscar winning visual effects, although as director, Haskin didn’t share in the award. The movie, with its heightened suspense, is a lot of fun.

BARBARA STANWYCK AND HENRY FONDA STAR IN THE LADY EVE: Director Preston Sturges enjoyed combing farce with a glorious understanding of the spoken word. There are sections of dialogue and turns-of-phrases in his best movies that absolutely dazzle. His string of great 1940s comedies, all of them a glorious mix of zany characters and sharp wit, are led by two masterpieces. Amazingly, both are from 1941.

One is “Sullivan’s Travels,” about a filmmaker’s journey of self-discovery, and which the Criterion Collection has long had available in its catalogue. Criterion has now released a gleaming black and white, 4K restoration on DVD and Blu-ray of “The Lady Eve,” one of the all-time great screwball comedies.

Henry Fonda plays Pike, a sensitive biologist and heir to a brewery fortune. He’s on the ship with a snake he’s discovered in the Amazon rain forest. You know the rules, if there’s a snake in the screenplay, you have to use it somehow.

We’re boating along the South American coastline when romance rears its fizzy head. Con artists aren’t supposed to fall for their mark. Does Jean suddenly develop a conscience? Can she handle the possibility of Pike rejecting her? And who is the wealthy, quick-fingered Lady Eve Sidwich?

Sturges, who wrote and directed, rings the comic bell repeatedly. Watching the battle of wits unfold between Jean and Pike is scintillating.

“The Lady Eve” offers a magical performance from Stanwyck and a delightful turn by Fonda. The cast of supporting character actors was chosen perfectly. The movie also provides something extra, Sturges delivers a potent sense of emotion. The film is pure cinematic gold.