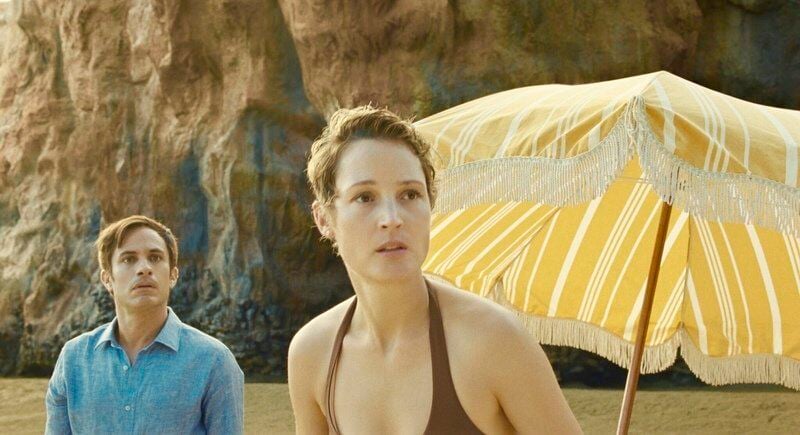 Gael Garcia Bernal and Vicky Krieps are caught up in mysterious goings-on in “Old.” (Universal Pictures) 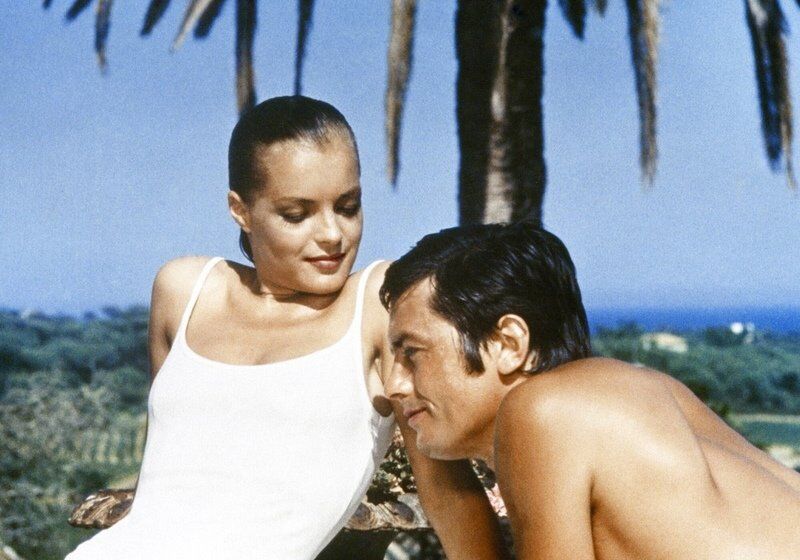 Romy Schneider and Alain Delon in a moment of calm in “La Piscine.” (The Criterion Collection)

Gael Garcia Bernal and Vicky Krieps are caught up in mysterious goings-on in “Old.” (Universal Pictures)

Romy Schneider and Alain Delon in a moment of calm in “La Piscine.” (The Criterion Collection)

Ah yes, the summertime blues. The humidity howls and the dog days of August are coming.

There’s nothing quite like a swim in the ocean or a dip in a deluxe swimming pool to cool one’s body. Regarding this week’s two movies, perhaps the water might trap unsuspecting people in a mysterious maze of complications. Some the result of horrific occurrences. Some the result of sexual dynamics.

Writer-director M. Night Shyamalan generates cinematic treats that offer a bite of O. Henry, a spot of Alfred Hitchcock, and a twist out of Rod Serling. His latest metaphorical mystery is titled “Old,” which is playing only in movie theaters.

“La Piscine” is a psychological thriller from 1969, which has been glowingly restored by The Criterion Collection and is now available on DVD and Blu-ray. The French film created a sensation when it was released because its story about obsession and manipulation dovetailed with the sexual freedoms of the 1960s.

In Old,” Shyamalan wastes no time in setting up his premise. Happy people, including families with children, are enjoying their vacation in a lovely tropical locale in the Caribbean.

An employee of the resort where they’re staying has a surprise for selected guests, including a rap superstar and his girlfriend; a surgeon and his wife, daughter, and mother; a young married couple, and the main focus of the movie – characters played by Gael Garcia Bernal and Vicky Krieps and their two young children, a girl and a boy.

He tells them about a secret hidden beach he claims is very special. Would they like to go there? Of course, who wouldn’t? Well, maybe people who’ve seen a lot of horror films wouldn’t, but there’s a movie that needs unreeling.

The premise of Shyamalan’s little puzzle is in the title. Visitors to the beach slowly begin growing old. The already mature will face an early doom. Waterborne bodies float by. Soon Gael and Vicky’s kids are becoming a little too buxom and coltish. The aging of all concerned takes place in stages. In essence, people start staggering to their demise. The mystery blossoms, but then “Old” becomes waterlogged.

The repetitive middle-stretch turns tedious. The dialogue throughout is laughable and consists mostly of variations on: what’s happening, what’s going on here, and, my favorite – something’s wrong with this beach. No, really?

It doesn’t help that an actual attempt at “acting” is nonexistent. There’s not a solid performance in the picture. The sight of a mom and dad staring at the post-pubescent growth of their son and daughter isn’t scary at all. In fact, it’s rather creepy, but not in a good thrills and chills way.

Why don’t they all just escape the beach? An unexplained force prevents folks from fleeing the sandy cove, sort of like Luis Bunuel’s “The Exterminating Angel,” albeit less existential.

Shyamalan uses up his bag of tricks quickly, and then you sit waiting for the explanation of what’s going on. I would never tell the ending of any movie, but I can tell you that “Old” is no day at the beach.

CRITERION DOES IT RIGHT. “La Piscine” (“The Swimming Pool”) is about attractive, comfortably well-off people and the passion for not only creative writing, but also lust and seduction. The new 4K restoration is superb. The film has some cinematic progeny.

There were three versions of “La Piscine.” The European actors and actresses all spoke English; therefore, theaters had a choice of showing a shorter, cast-dubbed English version, or the full-length, cast-spoken French-language edition. There was also a trimmed, French-subtitled option for prudish countries. Criterion has restored of all the footage, thus the running time is the complete, original 122-minutes for the French version. The packaging also includes a second disc with the English-language edition.

“La Piscine” is about a friendship disintegrating into anger. The boiling point for simmering jealousy, male-female possessiveness, and the hint of violence are at the core of the story. Directed by Jacques Deray, it’s set on the Cote d’Azur in the summertime.

The film stars Alain Delon as a writer, Romy Schneider, Maurice Ronet, and Jane Birkin. Schneider and Delon had been married, but were divorced when the movie was made. The sense of their real-life relationship is palpable when they are on-screen together. Actress Birkin was also a singer, but she may be best known for having the ultra-expensive purse from Hermes named for her. Yes, the famed Birkin Bag, which can retail for between $40,000 and $500,000.

The Criterion release of “La Piscine” has loads of extras, including archival footage featuring the cast and director, an analysis of the importance of the film, and a richly detailed 2019 documentary, “Fifty Years Later,” which includes interviews with Delon and Birkin.

All three beautifully photographed “swimming pool” movies are worth watching and would make a terrific triple feature for a rainy August day.