PixarBlack culture and the world of jazz is explored in the new animated feature, “Soul.” 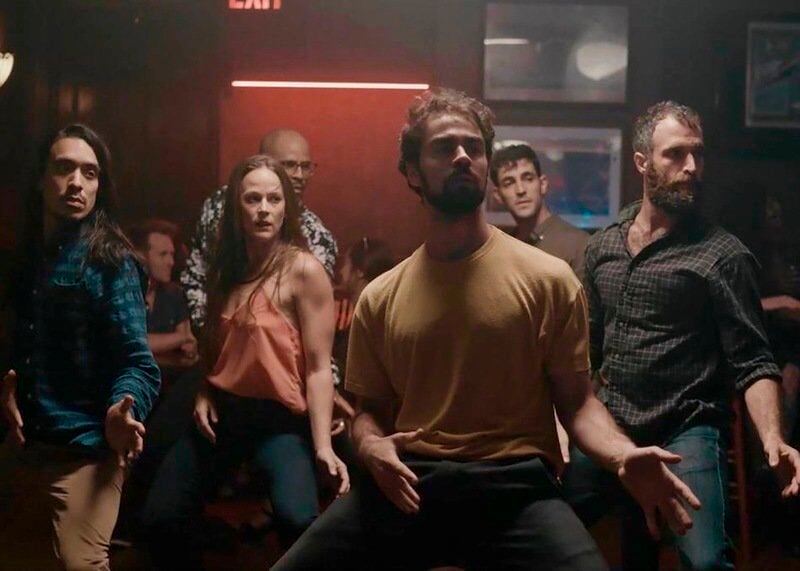 Strand Releasing“Aviva” tells a story about a relationship through dance.

PixarBlack culture and the world of jazz is explored in the new animated feature, “Soul.”

Strand Releasing“Aviva” tells a story about a relationship through dance.

Deep inside “Soul,” Pixar’s first feature to fully honor the Black experience, there may have been a second movie that didn’t quite get created. That’s okay, because what we have is wonderful. However, after watching the film, I thought that it would have made a razzle-dazzle be-bop musical.

“Soul” is about Joe (voiced by a terrific Jamie Foxx), a lively fellow who teaches music in high school and also enjoys noodling about as a jazz pianist. He dreams of playing professionally. Through an urban accident that I’ll keep secret, Joe awakens in an interesting variation of heaven. Joe adores jazz so much that when he shakes off the circumstance that has brought a strange change to his life, he focuses on returning to Earth.

He’s got plans for a big jazz opportunity, which is sitting in with a popular band at New York City’s Half Note club. Joe is going to need a little bit of luck and the intervention of a spirit to escape where he is – a realm known as the Great Before. How he comes across a spirit called 22 (a nifty Tina Fey), and how this character fits in with Joe’s resurrection, is what helps “Soul” deliver a delightful panoply of whimsy, charm, and artistry.

Co-directed by Pete Docter and Kemp Powers, who both co-wrote the screenplay with Mike Jones, the movie is beautiful to look at, offering something magical that is reminiscent of the soft, albeit vivid, autumnal colors often delivered by Woody Allen and the talented cinematographers of his films. The original music is perfect, a mix of jazz from Jon Batiste and electronica by Trent Reznor and Atticus Ross.

The film recognizes the importance of jazz, and there’s a welcome tribute to its history throughout this animated delight. The voice acting is excellent and includes Angela Bassett as Dorothea, Phylicia Rashad as Libba, and Graham Norton as Moonwind. Their characters are fun to watch and pleasant to hear.

“Soul,” which can be accessed on Disney+, is about relaxing with who you are, but to never give up on your dreams, regardless of where you find yourself, even in an unusual place not quite on the map. There’s a nice sense of Joe’s life – we recognize him as someone we’d enjoy knowing. It’s a film you’ll enjoy watching.

AVIVA: This feature is for everyone who wants to see something different when they watch a movie. Although “Aviva” isn’t being publicized as being surrealistic, that would be a perfect word to describe it. And, this is character-driven surrealism in a good way. It brought to mind “The Discreet Charm Of The Bourgeoise,” a surrealist film by director Luis Bunuel from 1972. In Bunuel’s world, we see characters and the dreams of their counterparts.

In “Aviva,” written and directed by Boaz Yakin, the fascinating story is told primarily through dance. We watch the main characters – Aviva and Eden – who are in love with each other, and we watch their alternate gender. This means the male and female side of Aviva and the male and female side of Eden will be on-screen. The romance highlights variations of love and sex in all their parameters. Two actresses and two actors are involved in this fascinating bit of expressive screen legerdemain.

However, that’s only the half of it, or perhaps I should write the quarter of it. The story’s well-choreographed dancing reveals the vibrant back and forth between lovers; the passion and the break-ups. Would you travel across the Atlantic to solve relationship problems? As if that isn’t tempting enough, you get a short film within a film, as well as Paris and New York City as visual treats. “Aviva” has a grand touch of experimentation within. It’s beautiful and vital and worth your time.

For adults and mature teenagers, “Aviva” is available on DVD, Blu-ray, some streaming services, and the Virtual Cinema Program (northparktheatre.org).

THE IRISHMAN: For movie fans who were eagerly awaiting the DVD or Blu-ray release of director Martin Scorsese’s masterful “The Irishman,” the wait recently ended. In the 1950s, a truck driver named Frank Sheeran (Robert De Niro), who knows a thing or two about a thing, gets involved with a Pennsylvania crime family run by Russell Bufalino (Joe Pesci). Sheeran moves up the decidedly non-corporate ladder to become a top hit man. He eventually works for Teamsters Union boss Jimmy Hoffa (Al Pacino), and the film follows him as he tells his story in classic Scorsese style.

The Criterion Collection release of “The Irishman” is outstanding, delivering a new 4K digital master, which is approved by Scorsese. The Blu-ray has a Dolby Atmos soundtrack. There’s also a roundtable conversation with Scorsese, De Niro, Pesci, and Pacino, which was held in 2019, as well as a video essay by film critic Farran Smith Nehme examining Scorsese directorial technique. A new documentary short about the making of “The Irishman” features the producers, as well as some members of the cast and crew, including Rodrigo Prieto, the director of photography.

Scorsese himself analyzes the Frank Sheeran "Appreciation Night" scene from the movie, and a study of the de-aging technique used in “The Irishman” is explored. Excerpted interviews with Sheeran from 1999 and Hoffa from 1963, an essay by culture critic Geoffrey O’Brien, subtitles for the deaf, and trailers round out Criterion’s welcome extras.