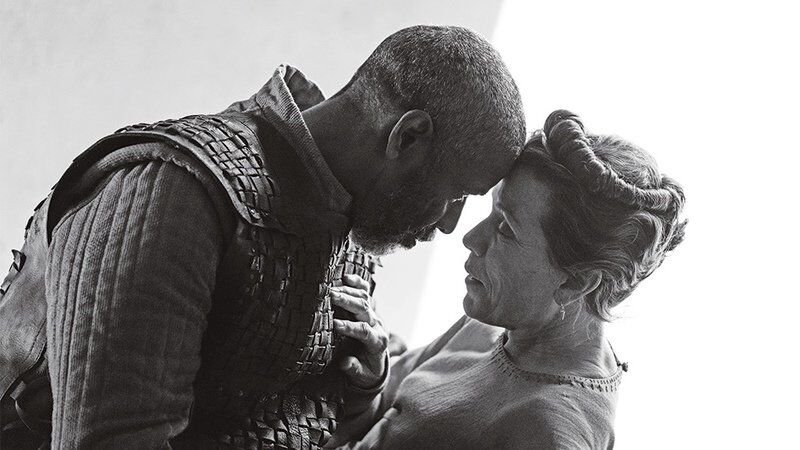 Denzel Washington and Frances McDormand star in a new telling of Shakespeare’s "The Tragedy Of Macbeth.” (A24) 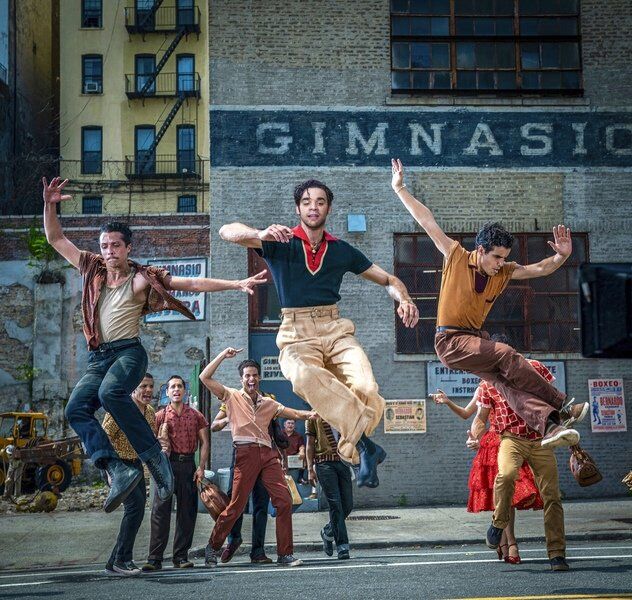 David Alvarez as Bernardo (center) leads the Sharks in celebrating their territory with dance in the remake of “West Side Story.” (20th Century Studios)

Denzel Washington and Frances McDormand star in a new telling of Shakespeare’s "The Tragedy Of Macbeth.” (A24)

David Alvarez as Bernardo (center) leads the Sharks in celebrating their territory with dance in the remake of “West Side Story.” (20th Century Studios)

William Shakespeare’s plays offer a font of material for filmmakers. This season you have the opportunity to go to a movie theater and see “Macbeth” rejuvenated and a musical based on “Romeo And Juliet” – “West Side Story” – remade.

Over the years there have been 36 filmed versions of “Macbeth” for cinemas and television, even silent editions.

A couple of gangster movies put a twist on the Shakespearean drama. “Joe MacBeth” (with an incorrect capital letter B) and “Men Of Respect” are rooted in the criminal element.

Horror master Roger Corman used sections of “Macbeth” in “Tower Of London,” with bits of “Richard III,” tossed in as well. Japan’s legendary director Akira Kurosawa created a serious assassination drama in the Noh tradition and called it “Throne Of Blood.”

Three traditional interpretations of “Macbeth” are standouts. Most important regarding the trio of films is the fact that Macbeth and Lady Macbeth are acted by relatively young professionals with theater experience.

Orson Welles cast himself as Macbeth in the 1948 masterwork he wrote and directed. Jeanette Nolan, one of his famous Broadway Mercury Players, is Lady Macbeth.

Roman Polanski was still recovering from the murder of his wife Sharon Tate when he decided to direct a version, which starred Jon Finch as Macbeth and Francesca Annis as his wife, both British performers. The well-acted 1971 movie is interpreted from the point-of-view of battle-hardened warriors and is brutally violent and furiously paced.

Michael Fassbender as Macbeth and Marion Cotillard as Lady Macbeth are brilliant in director Justin Kurzel’s less flashy “Macbeth” from 2015, which emphasizes psychological themes and the pressure that rises from being ambitious.

Frances McDormand has long wanted to play Lady Macbeth, and she co-produces “The Tragedy Of Macbeth” along with Robert Graf and her husband Joel Coen, who also directs and wrote the screenplay. This is the first film Coen has made without his brother Ethan.

McDormand wanting to play the wife of the Scottish lord who desires to kill King Duncan is intriguing. Macbeth and his wife are written as an ambitious younger couple plotting murder, and usually cast that way. It is not an older person’s conspiracy.

McDormand is 64-years old and Macbeth is acted by Denzel Washington, who’s 67. They both bring a wealth of experience to their roles; however, their performances lack the fire in the belly madness, delusion, and energy that their characters require. Additionally, Washington’s cadences are too contemporary and McDormand’s are too internalized.

The most sublime acting is from Kathryn Hunter, who plays all three witches. It’s a unique creative choice to have one person tackle the trio of roles, and what Hunter magnificently delivers is shapeshifting genius.

Where Coen’s version of the play succeeds mightily is in its visuals. The movie looks superb. Bruno Delbonnel’s black and white cinematography is breathtaking. The stark settings are wondrously atmospheric. There are moments that may cause you to gasp.

I applaud Coen for his interesting interpretation of “Macbeth.” Enterprising moviegoers have the opportunity to see something different, and that’s always a good thing.

This brings me to “Romeo And Juliet” and “West Side Story.” The entire time I was watching the film, the sensation that I wasn’t seeing much that was different from the 1961 classic weighed on me. Director Steven Spielberg has voiced personal reasons for loving the musical, a genre he’s always wanted to direct.

If you’re going to remake something, especially a movie as beloved as “West Side Story,” you must take the material in a new direction; give it a new dimension. Director Spielberg and his screenwriter Tony Kushner needed to find thematic points in the original that demanded to be explored and amplified. This is not the case with their “West Side Story.”

Young lovers facing conflict, as in Shakespeare’s “Romeo And Juliet,” will always offer dramatic appeal. The Spielberg-Kushner dynamic merely repeats what succeeded before. The framework – street gangs in Manhattan – is proven to work. The Puerto Rican Sharks and the Polish and Italian Jets loathe each other.

The film is about a turf battle set within a dance construct. You suspend disbelief and let the singing and dancing carry you forward. The glorious music by Leonard Bernstein and the perfect lyrics by Stephen Sondheim continue to work their magic.

Brighter colors, especially regarding costumes, may pop on screen, but so what? The fluid camerawork from Janusz Kaminski does add a touch of visual splendor, but why isn’t it splendid about something fresh?

Ansel Elgort is Tony, the Romeo to Zegler’s Juliet. He has the physicality for the role, but he’s directed poorly by Spielberg. Elgort’s singing is flat, and he lacks the on-screen strength vital to making us believe his love for Maria would generate the chaos, hatred, sexual assault, and murder we witness.

These actions are only engrossing because the struggles were meaningful in 1961 and are meaningful by nature. You’d have to be emotionally frozen at your core not to be moved by the Shakespearean power of it all.

The new “West Side Story” even fails as a lure for a different generation of moviegoers. The story begins with animosity generated by the urban renewal of a Manhattan neighborhood and ends with something familiar that’s not carried out as good as in the original. This is truly an unnecessary remake.