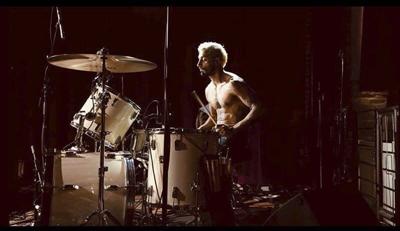 There have been a number of good, or at least interesting, movies in which a drummer plays an essential role in the story. And by drummer, I mean a musician.

I’m not writing about the little boy named Oscar in “The Tin Drum” from 1979, which is based on Gunter Grass’s novel. It’s a great movie to be sure, but the drumming in it is more liberating in a political sense. The film received the grand prize at Cannes and an Academy Award for best foreign language film. Oscar got an Oscar.

I’m writing about rock and jazz and marching music, as in my four favorite movies about drum playing.

There’s the amazing “Whiplash” in which Miles Teller’s character is psychologically tormented by a drum instructor. Equally superb is “The Gene Krupa Story,” in which Sal Mineo plays the legendary jazz drummer. The excellent “Drumline” with Nick Cannon is about precision drumming on the playing field. And, the most fascinating character has to be Jean Reno’s underworld figure letting loose in the Paris Metro in director Luc Beeson’s thriller, “Subway.” He’s actually called The Drummer.

Now welcome to this party, a rock and roll fellow named Ruben, who is in a two-person band not unlike The White Stripes, but with the musical roles reversed. Ruben is the drummer and his girlfriend Lou is the guitarist.

They perform together, make love together, and live together in an electronics-filled RV they take to their gigs. Everything seems perfect. He even makes healthy green smoothies for each of them in the morning. He also works out, having made the promise to himself never to return to using heroin. He’s four years clean.

The movie is called “Sound Of Metal” and it leaps to the head of the class of new films. This is one that you truly should have been able to see in a theater. It’s available through Prime Video.

The movie’s extended opening sequence, Ruben and Lou performing in a club, starts slowly – it’s almost inactive – and then builds to an explosive crescendo you won’t forget.

Ruben is a thrash-metal drummer, and his lean physique and tattoos attest to that aggressive and overly fast-tempo world. Riz Ahmed is extraordinary as Ruben.

However, as quickly as you can snap your fingers, Ruben’s place in the world of music may be over. With the word “sound” in the movie’s title, an overwhelming sense of irony slaps you in the face because Ruben is losing his hearing.

We share the jolt, the shock, the sensation of free-falling with him. It’s as if there are mufflers on his ears. His cherished and vital world of sound has become almost inaudible. A doctor delivers the unbelievable news. Ruben has lost 75% of his hearing in both ears. It won’t return. That remaining 25%? Assuredly, it will also soon be lost.

Brooklyn-based Darius Marder, who co-wrote filmmaker Derek Cianfrance’s outstanding “The Place Beyond The Pines,” makes his directorial debut here. He shares complex writing and creative credits on “Sound Of Metal” with his brother Abraham Marder, a composer, and Cianfrance.

Marder creates a new sense of sound; the sound of deafness.

The morning that Ruben discovers he can’t hear is the point in the movie that takes us from what had been a story about the power of energetic drumming to something just as powerful, the need for people to cope with sudden change.

What Marder, his writers, and his sound engineering team do is to make deafness one of the stars of their motion picture.

Their message is fascinating because it plays right into the current mood of activists regarding many causes. If you’re deaf. Accept it. Learn to live with it. Learn to sign. But do not attempt to alter your situation surgically because it may not be welcomed by some in the deaf population.

How “Sound Of Metal” proceeds is certain to confound some and elevate others.

Becoming deaf is dangerous for Ruben because it could lead to a relapse regarding drug use. He also becomes obsessed with having cochlear implants, even if the cost is prohibitive. His reaction to this situation becomes one of rage.

Lou, wonderfully acted by Olivia Cooke, finds a place for Ruben in a program for deaf people who have issues with addiction. A guy named Joe (flawlessly played by Paul Raci) runs the program with both kindness and unyielding strength. If Ruben is ready to understand his deafness, he must temporarily remove Lou and music from his life. A reluctant Ruben is afraid. Lou helps him enter the new reality. Her commitment to him is fierce.

Joe’s attitude is that you can’t fix most things with which you have to live. If Ruben gets cochlear implants, he won’t be welcome with his new deaf “partners,” including children. Joe has a job to do. And he’s passionate about that job. If Ruben does decide he wants to hear again, then he doesn’t need to be be part of the deaf community.

The casting of “Sound Of Metal” is important. People who are deaf in life play deaf characters, and deaf addicts are included. Marder has some surprises in store. Not everything is as it seems. Or need be.

Ahmed is sensational. An Academy Award nomination is assured. He underplays to the point of existential brilliance. I have never heard silences this loud.