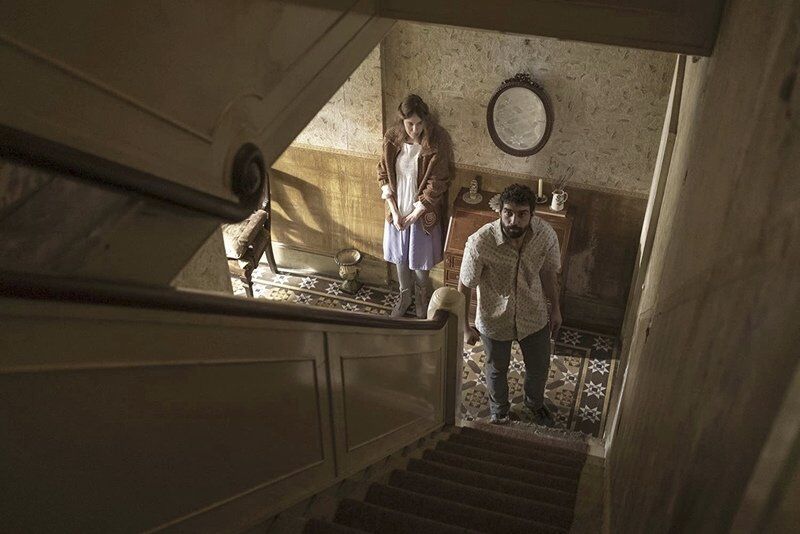 Something strange is happening upstairs in “Amulet,” from director Romola Garai. 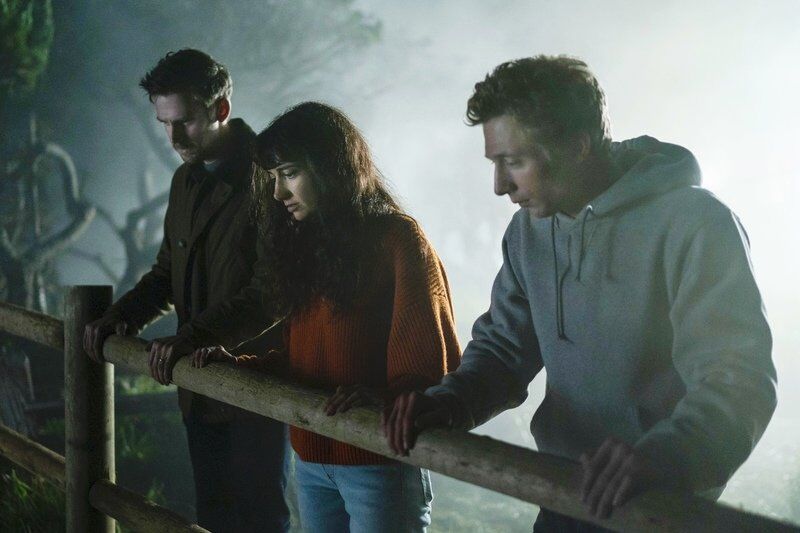 Stay on the proper side of the fence in “The Rental,” from director Dave Franco.

Something strange is happening upstairs in “Amulet,” from director Romola Garai.

Stay on the proper side of the fence in “The Rental,” from director Dave Franco.

Romola Garai is a British actress, who you’ve seen in a number of films, including “Atonement” and “Suffragette.” She has two Golden Globe nominations for best television actress for “The Hour” and “Emma.”

California-born Dave Franco followed in the footsteps of his older brother James by also acting in movies.

Garai and the younger Franco sibling have now added directing to their list of credits with their feature-length motion picture debuts. Both of these budding filmmakers are releasing horror movies. “Amulet” for her and “The Rental” for him. Each is set in and around houses where unpleasant things occur.

Garai’s greatest success regarding “Amulet,” which she wrote, is to take some traditional horror tropes (literary and cinematic) and play with them, thus toying with the audience’s expectations. The screenplay is carefully constructed. The familiar becomes unfamiliar as she takes mysterious goings-on in a Victorian-style house in London, switches them up, and rattles your sensibilities.

What I especially like about her movie is that she dares to take the time to create an atmosphere of dread. She appreciates and delivers small frights that will eventually lead to an unsettling twist that may very well sharply divide the opinion of the folks watching her very accomplished film.

In “Amulet,” a soldier, who is guarding a border checkpoint, has an encounter with a strange woman in a place that seems untethered to a specific time. An amulet figures in the moment. Eventually, Tomaz (well-acted by Alec Secareanu, who plays the shepherd-for-hire in the powerful “God’s Own Country”) will make it to a London that also exists in an unspecified era.

Through the good graces of a nun named Sister Claire (the always watchable Imelda Staunton), he soon moves into the London house that has certainly been coveted by demons. That’s a given. The residents of the dilapidated dwelling include Magda (a superbly mysterious Carla Juri), who has sparked some romantic flutterings in Tomaz, and also Magda’s mother, an off-kilter woman who resides on the second floor.

Tomas will perform much-needed home repairs and supposedly eat well. He’s happy to have a roof over his head, but bad plumbing – part of a masterful scene – and an eerie bat are only the beginnings of bumps in the night. Some creepy third floor occurrences are set-up to give you the shivers.

The unnerving “Amulet” has a wonderfully haunting look thanks to Laura Bellingham’s outstanding cinematography. Director Garai has crafted a rewarding debut. It’s worth thinking about what she’ll come up with next.

Meanwhile, over at “The Rental,” a quartet of surprisingly strong characters rent a beautiful house in Oregon on a cliff overlooking the ocean, although some of them are a tad retro. The use of the drug ecstasy and one fellow’s frat boy behavior seem straight out of 1980s horror.

The movie is not a comedic homage of any kind (as with “Scream”), which indicates that director Franco is being serious with this dip into directorial waters. He co-wrote the screenplay with Joe Swanberg. The writing occasionally lacks finesse, and there is some exposition that could have been excised. After all, movies are a visual medium. There are interesting conversations, but sometimes too much talk is just that: too much talk.

“The Rental” revolves around bad things happening to young adults who live smack dab in the middle of the sharing economy.

Charlie (Dan Stevens) is the CEO of a tech start-up. He thinks a getaway will be good for everybody, so he, along with his wife Michelle (the director’s real-life wife Alison Brie), his brother Josh (Jeremy Allen White), and Josh’s girlfriend Mina (Sheila Vand), who is Charlie’s business partner, and clearly the farsighted brains of the forward-looking company, decide to take a break. They head for the coast. Reminder, Peeping Toms rarely take a break.

Oh, there’s also a French bulldog who belongs to Josh. You know what they say about bringing a pet along for the ride in a horror movie, don’t you?

The setting for the relaxing weekend is magical, but there has to be a fly in the ointment. That fly exists in the guise of the caretaker of the property. Taylor (Toby Huss) is a surly, macho man with an appetite for confrontation and a subtle dislike of overly progressive thinking. The twain is not going to meet. To whom does the world owe a living?

Additionally, as we eavesdrop on conversations, we see that the strongly opinionated Josh can get angry about certain things. Taylor has a sneaky way of being insulting and these two are not going to bond over the supposed sterling attributes of Charlie and Mina’s BMW.

“The Rental” is caustic for a while, and then it turns nasty. After all, even though there are debates about socioeconomic issues, racism, and romantic regret, it is a horror movie.

Franco’s mission is to pump up, then deflate millennials and drag the bourgeoise mentality through the mud. Well, in this case, the blood. He’s got the knack.

Both tension-filled movies are suitable for adults and mature teenagers and are available through cable television’s On Demand services. “Amulet” is scheduled to be accessible from the Virtual Cinema program via the Amherst Theatre. (dipsontheatres.com) “The Rental” may also be playing at selected drive-ins.