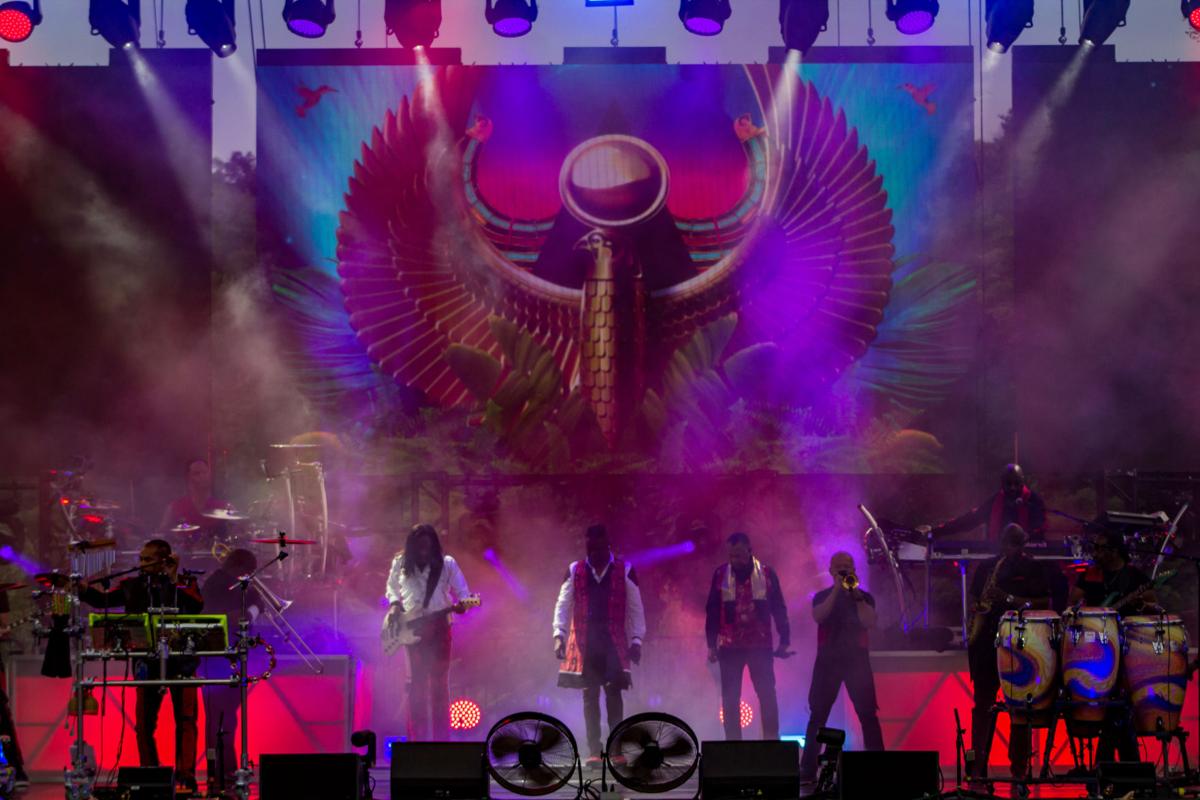 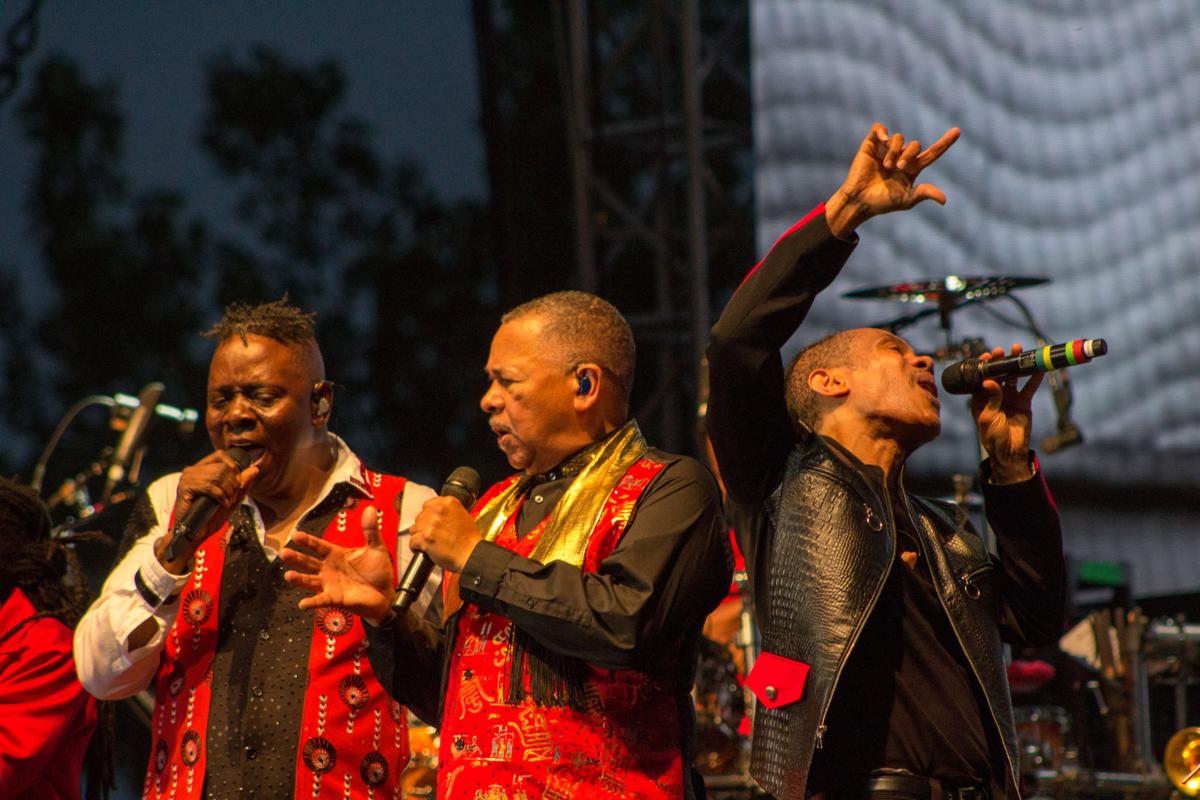 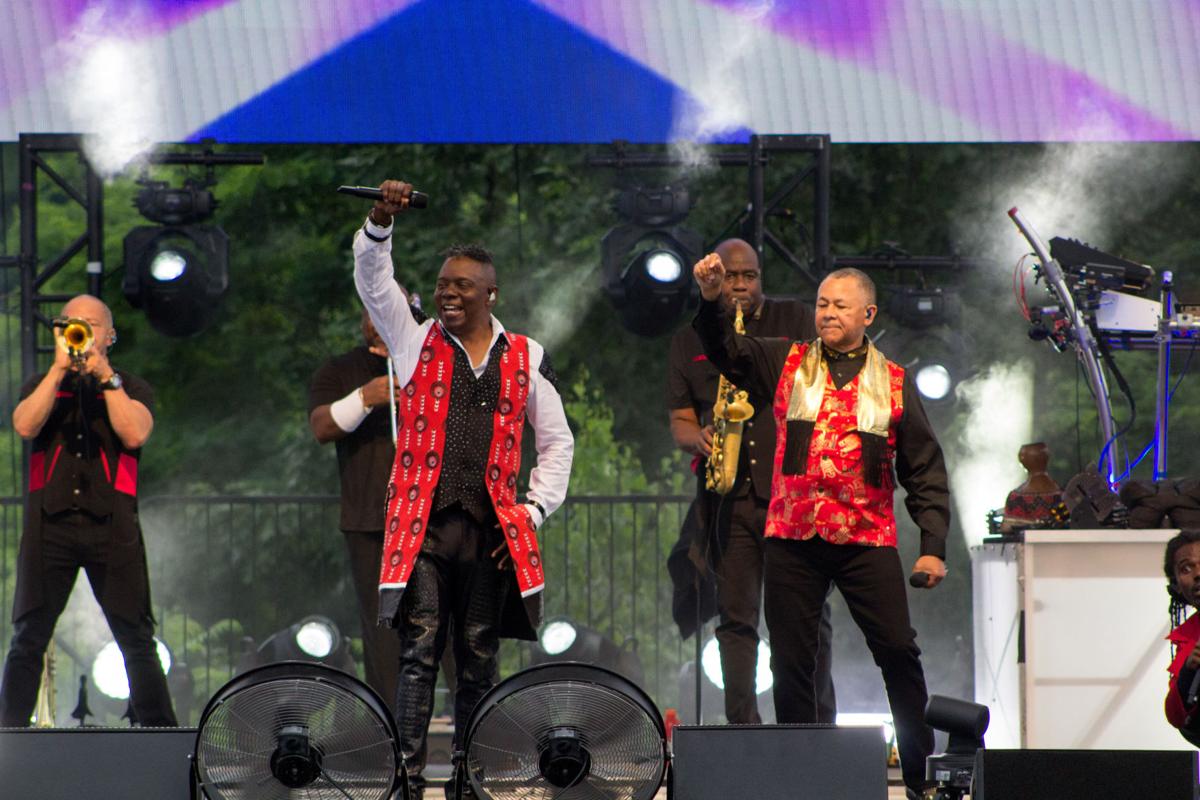 The atmosphere at Artpark was electric Tuesday night. Earth Wind & Fire’s show was the first sellout of the 2019 Tuesday series and the size of the crowd brought back memories of some of the greatest performances at the iconic Lewiston venue.

Earth Wind & Fire’s late founder Maurice White’s presence is still felt but the current lineup’s leader is Philip Bailey, whose falsetto voice is still captivating. At one point of the show, Bailey looked over the massive crowd and said, “This is beautiful, there are people everywhere,” and then went on to remark he couldn’t believe EWF had been around nearly 50 years.

The group certainly doesn’t perform like a 50-year-old band, and while the current lineup features musicians that were not even born when EWF’s first album came out, the core members deserve credit for preserving the band’s legacy with younger players.

The current lineup is massive, and everyone seems busy at all-times, either singing or manning a slew of instruments. The outfits were perfectly coordinated, and the visual components of the show were striking.

This year’s Tuesday series has been unique in that three of the headliners are associated with the disco era. EWF seems to embody the best of the previous two, the create the grand party atmosphere of Parliament Funkadelic and the polish of a band like The O’Jays, two bands that pre-date EWF.

The show presented a perfect balance of the group’s dance songs and soulful ballads. They wasted no time presenting one of their biggest hits, “Shining Star” was the second song of the set. The group’s take on The Beatles classic “Got to Get You Into My Life” appeared mid-set, and a few songs later a stirring rendition of “After the Love Has Gone.”

The last three songs of the regular set, “Boogie Wonderland,” “Let’s Groove” and “September” were off the hook and transformed the place into a massive dance floor. If you look at Earth Wind & Fire’s recent shows they have been in venues under 3,000 capacity, so even though EWF has performed in front of some large crowds over the years, this one was one of the larger ones in recent years and they tapped into the energy and excitement generated by the audience at the packed venue.

“September” is a song that still holds up well 40 years after its initial release, and one of the many reasons Earth Wind & Fire was able to survive the backlash of rock fans in the disco era. It was almost 40 years ago to the day that the infamous “Disco Demolition Night” took place in Chicago, and thankfully in the years since that event the genre has evoked fond memories and influenced a younger generation of popular musicians.

The crowd tested Artpark’s capacity to manage large crowds, and they did a masterful job. The newer layout and strategic placement of the fencing has helped with the flow of the crowd. It felt packed but not uncomfortable, and this show drew a lot of first-time visitors to Artpark, they left with a good impression of the place.

In terms of the show, it will rank as one of the best of all-time. There was a threat of rain, but aside from a slight mist, the weather did not wind up hampering the show. EWF are the consummate professionals, they know how to create a party-like atmosphere and they draw a diverse and well-behaved crowd. With perennial Tuesday series favorites such as Lynyrd Skynyrd and Peter Frampton retiring, a group like EWF may fill in the void as one of the popular returning acts.