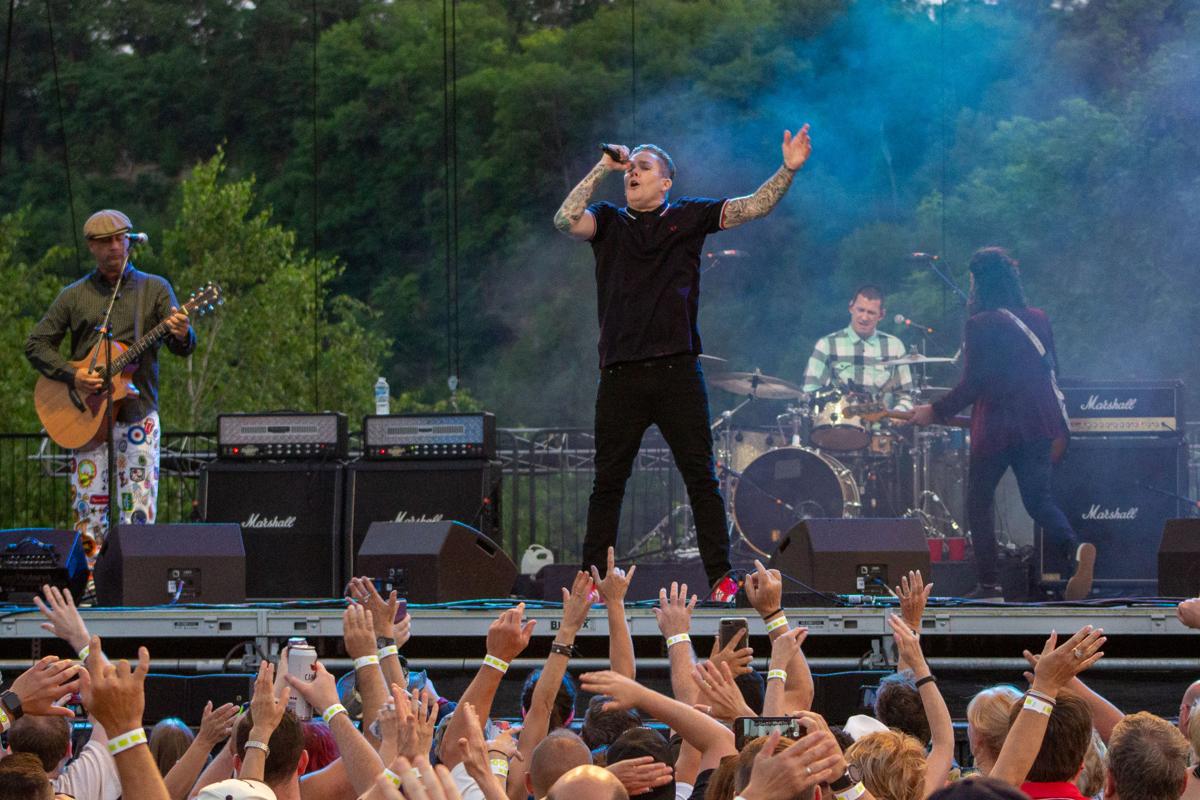 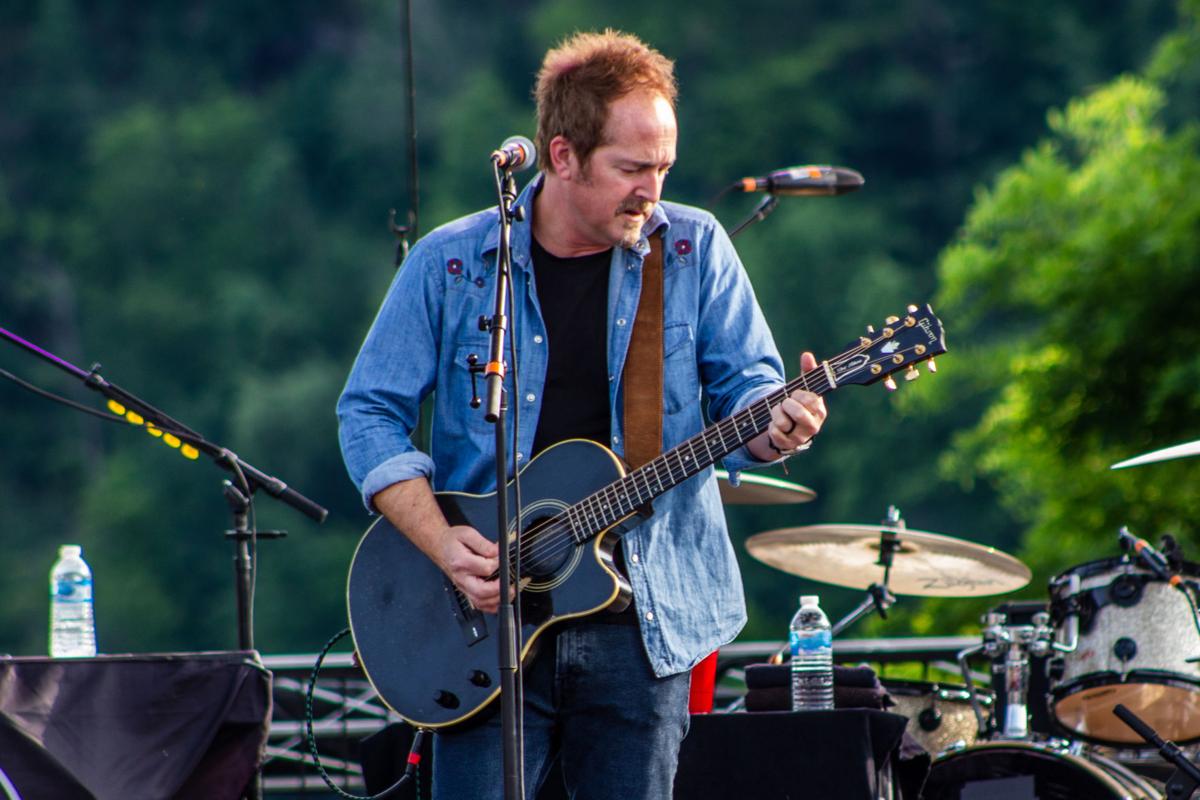 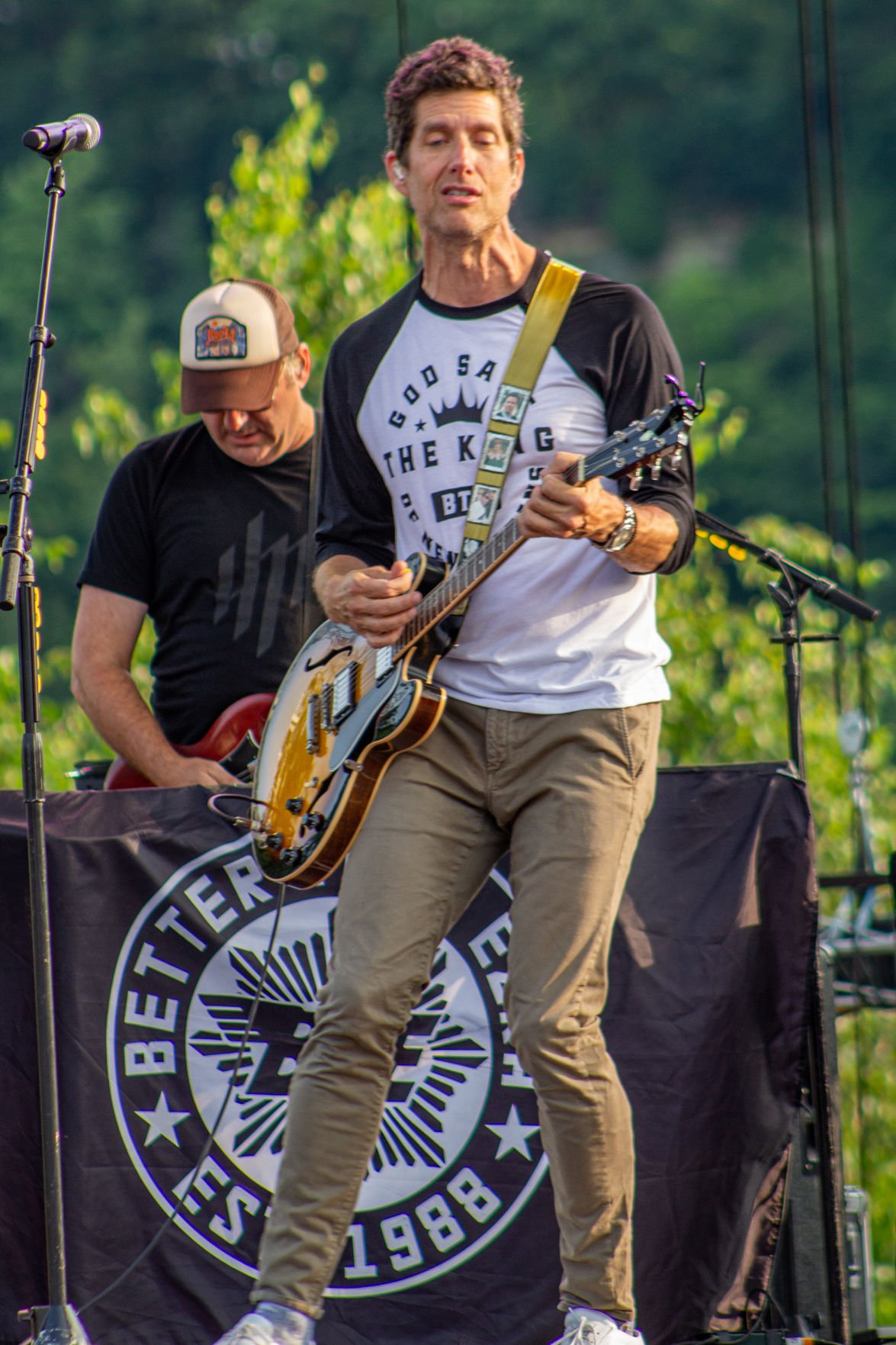 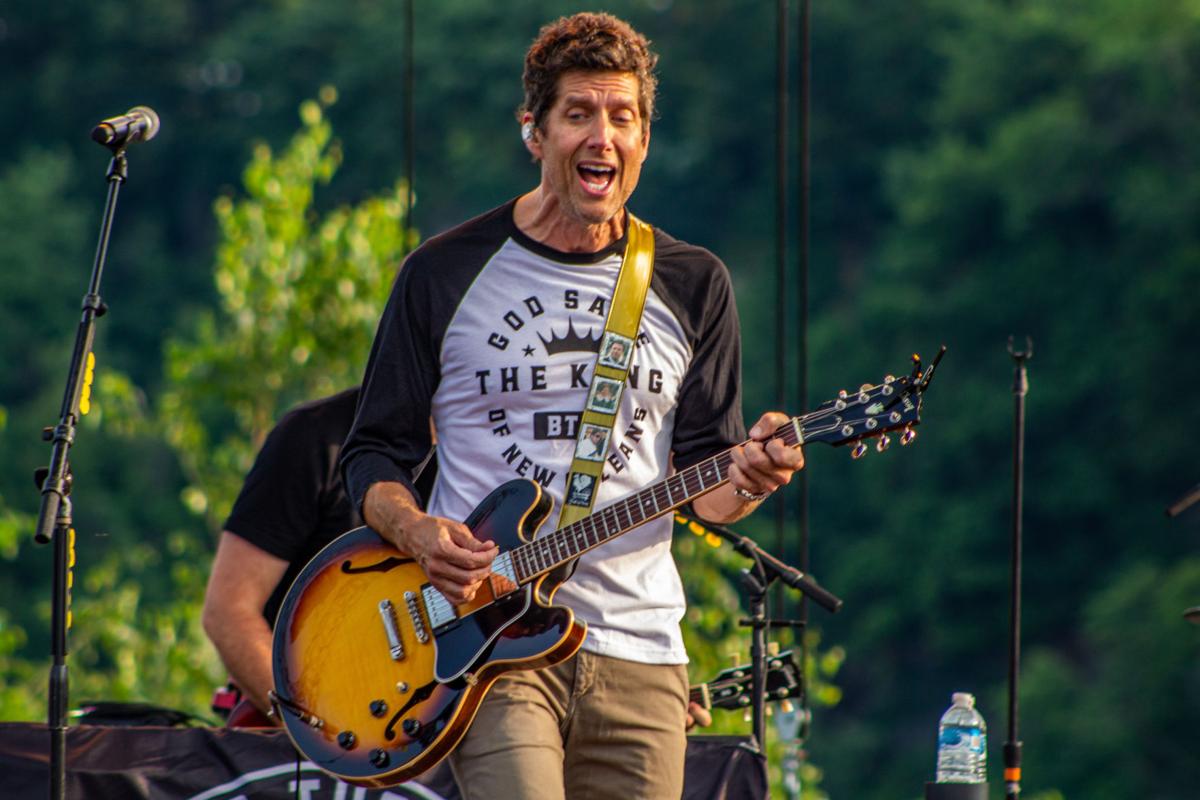 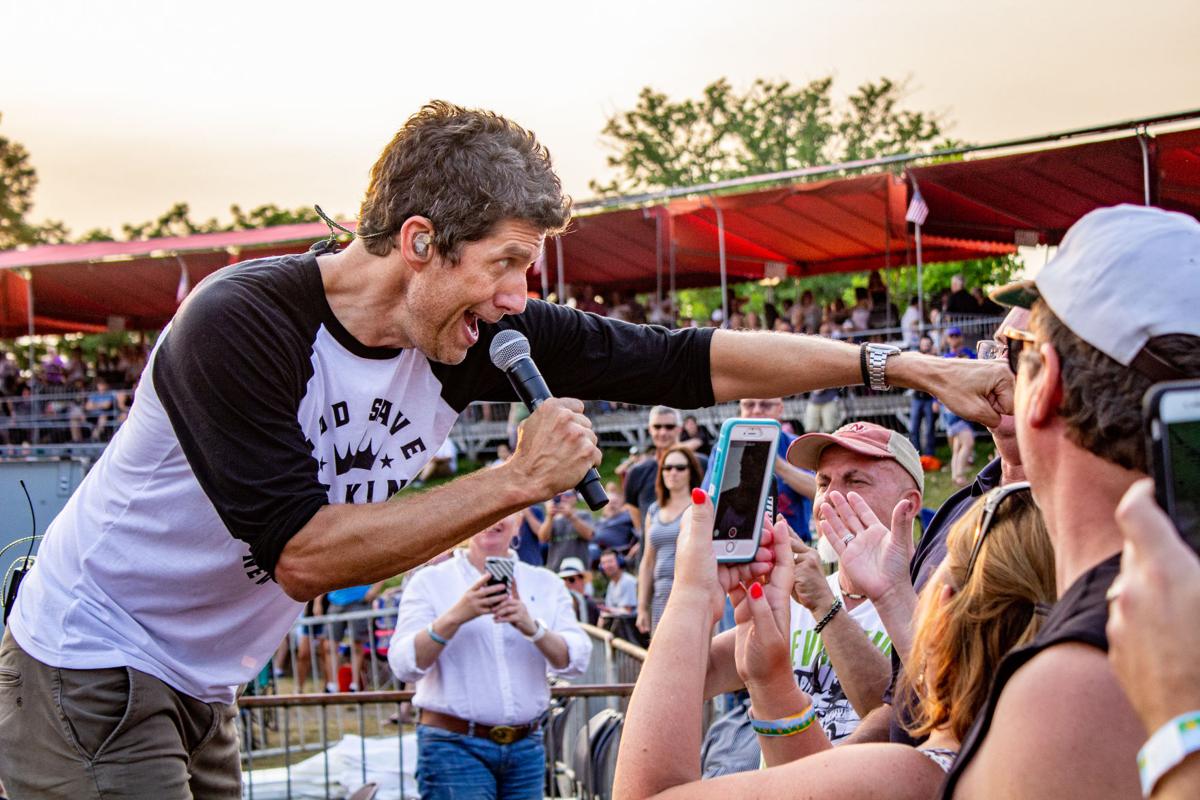 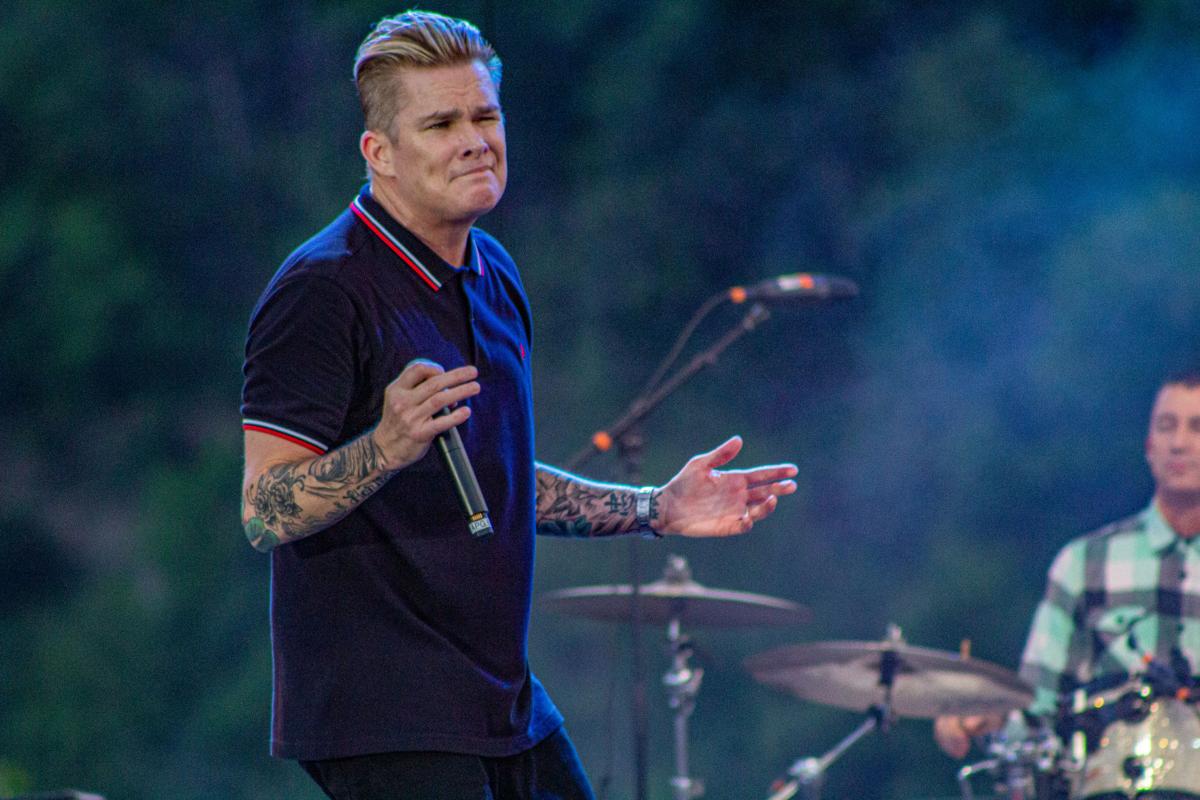 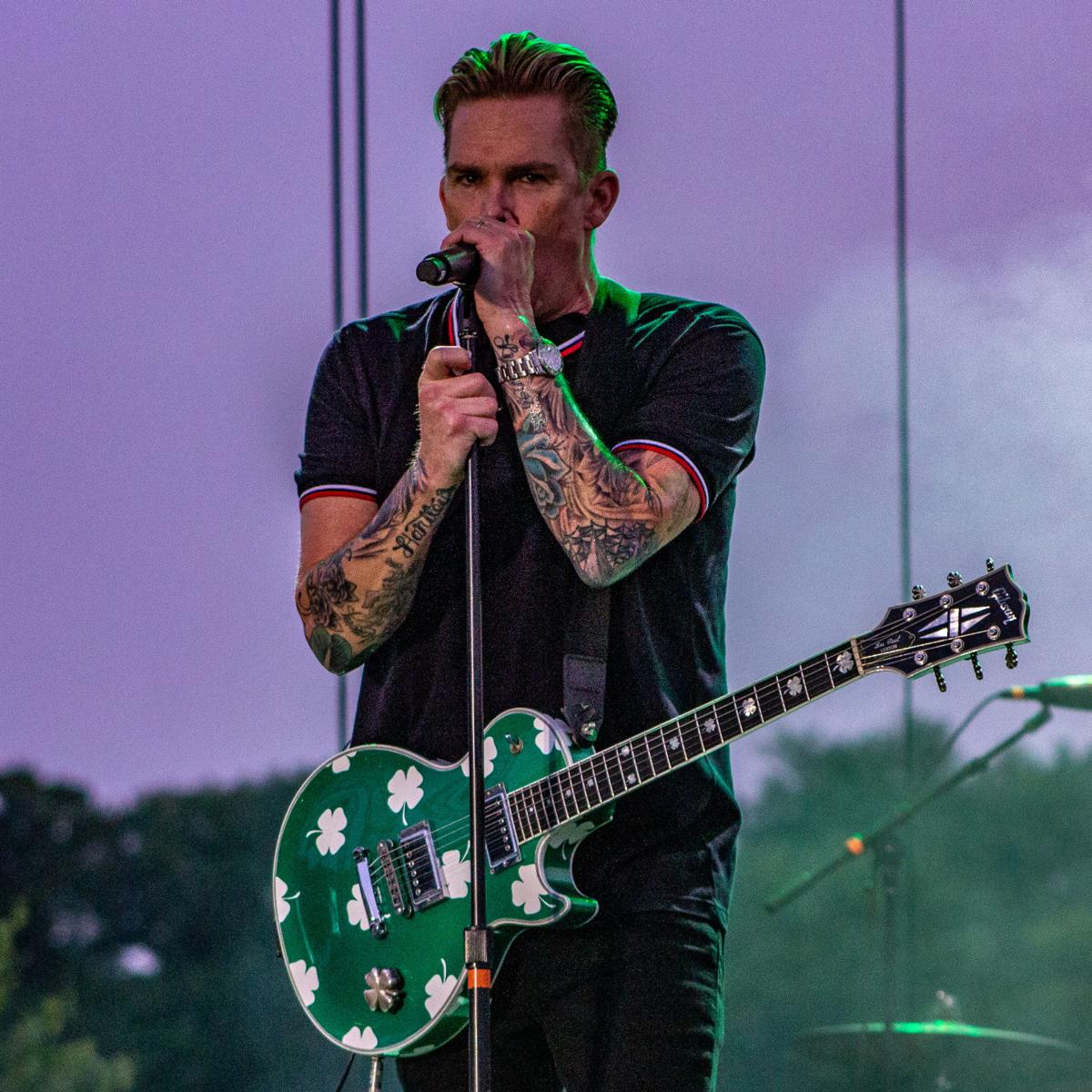 It was hard not to notice that the crowd was lighter than usual at Artpark, and harder to explain why. The triple bill of Sugar Ray, Better Than Ezra and Tonic lead singer Emerson Hart were all hit makers in the 1990s, and Sugar Ray lead singer Mark McGrath is a television personality. Triple bills don’t get much better than that one.

By the time Emerson Hart started his set at 6 p.m. the front of the stage was about two rows deep with people, the rest of the venue was barely covered. It didn’t seem to phase Hart, who appeared onstage by himself with just an acoustic guitar. Hart sounded great and interacted with the crowd like he was in a coffeehouse instead of a large outdoor venue.

The place started to fill up a little more by the time Better Than Ezra started their set. BTE appeared last year as the middle act for the sold-out Barenaked Ladies show, and they certainly had to notice that last night’s crowd was significantly smaller, it didn’t impact their set at all, they were just as good, if not better.

Like Emerson Hart, Better Than Ezra’s lead singer Kevin Griffin took plenty of time out of his set to address the crowd on a personal level. Griffin mentioned the return, and he ran out into the crowd for the set’s closing number, a cover of Elton John’s “Tiny Dancer.”

When Sugar Ray started their set, the crowd was comfortable gathered as close to the stage as possible. Mark McGrath was barely on the stage when he shouted greetings to the crowd.

Sugar Ray only has four members, and while they may pump in the occasional loop to supplement the musicians, they are an impressive group, especially considering that the bulk of the set’s music is handled by three members.

In the history of the Tuesday series you would be hard-pressed to find a performer that mentioned Lewiston or Artpark more often during a set. McGrath talked about the Lewiston restaurant he ate at earlier in the day. He gave a shout out to all the volunteers, and the security and park police. It was all very genuine.

McGrath also recognized a super-fan in the front row, commenting on how appreciative he is off her support and the fact she traveled some distance to see the show. Even though McGrath is filled with an endless supply of energy on stage, he somehow manages to present a confidence contrasted with humility that made Sugar Ray’s show feel special.

Musically it was the kind of show that should have been attended by more people but each of the acts seems to reflect a different era and different approach to live music than the classic era performers from the 1970s and 1980s that have made up the bulk of headliners for the Tuesday series since its inception.

Their setlist was the perfect mix of old and new, and Sugar Ray knew how to strategically front load a couple of big hits and sandwich new material strategically in the set for the best impact. They threw in a few well-placed cover songs like “Blister in the Sun” and a little of Sublime’s “What I Got” in the closing song “Fly,” and it resulted in the perfect flow of music. They even teased “Fly” earlier in their set (much like The Kinks used to do with “Lola”) as a foreshadow of what was to come.

The 1990s is an era that is hard to define musically, other than to say it gave rise to all kinds of different music, so while '60s, '70s or '80s music all represent something stylistically because the decade often defined the sound, the '90s era artists defined their own sound and style. Sugar Ray, Better Than Ezra and Tonic may not be the most popular performers of the era but they proved that they will be ready when it’s time for 1990s era musicians to fill the void left by aging rock stars who are retiring from touring.