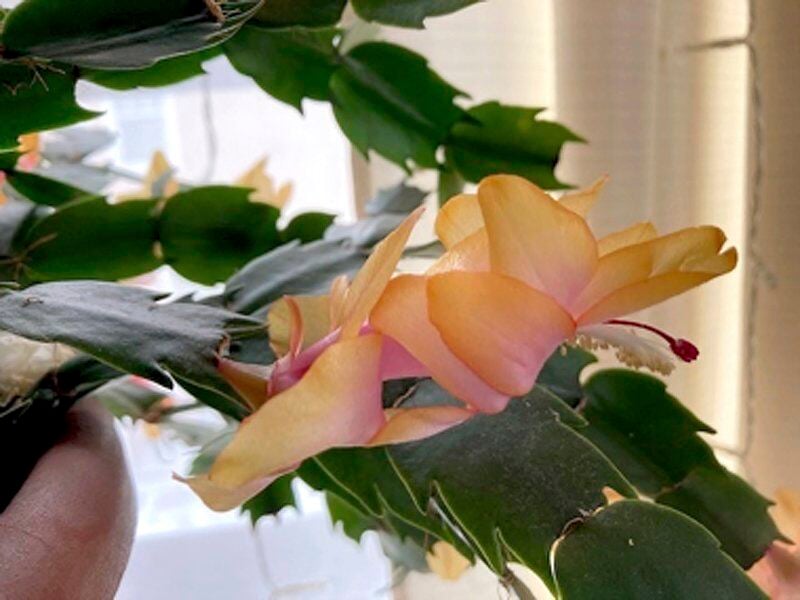 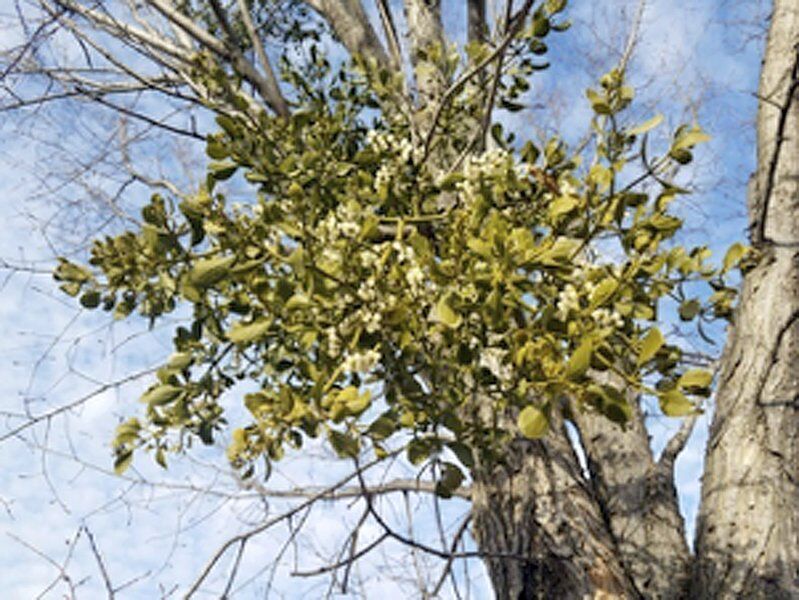 GREG REYNOLDS / CONTRIBUTORLeafy mistletoe in a tree in Alabama. 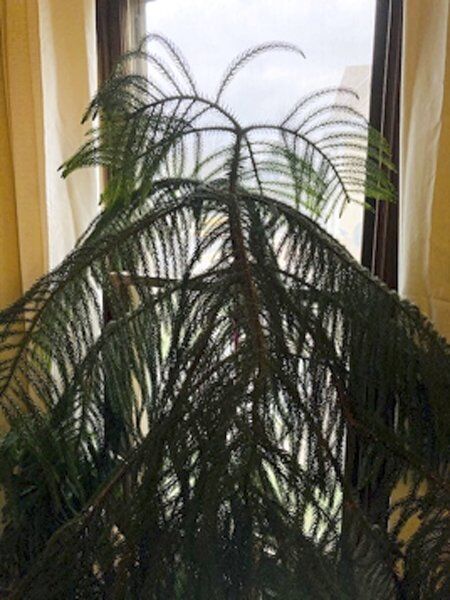 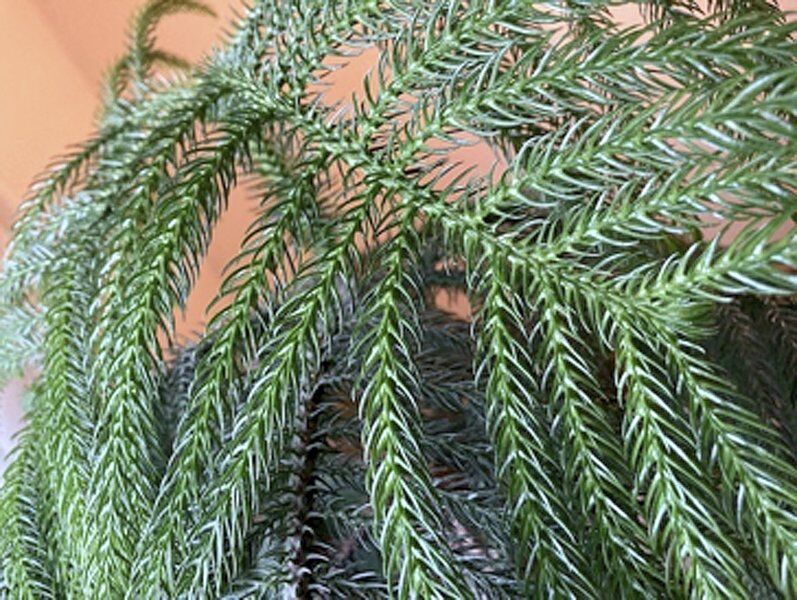 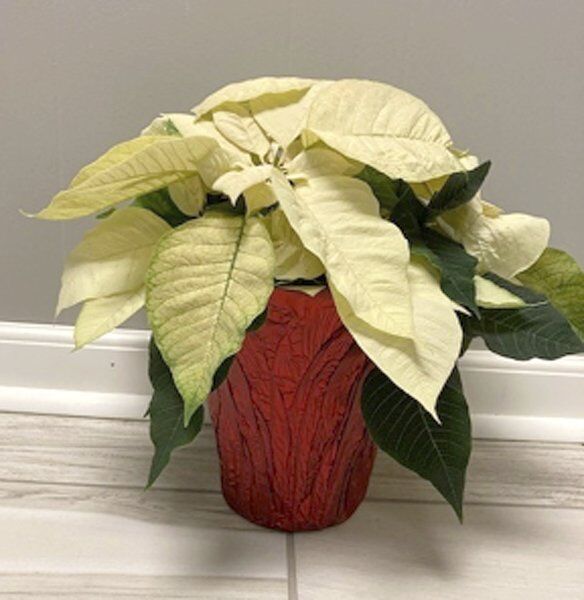 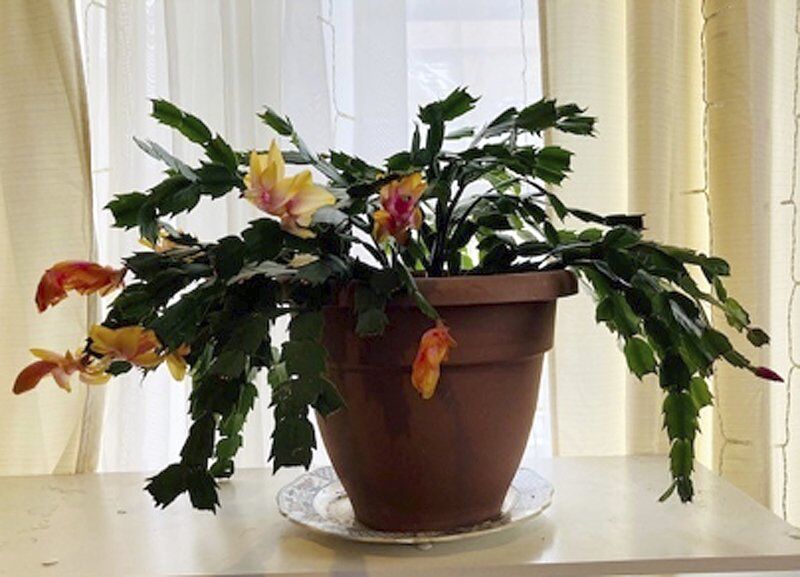 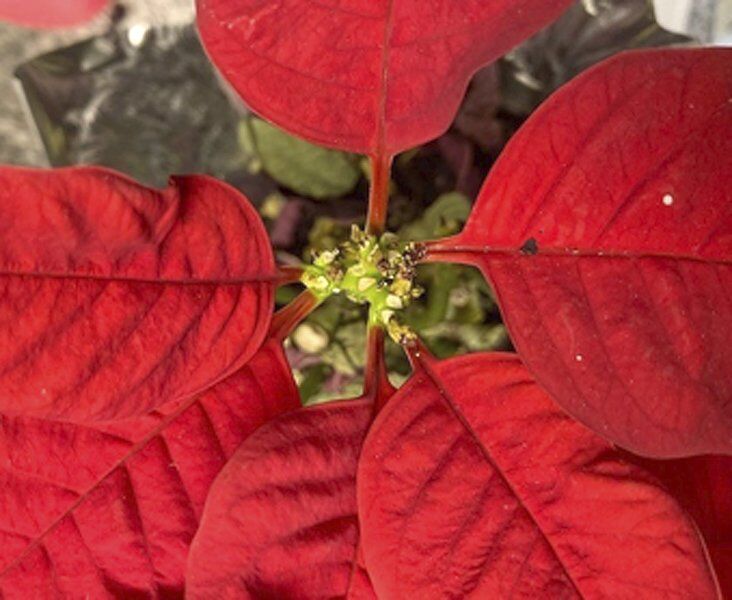 KATIE OAKES / CONTRIBUTORThe actual flowers of the poinsettia plant are small and yellow in the center of the colored bracts.

GREG REYNOLDS / CONTRIBUTORLeafy mistletoe in a tree in Alabama.

KATIE OAKES / CONTRIBUTORThe actual flowers of the poinsettia plant are small and yellow in the center of the colored bracts.

It’s that magical time of year when the temperatures drop, the trees are bare and the snow swirls. Common indoor decorations this time of year include festive flora: Christmas trees, mistletoe, evergreen garland, et cetera. Many of the plants we often associate with Christmas and the colder holidays are actually from milder climates, some even from the tropics.

Poinsettias are probably the most common plants purchased and used for decoration at this time of year. Euphorbia pulcherrima is actually a perennial native to Mexico and in its natural state can grow 10 to 15 feet tall.

What are commonly thought of as the “flowers” of poinsettias are actually modified leaves called bracts. The flowers themselves are small, yellow, inconspicuous blooms in the center of the whorl of colorful bracts. The bracts come in several different colors, from bright red to mottled pink and cream to deep burgundy and yellow. There are over 100 different cultivars available. The colored bracts develop according to the amount of light exposure. To induce coloring of the bracts, the plants need at least five days in a row of complete darkness for 12 hours or more.

Poinsettias are not edible, but the leaves and flowers are not actually poisonous as is commonly thought. The white milky sap that exudes when the plant is cut or injured has the potential to cause a mild dermatitis in susceptible people, however.

Poinsettias are a cheerful addition to holiday décor, and a gift that can keep giving year-round. Don’t toss those poinsettias when the holidays are over. Instead, keep them around as tropical houseplants and enjoy the challenge of getting them to change color again next year!

Christmas cactus, Schlumbergera species, is another popular houseplant, commonly found in potted floral arrangements or sold individually as gifts. Despite the common name, these plants are also native to the tropics, originating in the rain forests of Brazil. These cacti are epiphytes, which means they grow on other plants (typically trees), and derive their nutrients and water from the surrounding environment.

There are actually three different species of these plants frequently found on the market — their common names (Christmas Cactus, Thanksgiving Cactus, and Easter Cactus) indicate the general time of year when they bloom. Other ways to distinguish between the three species are by the flower parts and the stem segments (called phylloclades in botanic terms). These plants have no true leaves, so the green phylloclades are responsible for all the photosynthesis conducted by the plant.

Holiday cacti have beautiful flowers in shades of red, pink and yellow, and they set flowers in a response to day length and temperature. These lovely plants are relatively easy to grow, have few disease and pest issues, and have the potential to live for more than 100 years.

Mistletoe is often a part of Christmas folklore and music lyrics. But the plant itself is not often sold as decoration. This is likely due to the fact that mistletoes (there are more than 1,300 species named) are actually parasitic plants and often considered somewhat of a pest to many tree species.

Mistletoe has both leafless and leafy species (all considered parasitic), and the seeds are spread the same way — by birds that feast upon their berries (although these same berries are poisonous to humans and other animals). After being deposited onto a tree branch, the seed grows a root-like structure that penetrates the tree bark, connects itself to the tree's vascular systems, and steals water and nutrients from the tree itself.

Because it is relatively slow-growing, one or two mistletoe plants may not significantly harm the tree’s overall health, however, many different plants of mistletoe in the same tree can cause overall detriment to the vigor and health of the host tree. Mistletoe does not grow in New York state, but can be found in many warmer states across the southern portion of the U.S.

The folk legend of kissing under the mistletoe likely came from Europe, where the plant was thought to have magical powers.

Many people purchase smaller potted evergreen trees, using them as miniature Christmas trees to decorate tabletops or small corners of various rooms. These potted trees can be many different species: dwarf spruce, pine or even the herb rosemary. But one of the most common varieties of “Christmas tree” grown in these small pots are Norfolk Island Pine, Araucaria heterophylla. This species is native to the Norfolk Island (as you might expect!) off the coast of New Zealand.

Plants like the Norfolk Island Pine in the Araucaria genus have a long history; they can be found in the fossil record as far back as the Jurassic period 170 million years ago. This lovely evergreen tree (it’s not a true pine) has softly needled branches and can thrive as an indoor houseplant for many years. It is another houseplant that is easy to grow with very few insect or disease problems. And you can dress it up with lights and small ornaments each year to celebrate the season.

The plants listed here are just a few of the plants associated with the holiday season. No need to bundle up or travel far to enjoy them, simply decorate your home and enjoy!

Contact Katie Oakes, horticulture educator at Orleans County Cornell Cooperative Extension, at klo54@cornell.edu to ask any horticulture questions or for details about the Master Gardener or Master Food Preserver programs in Orleans County.