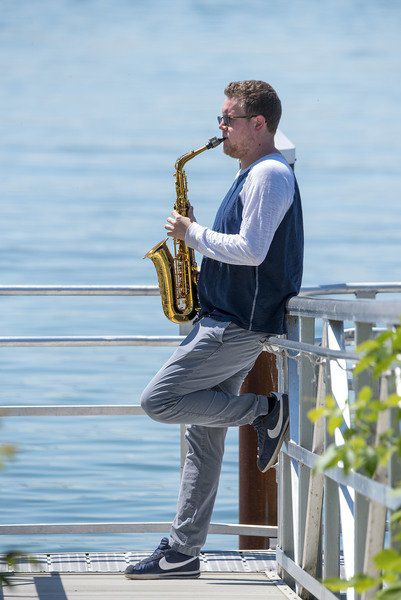 James Neiss/staff photographerJon Lehning is steadily making a name for himself as a jazz saxophonist and is patiently awaiting a return to performing at local venues as the coronavirus restrictions are lifted. 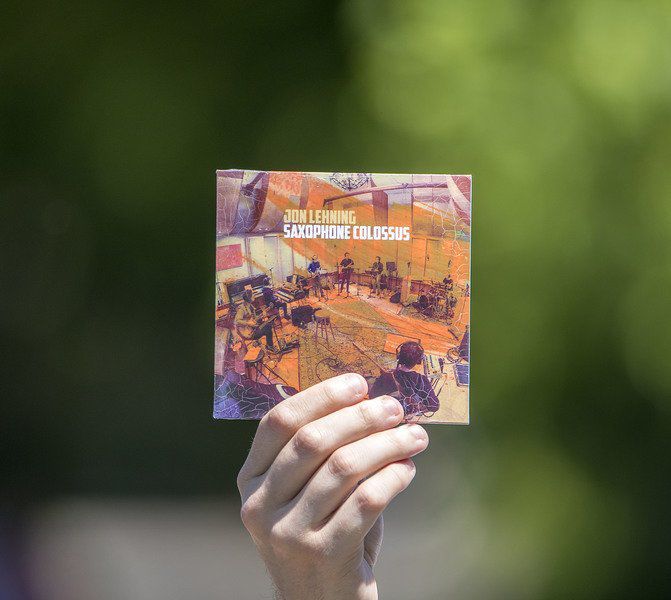 James Neiss/staff photographerJon Lehning is steadily making a name for himself as a jazz saxophonist and is patiently awaiting a return to performing at local venues as the coronavirus restrictions are lifted.

For a musician, being a little bit edgy is good. Having a lot of passion is great. Knowing how to thrill audiences with your talent is premium.

For Jon Lehning, the right combination of the three has taken him to a musical level that, when seen live, offers an exuberant and exciting performance that is mesmerizing.

Lehning plays saxophone, and when his fingers dance along the keys of his instrument, he holds nothing back.

The venues in which he performs, small clubs or large concert halls, turn quickly into a chamber of harmonious delights. Not only is he an exceedingly talented saxophonist, but he also has the innate ability to understand both the meaning and the subtext of the songs he plays, many of them jazz standards; true and vital classics.

Niagara Falls has reason to cheer because this 28-year old musical artist is a native of the city from the LaSalle neighborhood. He graduated from Niagara Falls High School and holds a masters degree in music performance from the University of Buffalo, where he works as a professor’s assistant in the study of jazz.

The son of Laura and Jon – he has two younger brothers – Lehning’s life in music began in the fourth grade, where he, along with it seems every other boy, wanted to play drums in the orchestra. Not chosen, he instead became a “clapper,” keeping the beat as so many elementary school students do, all the while realizing there had to be something better.

That something better was the brassy richness of the saxophone. This was a very smart choice because I’ve seen Lehning’s energy and dedication up close throughout the region, including at Pausa Art House in Buffalo and the Lewiston Jazz Festival. His initial youthful schoolboy encounter with the sax led to a career and the promise of serious national attention.

The roots of jazz branched out from African-American neighborhoods in New Orleans in the late nineteenth and early twentieth centuries, drawing its influences from ragtime and blues. Many musicians, composers, critics, and fans consider jazz to be America’s “classical music.”

During a recent telephone interview, Lehning said that he sees jazz as a “large umbrella under which you’ll find a lot of different musical and cultural elements.” He said that jazz celebrates the essence “of spontaneity as musicians play off each other. A jazz group has different, and differing, voices.”

Talking to Jon about jazz is like watching him on stage – his enthusiasm is boundless. He said that a person’s success depends on “what you yourself are willing to do – how much study, how much practice, how much time are you willing to invest towards your goal”

He considers jazz to be utterly “authentic.” There’s a “personal evolution to be found as you continue to play it.” Regarding recordings of jazz, he is emphatic that they are “a snapshot in time of who you are and what you were thinking about at the moment.” The same songs played even six months later “may have a different feeling to them and a different emotion being expressed.”

Everyone who has an interest in some form of the arts or entertainment has Gods in their Pantheon. For Jon, on the top of his mountain are legendary jazz saxophonists Cannonball Adderly and Michael Brecker. Both men contributed greatly to the lifeblood of American music and hold a special place in Lehning’s youthful jazz soul.

Regarding the Niagara Falls jazz scene, Lehning would love to see a permanent club, perhaps something near the roaring Falls that give the city its fame and romance. He is a firm believer that local talent can stay in the area and earn a living and dedicate their hearts to their musical passion.

Every musician has personal influences in their life. Lehning’s include contemporary saxophonists like Lynn Ligammari – herself born, raised, and educated in Niagara Falls – who has played around the world and teaches at Lincoln Center in Manhattan, and Eric Marienthal, a California native who has recorded 14 solo CDs, won two Grammy Awards, and written three instructional books. Other notables include Chick Corea, Benny Goodman, and local stars Dave Schiavone, and Harry Fackelman.

Schiavone and Fackelman are extraordinary musicians and have been part of the Buffalo-Niagara music scene for decades, devoting their lives to playing and teaching saxophone. These talented and familiar gentlemen joined some local “Young Turks” on another of Lehning’s accomplishments, the production of a CD recording called “Saxophone Colossus,” the title of which, for those in the know, is a tribute to jazz great Sonny Rollins.

A CD release party for “Saxophone Colossus” scheduled for March 27 had to be cancelled because of the current international health crisis.

In addition to Lehning, Schiavone, and Fackelman, other musicians heard on the the CD are Harry Graser on piano, Adam Bronstein on guitar, Anthony Henry on bass, and Joe Goretti on drums. Fred Betschen was the sound engineer of this very crisp and beautifully layered recording.

The ten tracks include “Blues Up & Down,” “Here’s That Rainy Day,” “Cantaloupe Island,” and an arrangement by Lehning of one of my favorite songs, “Moonglow,” which is an American classic from 1933.

Lehning’s take on “Moonglow” is a sweet-sounding delight, a mellow drift that reveals both the strength of his talents and a deep respect for music that’s come before him. His future looks bright.

CD copies of “Saxophone Colossus” can be ordered directly from Lehning himself by emailing him at: saxcolossuscd@gmail.com, through his Facebook page: Jon Lehning Music, or wherever you purchase your music online.

Michael Calleri reviews films for the Niagara Gazette, Lockport Journal and the CNHI news network. He also writes about other aspects of art and entertainment, including books, food, and music. Contact him at moviecolumn@gmail.com.