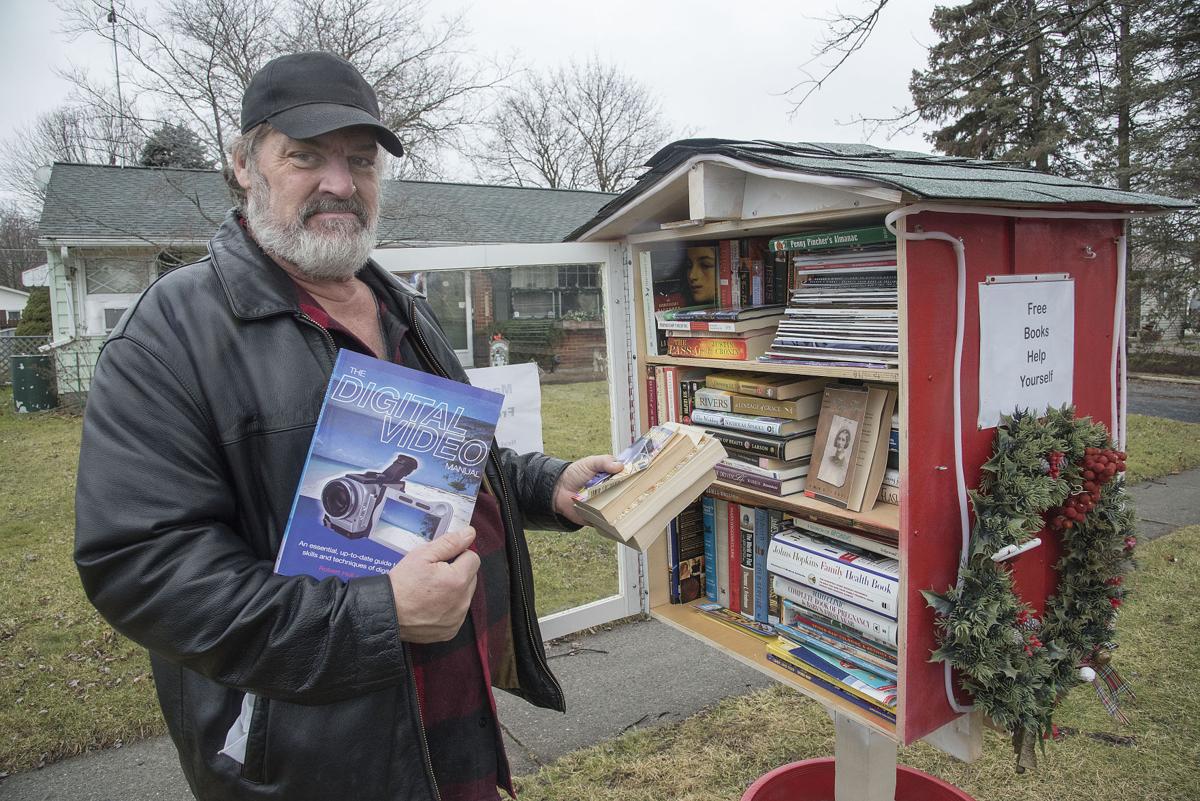 Craig Heer, of 1725 Fillner Ave. in North Tonawanda, and his wife, Diane, are sharing their love of reading with a free little library in front of their house. 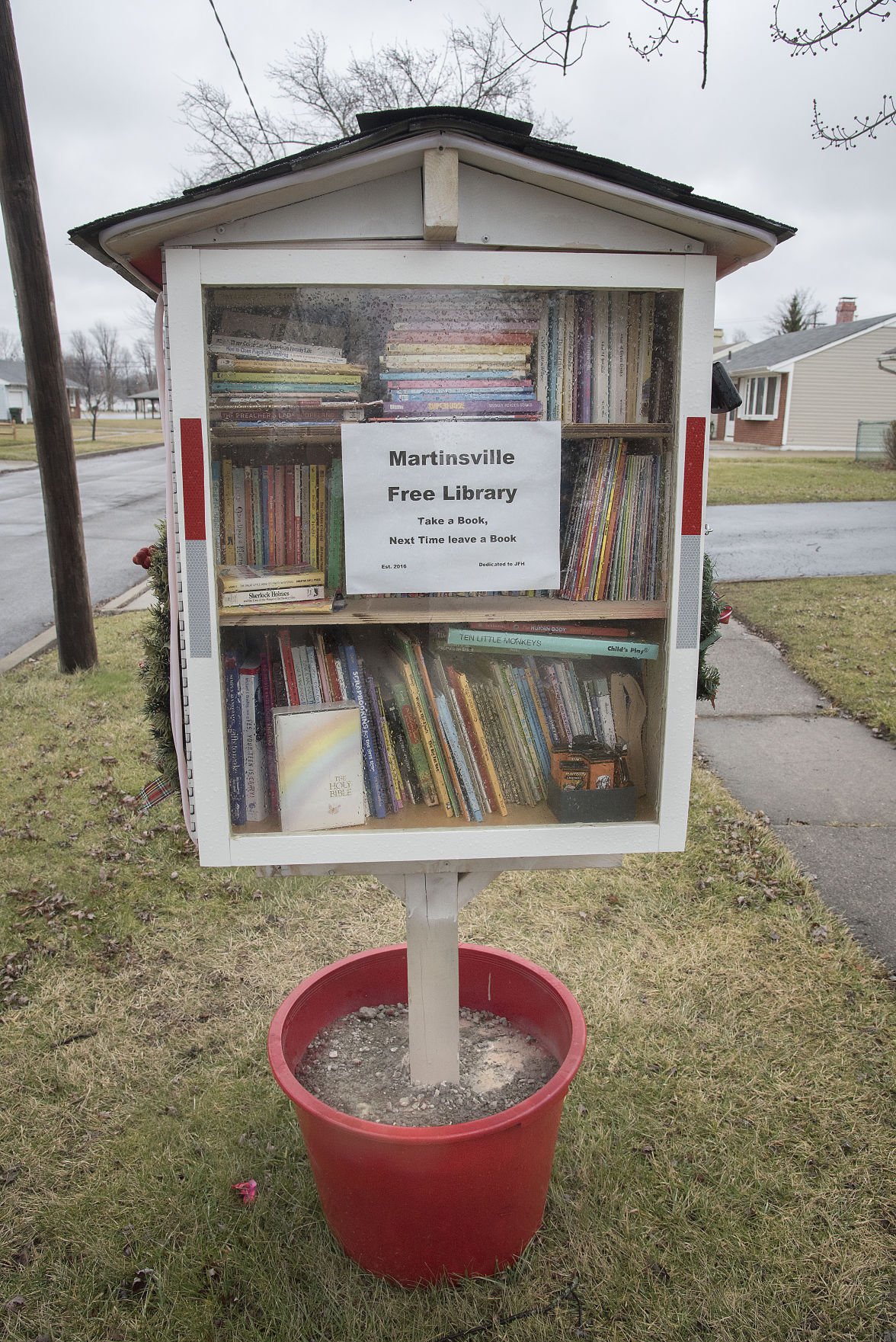 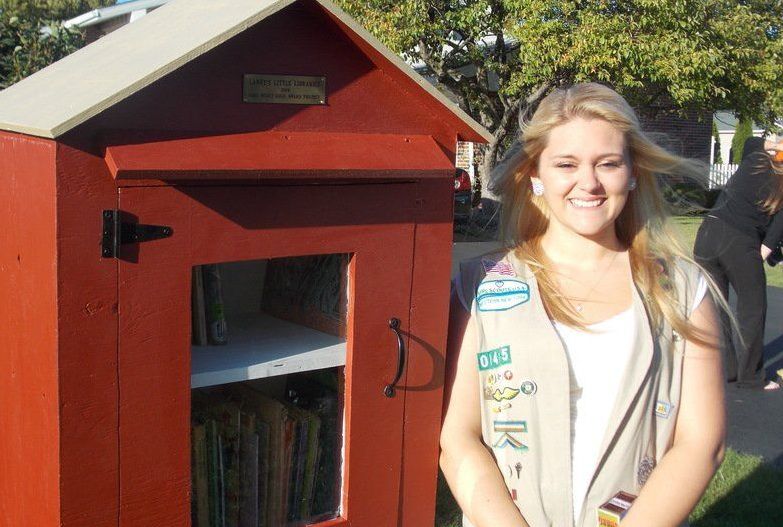 In this 2014 file photo, Lockport’s Delaney Dominguez-Salerno poses with her micro library on Heather Drive, which she built as a candidate for the Girl Scout Gold Award. The library is still circulating books today.

Craig Heer, of 1725 Fillner Ave. in North Tonawanda, and his wife, Diane, are sharing their love of reading with a free little library in front of their house.

In this 2014 file photo, Lockport’s Delaney Dominguez-Salerno poses with her micro library on Heather Drive, which she built as a candidate for the Girl Scout Gold Award. The library is still circulating books today.

Who would think that a little box of books could make people so happy?

When it comes to micro libraries, which are popping up all over the country, it appears that those who place the books and those who take books are in a circle of shared happiness.

The library at 639 Main St., Niagara Falls, is one of the many micro libraries that are registered on a global map provided by the website www.littlefreelibrary.org. That’s how some travelers find the one on the front lawn at First Unitarian Universalist Church of Niagara.

“We have tourist posing for pictures in front of our little library,” said Mary Leahy, who watches over it on behalf of Literacy New York/Buffalo-Niagara.

The church donated the space for the structure and LNY keeps its stocked with donated books.

“Because we are on the map, there are actually families that travel who look up where the free little libraries are,” Leahy said. “There’s a lot more labor involved than we thought. Sometimes the library is empty. Sometimes there are a couple boxes of books people have left there."

LNY’s library structure was ordered from the Little Free Library website. The $600 to pay for it came largely from a group of Seneca Niagara Casino workers who quietly support philanthropic efforts.

In North Tonawanda, Craig Heer made his little library from scratch. His wife, Diane, keeps the library stocked and tidy. They both get much delight from watching people take books from the box on their front lawn at 1725 Fillner Ave. Their dog, Honeybear, alerts them when a potential borrower is perusing the books.

“The whole theory is take a book and leave a book,” Craig Heer said, “but there are no basic rules. You can take whatever you want. Maybe next time bring a book.”

Craig likes to go out and talk to those who stop to check out the offerings.

“I carry books out while people are there,” he said, adding that his wife tells him, “don’t scare them away.”

The Heers named their library “Martinsville Free Library” and dedicated it to Craig’s father, a voracious reader. The pair get a thrill from watching people take one or more of the books.

“The joy is watching these little kids holding onto these books like they’re the greatest treasure. It’s really exciting for us,” Diane Heer said. “It’s wonderful.”

Many micro libraries are not registered with www.littlefreelibrary.org; they’re just little gems that readers may happen upon in their neighborhood. Such is the case with the little library erected by Lockport's Delaney Dominguez-Salerno in 2014, as a Girl Scout Gold Award project. The library still stands on the front lawn of her scout leader, Jennifer Clare, along Heather Drive in Lockport, and scouts are still taking and leaving books when they come for meetings.

“It’s become a part of the neighborhood,” said Clare, adding “It’s a good way to give back to the community. I think it’s great.”