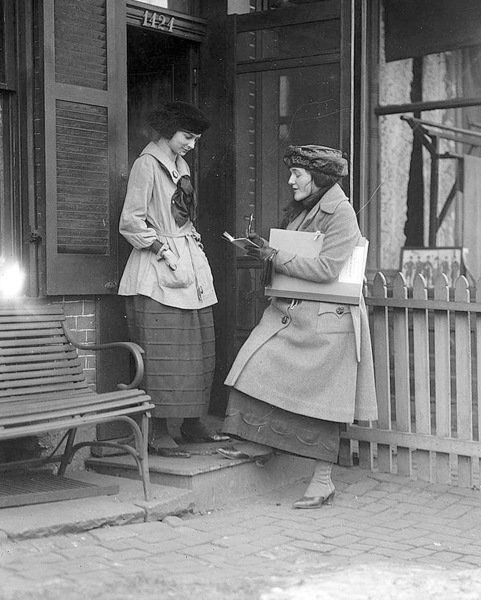 Taking the census in 1920. Courtesy of the Library of Congress. 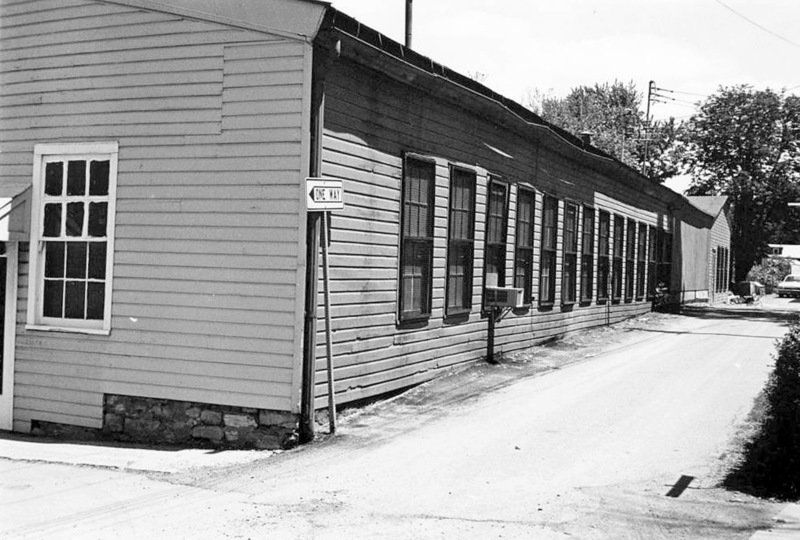 This photograph of the former Evans & Liddle broom factory was taken by Edwin Polster. Lockport industry was booming in the mid-19th century. By 1855 there was a broom factory, at one time known as Miller & Evans which later became known as Evans & Liddle. The building is extant, the current home of Bear Bottom Wholesale. Photo courtesy of Lockport Public Library.

Taking the census in 1920. Courtesy of the Library of Congress.

This photograph of the former Evans & Liddle broom factory was taken by Edwin Polster. Lockport industry was booming in the mid-19th century. By 1855 there was a broom factory, at one time known as Miller & Evans which later became known as Evans & Liddle. The building is extant, the current home of Bear Bottom Wholesale. Photo courtesy of Lockport Public Library.

Have you filled out your census form yet? Fill out your form by the end of April or you may receive a knock on the door from a census employee. As we have discovered in the past two installments of Lockport Lore, the census determines congressional representation, federal funding and a wide variety of decision-making in communities.

In 1825, with a population of 3,007, there were: five sawmills, three asheries, two fulling mills, and an ironworks.

During the town’s early years, the number of asheries (factories that turned hardwoods into potash and lye) and sawmills indicate residents were busy clearing forests and erecting buildings. Other early industries were fulling mills (which made wool into cloth) and iron works (which smelted iron and steel.)

In 1835, with a population of 6,092, there were: 10 sawmills, one ashery, one fulling mill, two ironworks, as well as four grist mills, two tanneries, a cotton factory, two distilleries and a brewery. After 11 years of townhood, the industries grew to include grist mills (to ground grain into flour) and tanneries (to process animal hides into leather.) Other new businesses included a brewery and distilleries. Residents were beginning to enjoy the fruits of their labor.

In 1845, with a population grown to 9,314, there were: 12 sawmills, five grist mills, three tanneries, three fulling mills, two asheries, an ironworks, a cotton factory, two distilleries, a brewery, a wool factory and a glass manufactory. Lockportians were producing most of the resources they needed to survive.

What were the most popular jobs in Niagara County in 1865? There were 5,885 farmers, 2,014 laborers, 767 servants, 391 carpenters, 283 clerks and accountants and 214 blacksmiths. Some of the least popular jobs were editor, furrier, musical instrument maker, saw maker, whip maker and nurse. Based on the census, there was only one nurse in all of the county. This is a far cry from today. A 2017 government survey estimates there are almost 6,000 employees in healthcare and social work fields in Lockport.

Farming has also changed a lot. While it was the most popular career for much of the 19th century, in the 21st century, it is one of the least popular. A census survey estimates there are 275 individuals working in the agriculture and forestry fields within the 14094 zip code.

If you want to uncover more “censational” facts, the New York State Library has many of the early censuses online here: http://www.nysl.nysed.gov/scandocs/nyscensus.htm .

The questions on this year’s census are much simpler than in 1865. You just need to list who is living in your home; whether the home is owned or rented; age, sex, and race of each person in the home; and their relationship to you. Easy! In 72 years, your answers will become part of the historical record used to trace family and local histories — and for the next 10 years this data will affect our community’s funding and state’s representation.

EPILOGUE: As of April 15, 2020, Niagara County is currently ranked second in census response rates in all of New York state. The towns of Cambria and Lockport are leading the way. More than 60% of you have completed the census. Keep it up! You can complete the census online here: https://2020census.gov/ or by phone at 844-330-2020.

Jean Linn is Lockport's town historian, as well as archivist and librarian at Niagara County Community College. You can reach her at jlinn@elockport.com or 716-438-2159.