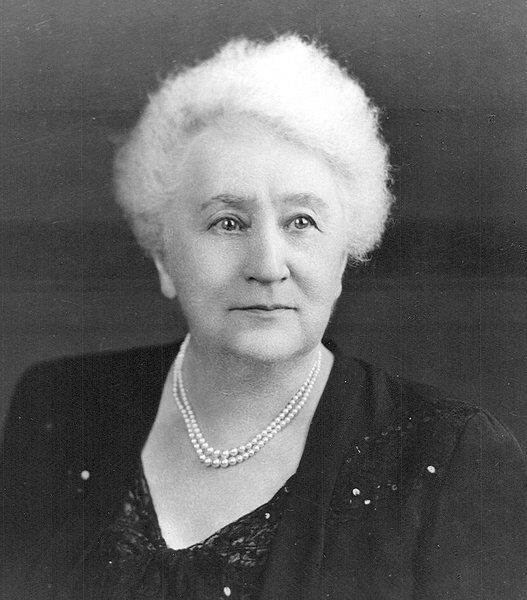 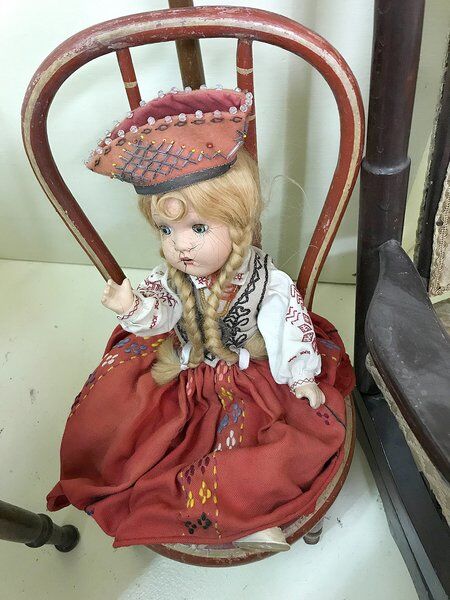 The doll that Gertrude Warren received from the Latvian government in 1939, when she was awarded the “Order of Three Stars” from that country. The doll is on exhibit at the History Center of Niagara.

The doll that Gertrude Warren received from the Latvian government in 1939, when she was awarded the “Order of Three Stars” from that country. The doll is on exhibit at the History Center of Niagara.

The COVID-19 pandemic has curtailed many live activities in Niagara County including the 4-H program through the Cornell Cooperative Extension which is now holding virtual events online. Gertrude L. Warren, recognized as the “Mother of 4-H,” would be glad to know that her beloved organization is continuing through this difficult time.

Gertrude was born on Nov. 17, 1884, on Meyer Road in Pendleton. She was the daughter of John Warren and Lillie Andrus Warren. Her mother’s parents owned a farm on Meyer Road. Gertrude’s father died in 1891, when she was not yet 7 years old, and she, her mother and 4-year-old sister Mary Margaret moved to 133 West Ave., Lockport. Lillie Warren was active in many women’s organizations and founded a History Club that met once a month at her home. While still in high school, Gertrude became involved in the Young Women’s Christian Temperance Union and organized meetings and programs at her home on West Avenue. She and Mary Margaret graduated from Lockport High School.

Following graduation, Gertrude attended the State Teachers College at Geneseo and then Columbia University for her bachelor's and master's degrees in home economics. She returned home and taught in Lockport and later at her alma mater, Columbia University in New York City, while working on her doctorate. It was while she was there, in 1917, that she caught the attention of officials in the U.S. Department of Agriculture’s Federal Cooperative Extension Office. They were looking for someone to lead and expand the “unchartered homemaking phase” of what was then known as the “Boys and Girls Club Work.”

At that time, canning was the only home economics project that was offered through the Club and the government wanted to offer more opportunities for girls to participate in the program. Although some of her family and friends questioned her decision to leave an established position at a well-known university, as well as abandon her doctoral work for a newly created government job, Warren accepted the challenge without hesitation.

Warren moved to Washington, D.C., and began working on a training manual for Club leaders. A national meeting held in Kansas City in 1919 formalized the structure of the “Boys and Girls Club Work” and a year later a document jointly authored by Warren and Oscar Herman Benson used the term “4-H” for the first time. By 1924, the Club had officially changed its name to 4-H, standing for head, heart, hands and health.

Although Warren did not design the four leaf clover emblem, she persisted in having it adopted as the national logo for the organization. It was she who proposed the idea that 4-H should be an experience that the boys and girls share not only with their peers but with adults as well. Rather than doing a project for just their own benefit or a prize, the children should do training and demonstrations to show what they have learned.

Although Warren was hired to expand the homemaking category, her biggest influence on the program was the writing and implementing of training bulletins and workshops. She also was instrumental in the founding of the National 4-H Camp in Washington, D.C., the establishment of the National 4-H Center in Chevy Chase, Maryland, and the creation of fellowships to allow 4-H leaders to study and train at the USDA in Washington or at a local agricultural college.

Warren was sought after for advice by U.S. presidents and other government officials and she was often mentioned in Eleanor Roosevelt’s “My Day” column. During World War II, Warren initiated the “feed a fighter” and “fill a Liberty ship” programs to encourage 4-H members to produce more food for the troops.

During her 35 years at 4-H, Gertrude Warren received numerous awards including the Superior Service Star from the USDA and the honor of having a building named for her on the campus of the National 4-H Center. Her most prestigious, and unusual, award came in 1939 from the Latvian government when she was conferred with that nation’s “Order of Three Stars.”

As a young man, Latvia’s president, Carl Ulmanis, had fled his homeland during World War I, came to America and lived in Nebraska. He was so impressed with the organization of the 4-H program, and the woman who was leading it, that when he returned to Latvia after the war, he instituted the program in that country and wanted to honor Gertrude Warren with Latvia’s highest honor. Because Warren was a federal government employee, Congress had to pass a special bill to allow her to receive the Maltese cross medallion from the Latvian president. She was also given a doll dressed in traditional Latvian clothing that is now on exhibit at the History Center.

Warren retired from the USDA in 1952. The Hon. Frances P. Bolton, R-Ohio, paid tribute to the Pendleton native on the floor of Congress on May 27, 1952, by highlighting her "35 years of splendid work” and citing an article in the Washington Post in which Warren was called “The Guardian Angel of the 4-H.” Following her retirement, Warren remained in Washington and served as President of the Women’s National Farm and Garden Association.

Warren died on Sept. 11, 1979, two months before her 95th birthday. She was survived by her sister, Mary Margaret, who was also living in Washington. The funeral was held in her adopted city but she was buried in Bear Ridge Cemetery in Pendleton.