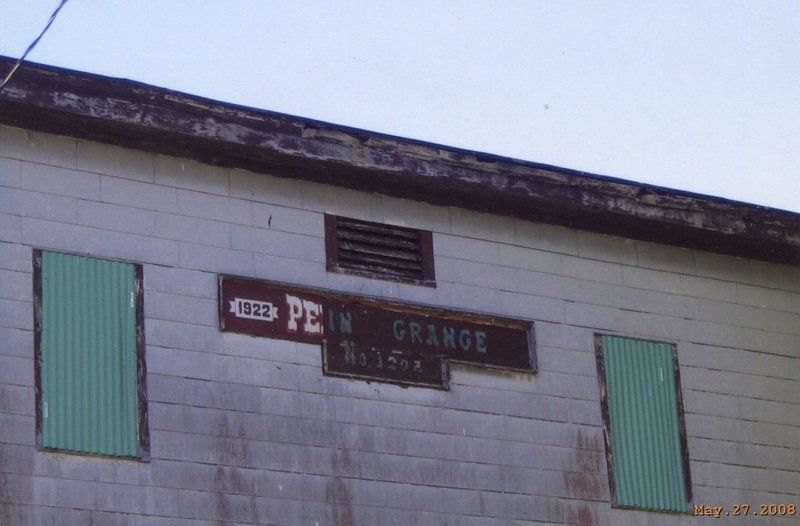 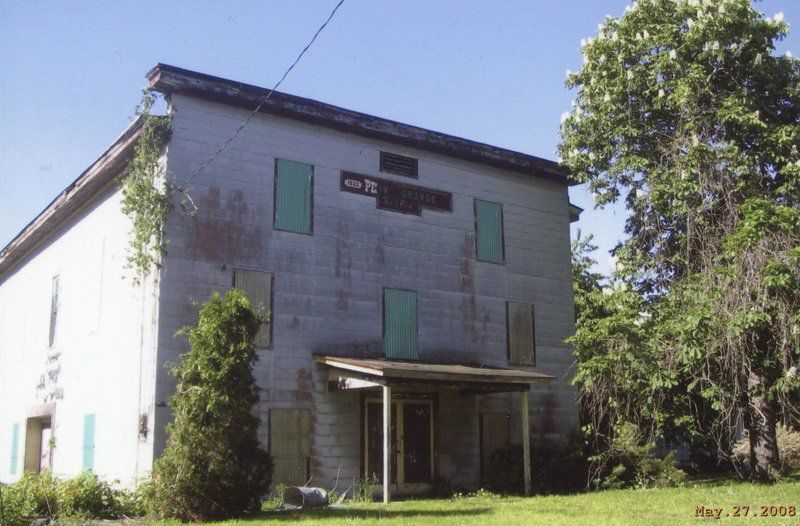 Contributed photoThe former Grange Hall in Pekin still had its sign about 11 years ago. The building is still there but the sign is now gone.

Contributed photoThe former Grange Hall in Pekin still had its sign about 11 years ago. The building is still there but the sign is now gone.

In an age before cell phones, e-mail and text messaging, when people wanted to communicate and socialize, fraternal organizations were often the center of a community’s activities. The local Grange was one such place. The movement was founded, not in a rural community, but in Washington, DC in 1867, by a group of seven men who, although not farmers, believed there was a need for an organization to represent agricultural interests much the same way that labor unions represented industrial workers in the cities.

Some of the first organizational meetings were held in the Union League Hall which at that time was being leased by Royalton native Belva Lockwood for use as a school, lecture rooms and her living quarters. The official name adopted for the Grange was the Order of Patrons of Husbandry and was based on the structure of the Freemasons, with hierarchal order and a system of attainable degrees. The word “grange,” comes from the Latin word for grain or granary, denoting a farm. A major difference from other fraternal societies is that from the beginning, women were admitted as full members, equal to men. The Grange offered rural farming families a place to interact, socialize, exchange information and advocate for issues that were vital to their way of life.

Another relatively local connection to the national Grange is in Fredonia, home to Grange #1, founded in 1868 and the first one to collect dues from its members. In 1915, it built an impressive Grange Hall on W. Main Street that is still used today. It was also the first Grange to organize in New York state.

The first Niagara County Grange (#1148) opened in Somerset in 1908. In 1917, they purchased the old Presbyterian Church on Quaker Road for its hall which is still standing. In the years between 1910 and 1925, Grange Halls were established in Gasport, Newfane, Hartland, Pekin, Lockport, Pendleton, Warrens’ Corners, Ransomville, Wilson and Lewiston. Another Grange Hall (#1202) that still exists is in Pekin. The Grange there was founded in 1910 and a new hall was dedicated in 1922. The countywide, or “Pomona Grange” as it was called, was organized in 1910. The city of Lockport also had a Grange (#1262), founded in 1912, that met above a furniture store at Walnut and Pine streets.

The Grange and its early members were responsible for a number of far-reaching programs, some of which are still in existence today. Members lobbied on all government levels for better education for rural school children (BOCES); Rural Free Mail Delivery; and the Farm Credit Bureau. Youth groups such as the Junior Grange, the 4-H and the Future Farmers of America were either started, or adopted by the Grange.

Many of the Grange Halls in this county began closing in the 1970s. With fewer farmers, and other outlets for social interaction and information, Grange membership has declined not only in this area but across the country. A century ago, there were over a million Grange members in the United States. Today there are less than 150,000 nationwide. A few Grange Halls, such as the one in Pekin, which closed in 1974, still stand but are boarded up and unused. In Somerset, the Grange closed in 1970 but the building is still there and is now a private home. These buildings are a legacy to a bygone era when Niagara County was still a predominately agricultural region. The closest Grange to this county is the Niagara Frontier Grange, #1605, headquartered in Oakfield in Genesee County. There are three individual Granges still operating there as well, Corfu (#142), East Pembroke (#1157) and Oakfield (#813).

Is there a Grange Hall in your community that still exists in some form? We’d like to know about it. Please call 434-7433 or email annmarie@niagarahistory.org.

The author would like to thank Marcia Rivers and Lorraine Wayner for providing information for this article.