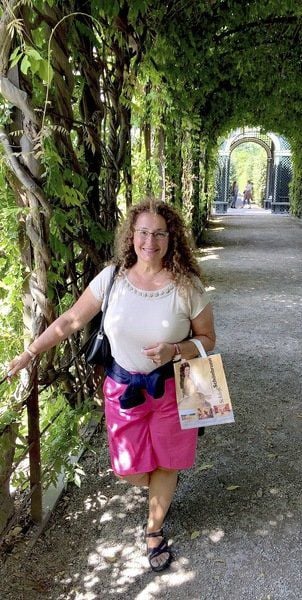 Contributed PhotoJude Caserta at the Eifel Tower in Paris. 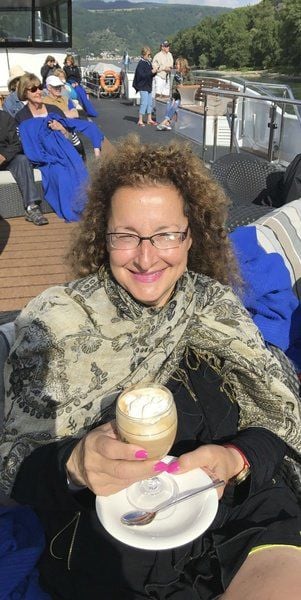 Courtesy photosYoungstown’s Jude Caserta, owner of Jude’s Luxury Travel, is shown in Vienna, France and Switzerland. Her website is www.judesluxurytravel.com.

Contributed PhotoJude Caserta at the Eifel Tower in Paris.

Courtesy photosYoungstown’s Jude Caserta, owner of Jude’s Luxury Travel, is shown in Vienna, France and Switzerland. Her website is www.judesluxurytravel.com.

Jude Caserta always wanted to be a world traveler. Unfortunately, for a long while, life got in the way.

The Youngstown woman married at 22 to Tom Casserta, the boy assigned to be her “big brother” at freshman orientation at Canisius College. They had two kids, got jobs and went about the business of being grown-ups, before a bucket list event reminded her to live her dreams today.

At 25, the Lewiston native and her attorney husband bought the house in Youngstown where they still reside today.

“There was absolutely nothing interesting about this house when we bought it,” she said. “We’re here still because our first child only lived here.”

Her firstborn, Tommy, died at age 4 of a congenital heart defect. “Part of that changes your DNA,” she said of his death, but added that her son’s gift was an important life lesson. “It also turned out to be an incredible opportunity to learn how to create joy.”

Her desire to create joy was how she ended up opening her own travel agency, while still working as assistant athletic director for business operations at her alma matter. She took some time this week to talk about her dream business.

QUESTION: Where did you get the idea to become a travel agent?

ANSWER: My dad was a car dealer in Niagara Falls for many years. As a result of that business, he and my mom traveled the world, Europe at least once a year, a safari in Africa. It was before everybody was doing that. As a child, I watched my parents traveling around the world and kind of made the incorrect assumption that what you do when you grow up.”

Q: And then you grew up?

A: I was 49 years old the first time I went abroad. When my son started at Canisius High School, he said to my husband and I that he wanted to go to Italy. Every Easter break one of the teachers takes the kids abroad. Every other year its Italy. When it was time to sign him up, my husband and I explained to him that I was going also. There was no way that — watching my folks do this my entire life — that he was going to get there before me.

Q: What did you think about your first journey?

A: I loved it. The thing I learned the first time was I didn’t feel I did enough preparation … In some ways I didn’t have enough context for what we were doing. But then I had the bug.

Q: And that led to your next trip?

A: Yes, but my next trip was six years later. Our son was within a month of graduating from college and one of our dear friends mentioned to my husband they were going on a river cruse in 2013 to France on the Rhone ... without being overly dramatic or cliche, I was on the board somewhere in the south of France and I knew, I just knew, this is what I wanted to be when I grew up. The cruise director actually spoke with me several times on the boat and identified with me as someone he thought would be a very good tour director.

Q: So when you got home you opened a travel agency?

A: Not exactly. I knew that I needed somebody to help me learn how to do this. After I got home I started going to Gorge Travel in Lewiston and every time I would go there, it would be closed ... It took us almost two months to meet and my proposal was, if I could get a web presence for him, he could teach me the travel business and he said yes. He has been my mentor and my cheerleader ever since.

Q: When did you open your own place?

A: About 2-and-a-half years ago. It’s a virtual business.

Q: Where did you get your motto about living for today?

A: It’s about living someday today. About four years ago, I was in New York City on my birthday and my husband was at a meeting. I was just walking around Soho and I almost walked into the door of Balthazar restaurant. It’s very famous. It was lunchtime and it was my birthday and I said, ‘What the heck.’ They seated me at this beautiful table in the bar room. I remember sitting in the seat and saying ‘I always said, someday I want to get to Balthazar. And someday is today.’ On the spot I went to GoDaddy and bought the website name. I later named my company Jude’s Luxury Travel. I specifically have the word luxury in it because while not necessarily the most expensive, I consider myself a value interpreter.

Q: How do you interpret value?

A: You can Google anything. You can get on Expedia. You can get on Priceline and you can get hundreds of thousands of hits. What I do is I whittle all that down and I help you value what your goals are.

A: I had a group of 30 including myself, last summer, go to the top of Jungfraujock in Switzerland. We were at the highest train station in Europe on the largest glacier in the contiguous European continent. It was a day I’ll never forget, standing on the mountain in the snow in July.

Q: How many tours have you done so far?

Q: Has all of this lived up to your dreams?

A: Actually, it’s exceeded them. Part of it is my own experience, but more is when I do a group tour and watch others experience it. It is so incredibly gratifying.

Q: What makes your company different?

A: I always say to people, “Do you have Expedia’s cell phone number? People will tilt their head and say, ‘ ... right.’”