The Foo Fighters, Jay-Z and the Go Go's are among this year's inductees. 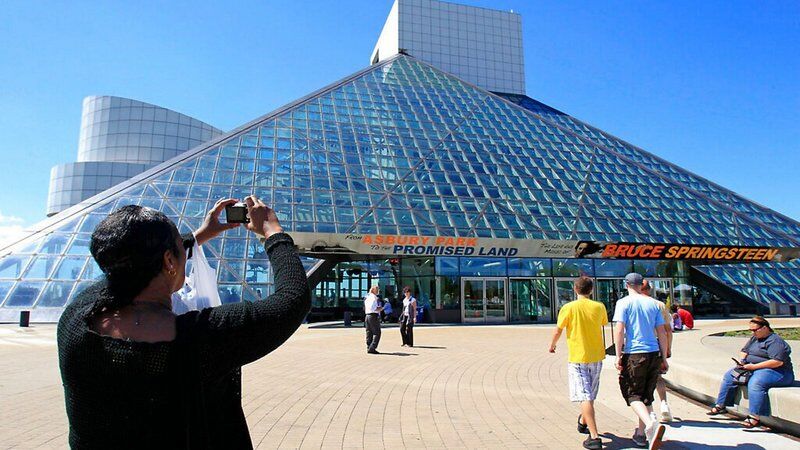 On Saturday, the members of the Rock and Roll Hall of Fame class of '21 will be in Cleveland for their induction. (AP photo)

The Foo Fighters, Jay-Z and the Go Go's are among this year's inductees.

On Saturday, the members of the Rock and Roll Hall of Fame class of '21 will be in Cleveland for their induction. (AP photo)

This year’s list of presenters is one of the most impressive, and includes Paul McCartney, Taylor Swift and Jennifer Hudson.

The Rock and Roll Hall of Fame has been the subject of intense criticism, almost since its inception. Nearly every music writer fires off a list of “snubs” and/or complaints that the acts don’t fit because they aren’t Rock and Roll performers, or that the Hall lacks diversity.

Other complaints focus on the secretive and inclusive voting and nomination process, and the insignificance of the fan vote-which is viewed by some critics as a cheap marketing ploy.

Todd Rundgren has been a vocal critic of the Hall for many years, and is skipping the ceremony along with many of his fans. So even when the Rock Hall does something to correct a slight, as they did this year with Rundgren, it seems like they cannot atone for past wrongs.

Rundgren’s complaints are valid, as are many of the criticisms of the Rock Hall, but they seem to be headed in the right direction, and addressing some of the major issues that have plagued the organization for decades.

For instance, of the 26 multiple inductees, only three of them are women. Two of them are in the 2021 class, Carole King and Tina Turner. The first female multiple inductee was Stevie Nicks in 2019, so while the Rock Hall has a ways to go to catch up, at least we have seen three new additions to the list in the last three years.

One of the major issues that the Rock Hall contends with is that sports halls of fame have clearer criteria, and they also don’t usually induct athletes that are still playing their respective sport. More than half of this year’s class are still actively touring and/or still recording new music. That’s fairly typical given the longevity of some of today’s major touring acts.

In spite of the criticisms, a Rock Hall induction can benefit lesser-known artists, and potentially revitalize their career. It also exposes some lesser known artists to a wider audience.

One of the best things about the Rock and Roll Hall of Fame is the actual museum. It is an aesthetically beautiful building from the outside, and the collection of rock memorabilia is breathtaking. Even after multiple visits to the museum, I never tire of the place. I am probably in the minority when I write that the Rock Hall gets a lot more right than they get wrong.

So this weekend I will experience the best of both worlds, a Todd Rundgren concert in Canton, Ohio on Friday, and the following night I will be there when Todd is inducted into the Rock and Roll Hall of Fame (even though Todd will not be at the ceremony since he is performing in Cincinnati the night of the induction).

And even though i wasn’t afforded media credentials (and trust me, I begged), I will happily attend my first induction ceremony as a fan, and as a member of the Rock Hall.