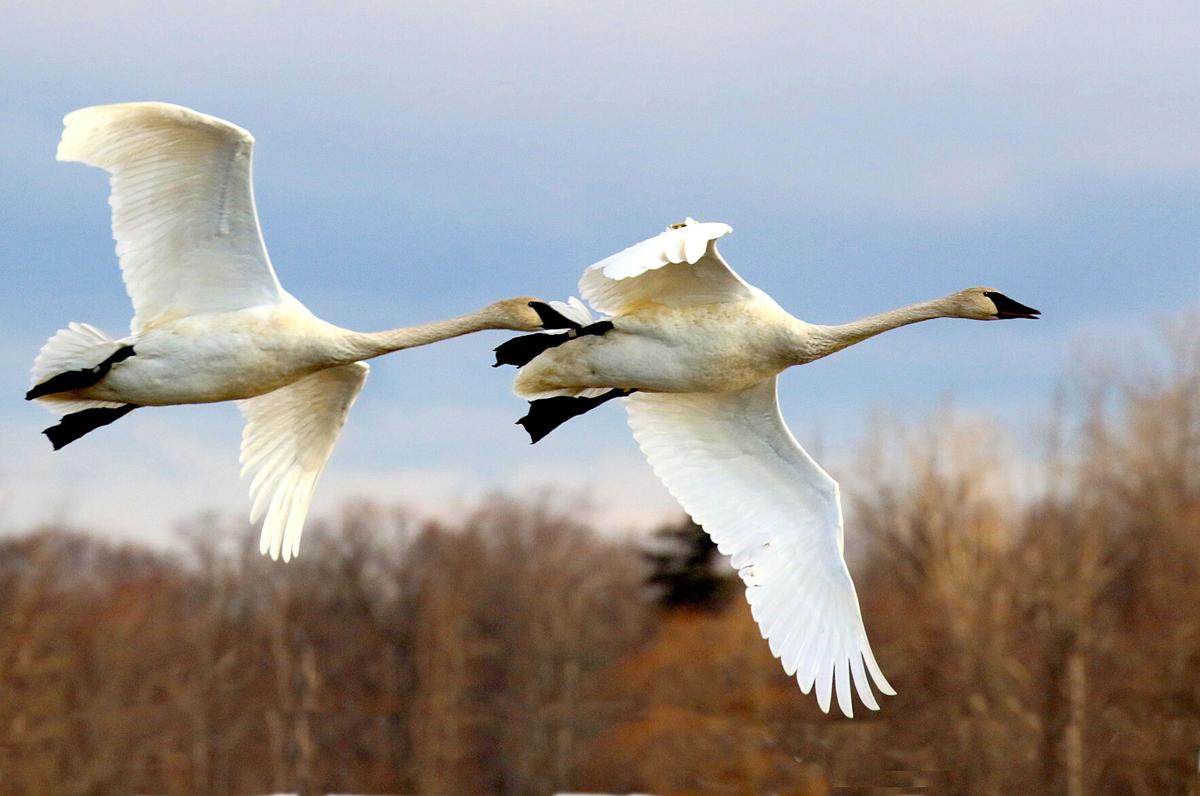 The arrival of trumpeter swans in the Alabama Swamp is a sure sign that spring has sprung. (Douglas H. Domedion / contributor) 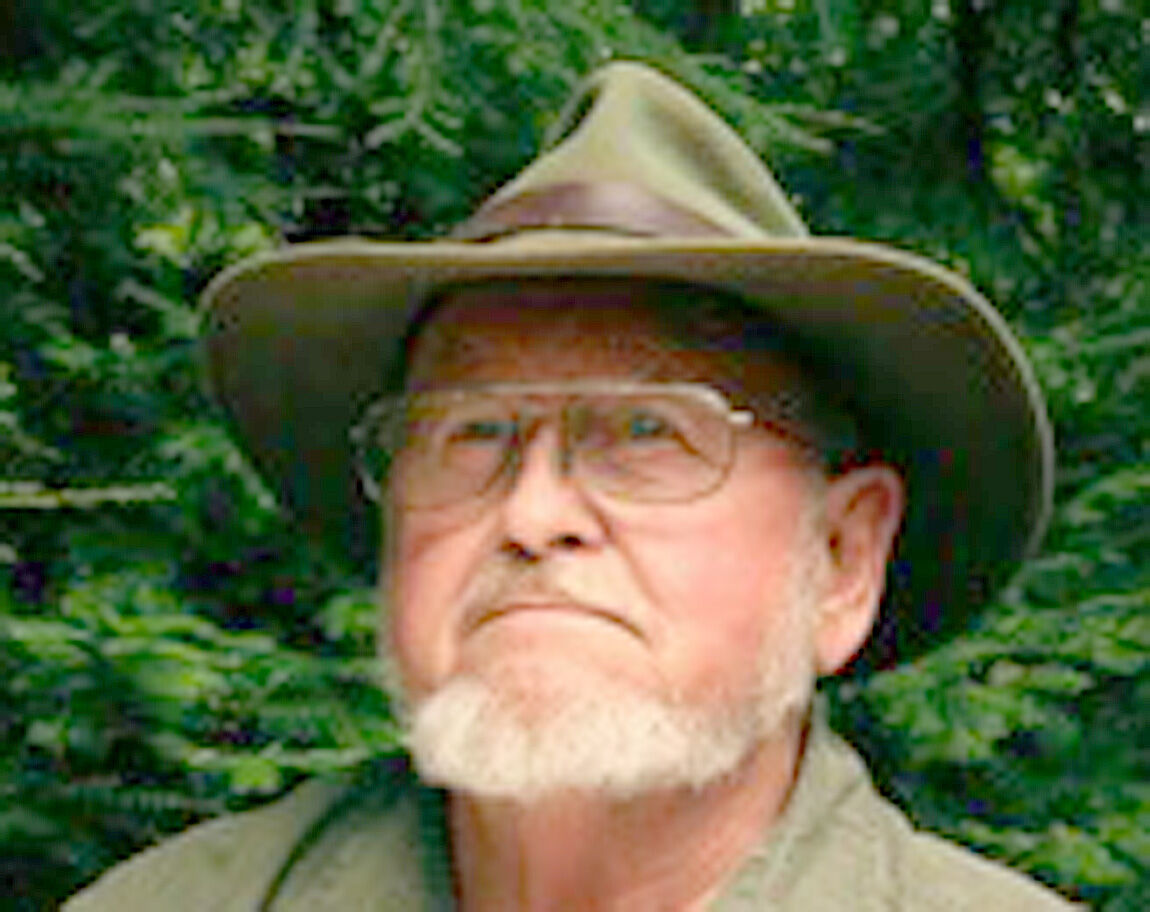 The arrival of trumpeter swans in the Alabama Swamp is a sure sign that spring has sprung. (Douglas H. Domedion / contributor)

Well, it finally arrived. Spring! How do I know? The geese and swans told me.

Though much of the Alabama Swamp on both the state and federal areas stayed frozen over for quite a while even after some super warm weather, an area off Route 77 on the Iroquois National Wildlife Refuge, called Kumpf Marsh, began to open up. The marsh is very shallow and thus ice does not get thick.

Kumpf Marsh is adjacent to the Kanyoo Nature Trail and it runs next to the old Feeder Road. Feeder Road is closed to vehicle traffic now but folks can walk its 3.5-mile length by parking at the Kanyoo trail parking lot and taking the path between the two buildings there to Feeder Road. Of course, there’s the 1.7-mile Kanyoo trail through mixed woods and some wetlands, and that is also a popular spot.

But back to Kumpf Marsh. Early arriving Canada geese flocked to it as did migrating tundra swans. This year the swans really put on a show for wildlife lovers. More swans showed up than ever before (I’d estimate about 200 at first) and they parked themselves right in this small marsh for the whole world to see. They began to arrive on March 9th and only recently began to moving north about March 17th.

The great thing was the swans remained here much longer than they usually do, giving a lot of folks a great show. People walking along Feeder Road got super views, as did folks traveling along Route 77. In fact it has been normal to see three or four vehicles pulled over on the side of the road for viewing. Later more swans showed up here and then also on the next marsh over, Cayuga.

I’d say more than 600 swans occupied both marshes. The birds at Cayuga were much farther back and harder to observe, but the bunch at Kumpf remained there for easy viewing. As of this writing, on March 20th, most have now departed.

Tundra swans do not nest here, they are only passing through from their wintering grounds farther south to tundra country way up north where they nest. Tundra swans are the smallest swan but still bigger than a goose, weighing in at about 15 pounds and having a wing span of a little more than four feet. Their call is kind of a “klooo” sound.

The other swan that showed up was the trumpeter swan — the largest swan in the world — but only a few. They’re the pair that have been nesting in this area for the past few years, accompanied by their young. The trumpeter swan is much larger than other swans, weighing about 30 pounds and having a wingspan of eight feet or more. Its trumpet-type call is hard to miss.

Trumpeter swans are mostly mid-western and western birds now. Back in the early 1900s they were hunted so much for their skins, feathers, meat and eggs that by 1932 there was thought to be only 70 left. They are completely protected now, however. Restoration projects were established that eventually started to bring them back. In recent years there has a project in Ontario, Canada, to restore this bird, which was originally found up there.

The trumpeter swans that have been nesting in the Alabama Swamp are from that project (wing and leg bands show this), and here is an interesting fact about this pair and their young: They do not fly south in the winter, they fly north and winter in an open-water lake in Ontario. So, I think we will be seeing more of these swans around as the young mature and return here to nest.

FYI, there is another swan in New York state, the mute swan. He is kind of in between the other two species size-wise but is not native — the mute swan was brought here from Europe and escaped into the wild — and is considered an invasive and very undesirable species. He can be very nasty around humans and other waterfowl. Mute swans are the ones you see around parks, big ponds and inlets along Lake Ontario. They have gotten completely out of control and are causing problems with other waterfowl and the aquatic vegetation in local marshes.

I have seen only a few snow geese in the area this year, although there have been thousands passing through Montezuma National Wildlife Refuge. We usually have a quick “stop over” by limited numbers in the area, but so far nothing of them here.

One thing I have noticed, probably because of the COVID-19 pandemic and folks being cooped up all winter, is that there has been a huge turnout by people hoping to catch sight of spectacular wildlife in early spring.

Folks, please obey the signs around the refuge areas.

Most areas of the Iroquois refuge are closed to the public now except for designated trails, overlooks and Feeder Road. The reason is to protect the birds that are now in the area to nest. I see many people ignoring the signs, which means they’re disturbing wildlife and scaring off creatures that others would like to see. If you’re one of those people, here’s another FYI: There’s a new federal law officer at Iroquois who spends a lot of time checking around the area. Don’t get caught!

The state Wildlife Management areas are open to all public usage, but use your head and don’t disturb the wildlife there, either.