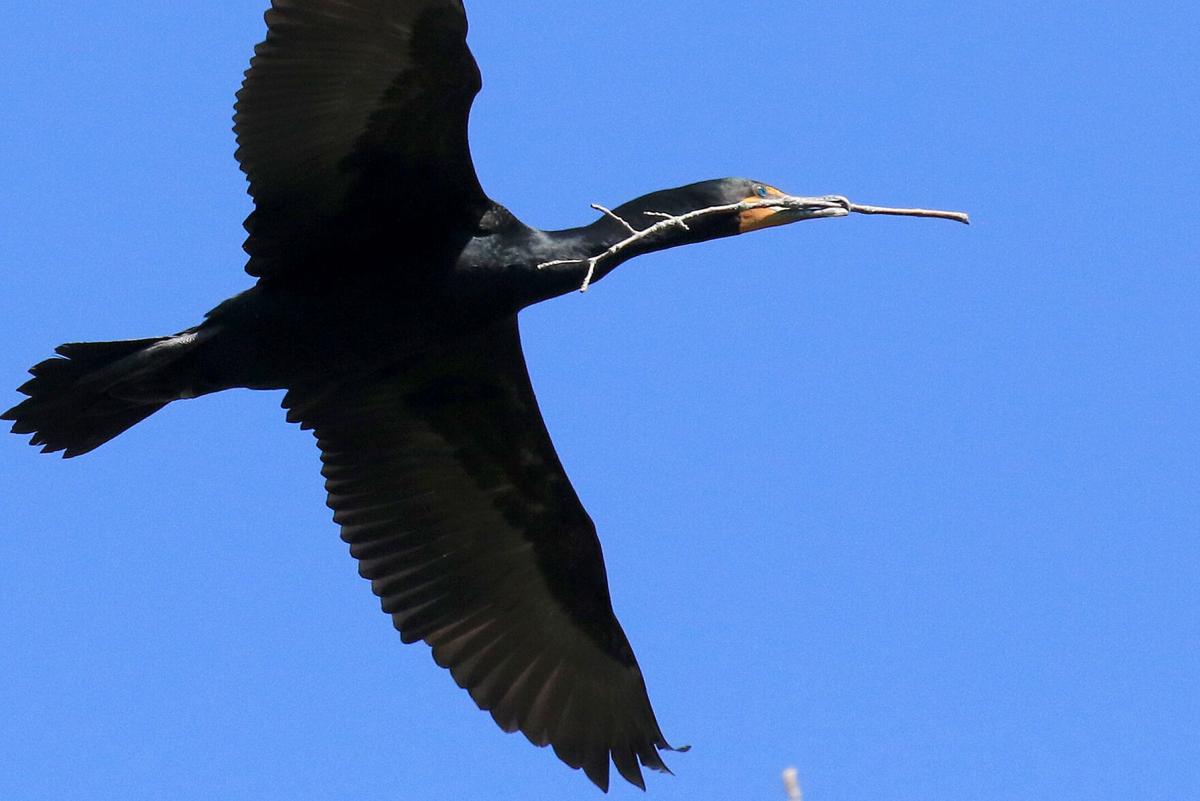 The double-crested cormorant brings a two-fold problem wherever it settles: Each one eats about a pound of fish per day, depleting a vital food source for more desirable wetland birds; and the excrement produced by a colony of them kills off trees and vegetation below their roosting and nesting areas. (Douglas H. Domedion / contributor) 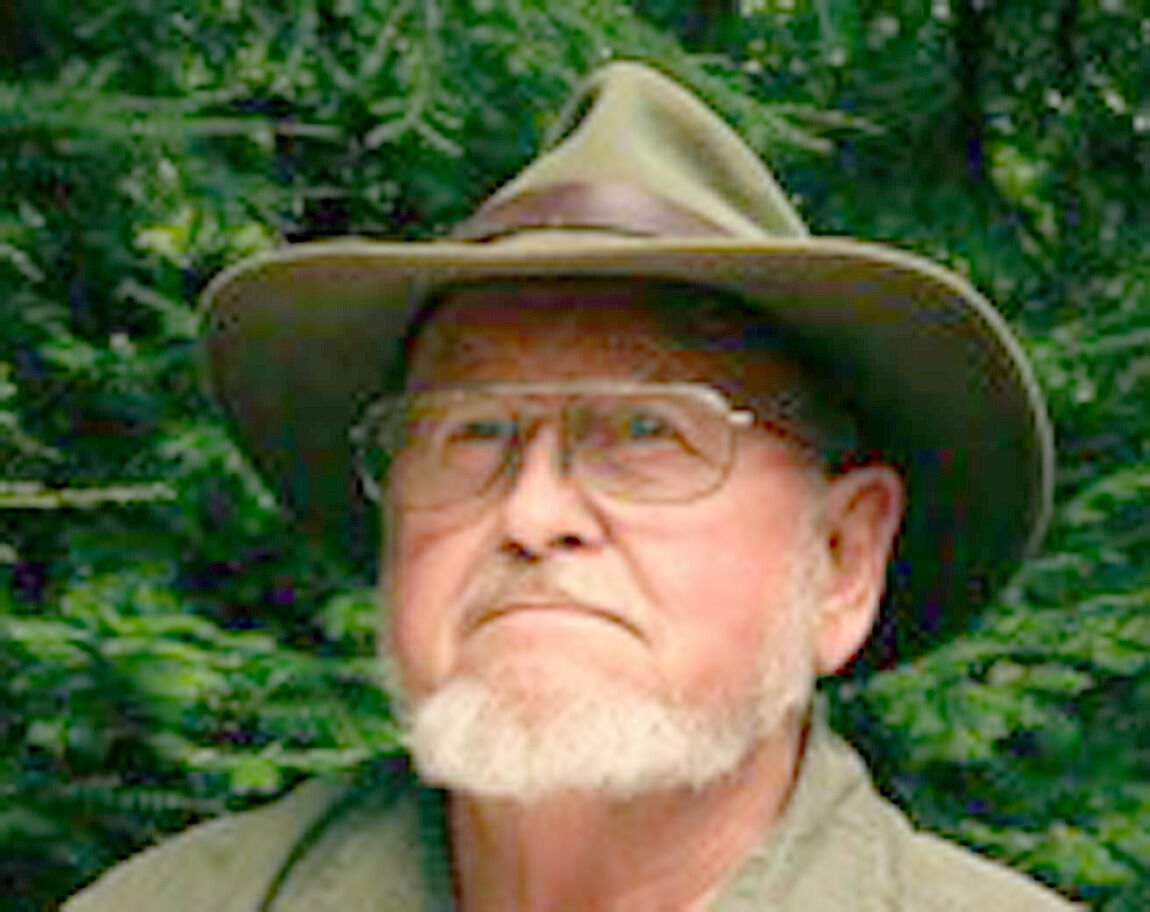 The double-crested cormorant brings a two-fold problem wherever it settles: Each one eats about a pound of fish per day, depleting a vital food source for more desirable wetland birds; and the excrement produced by a colony of them kills off trees and vegetation below their roosting and nesting areas. (Douglas H. Domedion / contributor)

Every spring I go to a certain spot on the Iroquois National Wildlife Refuge to photograph great blue herons carrying sticks for nest building as they fly back to their nesting colony. I hide along their flight path which allows me to see some unusual things. The past few years I have noticed an increase of double-crested cormorants carrying nesting material back into this same colony. This year I have observed quite an increase of these birds preparing to nest. This is not good. The double-breasted cormorant is a relative newcomer in the refuge area but he is getting a strong foothold here.

The cormorant is basically a black bird with an orange throat and lores (immature birds are more brownish and typically have pale necks and breasts). Its weight ranges from three to five pounds and it has a wingspan of about 4-1/2 feet. The bill is hooked, the eyes are blue-green and this bird dives for its food: fish.

The cormorant's numbers began to decline in the 1960s, due to the effects of the pesticide DDT, which weakened birds' egg shells and caused them to break. When DDT was banned in 1972, the population began to rise again. Cormorants generally don't breed until they're 3 years old and then they have three or four eggs each year (sometimes up to seven) and live for up to 25 years.

Problems come with cormorants. They eat an average of one pound of fish per day and they're capable of taking up to a 12-inch fish. So, here in the Alabama Swamp, they take a lot of fish that are needed by ospreys, eagles, terns, herons, egrets and other wetland birds that depend on small fish and other aquatic animals. Then there's cormorants' excrement, which kills off trees and vegetation below their roosting and nesting areas. Due to their concentration, they quickly destroy the environment where they congregate. I have seen small islands in the St. Lawrence River thoroughly “white washed” with their crap and all vegetation killed.

These birds are protected by the Migratory Bird Treaty Act but until 2016 depredation permits were provided to individuals, private organizations, federal and state agencies on a case-by-case basis for lethal control when their increased populations started causing problems. In May of 2016 the U.S. District Court stopped depredation orders until the U.S. Fish and Wildlife Service could prepare an adequate Environmental Impact Statement. Gee, it's too bad we don't allow the people we pay to manage wildlife to do so instead of those who don't.

In November of 2017, USFWS  released an assessment which, when approved, will allow permits to be issued for the lethal taking of cormorants again. The numbers for lethal control are accessed for almost 12,000 birds in the Atlantic flyway, almost 40,000 in the Mississippi and Central flyways and a little over 200 in Florida.

So, is this going to do any good in the Niagara Frontier, home to the Niagara River, Lake Ontario, Lake Erie and numerous small bodies of water? Cormorants will travel 40 miles from their feeding areas to roosting areas or to nest in colonies. My concern is for the Iroquois refuge and the Oak Orchard and Tonawanda Wildlife Management areas; cormorants are already nesting —more than most realize — in the large great blue heron colony on the refuge (where there are also nesting great egrets) and many are roosting in the WMAs. My recent two photo shoots actually shocked me because of the number of cormorants I saw flying with nesting material in their beaks. The number seemed almost as high as the great blue herons and there are about 130 immature birds roosting on Ringneck Marsh that are not reproducing yet.

How many fish do cormorants really take? Well, one pair taking two pounds a day over a life span of 15 to 20 years really adds up — to about 15,000 pounds — and as they reproduce the problem is compounded.

At Point Breeze these birds have decided to make the area their roost the past few years; soon we will see their nesting activity there. Several residents have been given permits to use noise makers (blank shotgun shells) to scare them away — which is to say, create another problem area somewhere else. At Point Breeze that worked for a couple years but now the lack of availability of those noise makers, and their cost, have made that solution impossible. The other night I witnessed about 250 cormorants roosting in the trees across from the Black North Inn.

Unfortunately I suspect that this is not going to be an easy problem to correct, especially in the federal and state refuge areas, as past management has failed and there is a larger number of birds out there now. What is the saying? “Too little, too late.”