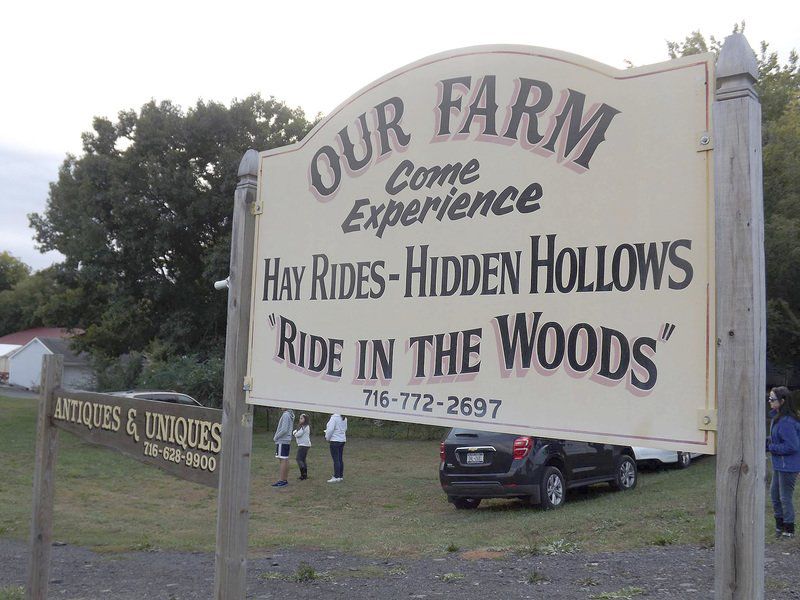 CONTRIBUTEDThe sign welcomes visitors to "Our Farm," which is having a fall festival Saturday. 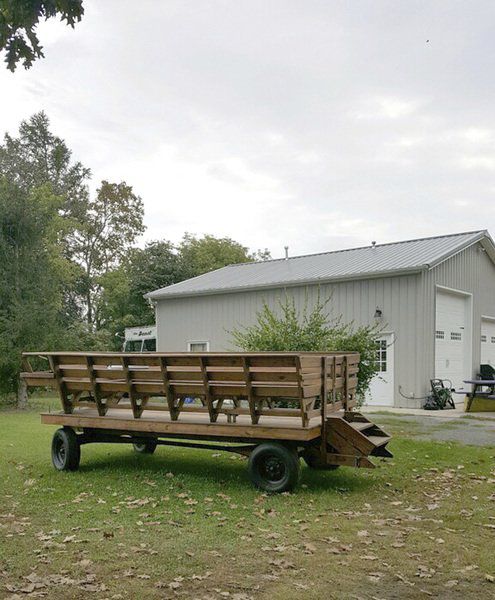 CONTRIBUTEDHere's the wagon Billy Benke and a friend built in less than three weeks, which will be used at the upcoming fall festival.

CONTRIBUTEDThe sign welcomes visitors to "Our Farm," which is having a fall festival Saturday.

CONTRIBUTEDHere's the wagon Billy Benke and a friend built in less than three weeks, which will be used at the upcoming fall festival.

The sixth annual Our Farm Festival will be from noon until 6 p.m. Saturday at 7610 Ridge Rd. in Gasport.

It’s at the home of Billy and Maggie Benke, who live on the 31-acre farm, which is called “Our Farm” — hence the festival’s name.

All hayrides are going to be $6.

Billy Benke said he and a friend of his made the wagon for the hayrides themselves in about two or three weeks. It seats about 26 people. He said he made a wagon “no one can get out of,” so that’s the only reason anyone gave them insurance for it.

They have about 20 vendors coming, such as a face painter, a person selling shirts, another selling homemade clothing and a man selling nuts.

They still have an “Antiques and Uniques” shop for people to buy from. There will also be a candy shop and petting zoo with sheep, geese, goats, rabbits and ducks, among others. There will even be pony rides.

Also on hand will be Billy's Beef, which is the Benkes’ family business. They sell beef on weck, poutine french fries and chicken fingers, along with other food items.

Benke said he “buys only the best quality meat” and, if prices go up for the food, he raises his own prices to buy the better meat, rather than buying cheaper meat.

In the evening, the festival will feature a bluegrass band and even an “open mic night.” There will be a guitar concert toward the end of the event.

Sheri Curry has been going to the Benkes’ farm for about four years, because she started taking her students to their farm about four years ago. She teaches second grade at Dodge Elementary School in Williamsville. Her husband, James Curry, volunteers at the farm. He’s a retired teacher from the same school.

“They work with us with our different kids’ needs,” Sheri Curry said. “We’ve done amazing hayrides. They have farm animals the kids can pet. They do scavenger hunts. They’ve picked pumpkins and decorated them. They do a nice job with the kids we bring in.”

She said Billy and Maggie are “the sweetest couple.”