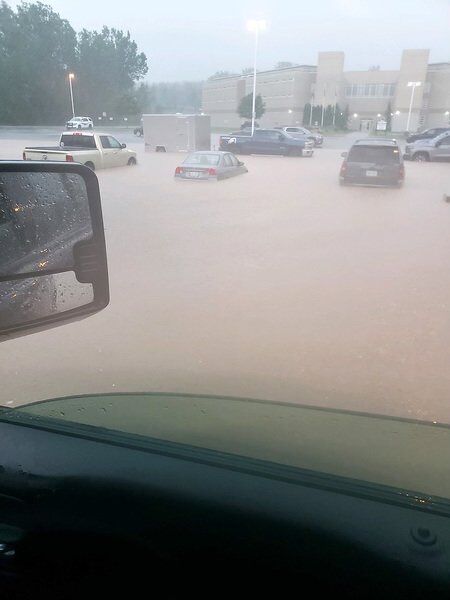 The parking lot at the Niagara County Jail was underwater after the Tuesday storm. (Mark Crocker / contributor) 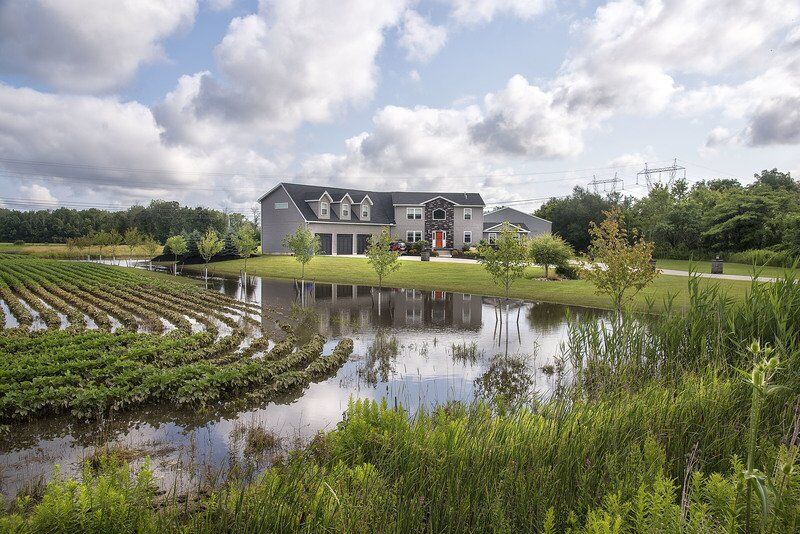 In Pendleton, a farm field and residential property off Feigle Road remained under water the morning after the Tuesday storm that swept through the area.

The parking lot at the Niagara County Jail was underwater after the Tuesday storm. (Mark Crocker / contributor)

In Pendleton, a farm field and residential property off Feigle Road remained under water the morning after the Tuesday storm that swept through the area.

“At 8 p.m. it was the God’s eye picture of what they predicted,” Crocker recalled on Wednesday. “It isn’t a matter of money. If we could fix it, we would.”

Crocker said during the most intense time of the storm, which dumped between 5 and 6 inches of rain according to the National Weather Service, the town stopped answering its emergency line.

“We were unable to help people” he said. “We care and are sympathetic. We could not have someone  answer the phone because we were deluged. Our goal was to keep up.”

Crocker said the town has 41 sewer lift stations with pumps that elevate effluent so it can move with gravity. In recent years, millions have been spent on back-up generators for those stations. Unfortunately, the generators didn’t help. The rain was too much.

The other major effort on Tuesday was keeping ditches flowing, to minimize road flooding.

A major problem with wastewater systems everywhere was on display Tuesday. “Infiltration and inflow” is the technical term for the intermingling of rainwater or groundwater with effluent. One contributor is connection of sump pumps to the wastewater system.

For several apartment buildings on Robinson Road, that led to a nightmare because the co-mingled flow backed up through toilets and tubs and trashed basement level apartments.

Frank Thiemke has been managing an apartment building on Robinson Road for 15 years.

“We’ve had off-and-on flooding for the last few years but not like this,” he said. “It’s been the last two times.”

Thiemke blames the town for not expanding sewer capacity.

“You can sit and talk until heck freezes over but until you act on it, it is worth nothing,” Thiemke said. “I have an issue. I take it personally. The people in my building are my family.”

Crocker explained the capacity issue as a matter of engineering. While the system was overwhelmed Tuesday, it was a 100-year event and something no one expects.

“These properties are in low-lying areas. Unless your change the entire width and size downstream, you aren’t going to go any farther. We are completely sympathetic."

Crocker suggested sunny weather over the next few days should help dry things out.

In two weeks, he said, he plans to get together with his deputy supervisor and town water, sewer, highway and engineering staff to critique the town's crisis response, with an eye on what went right or wrong and what could be done better the next time.