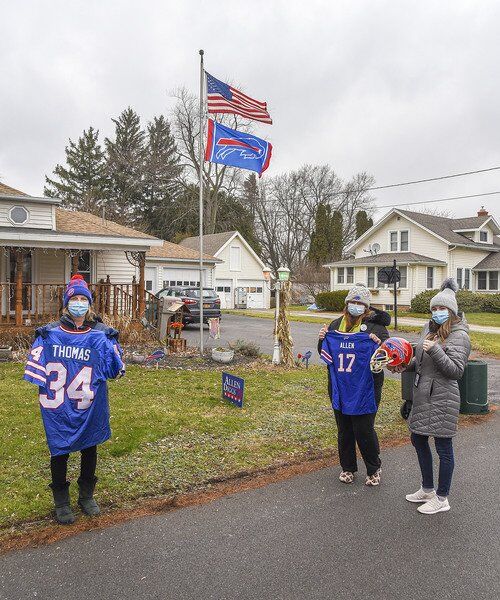 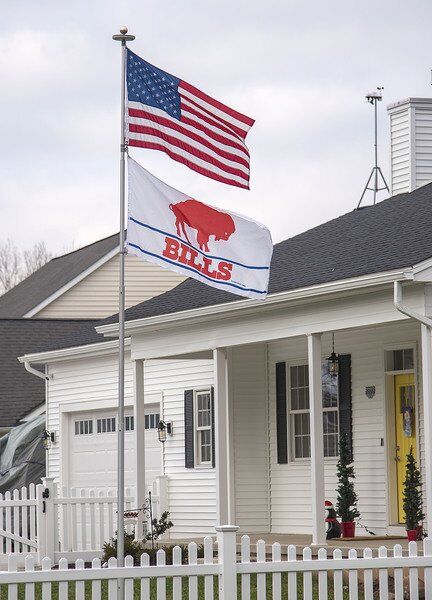 Any place you go in Niagara County this week, you're bound to see a show of support for the Buffalo Bills, such as the flag flying in front of this Twilight Lane, Lockport, residence. (James Neiss/staff photographer) 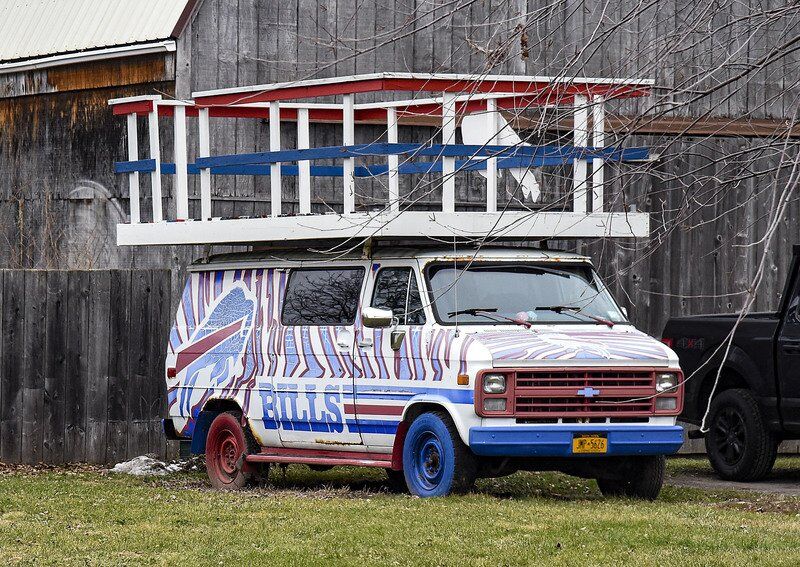 She might have a few years on her but this classic Chevy is sporting the right colors in Newfane, surely just waiting for tailgating days to return. (James Neiss/staff photographer) 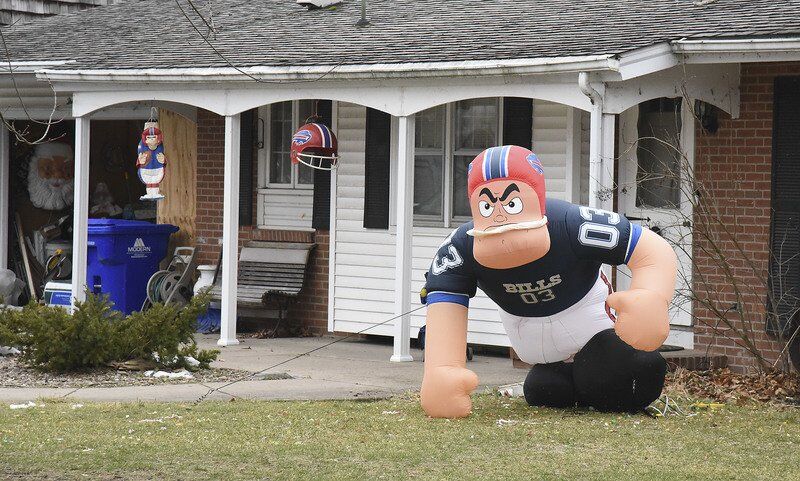 Any place you go in Niagara County this week, you're bound to see a show of support for the Buffalo Bills, such as the flag flying in front of this Twilight Lane, Lockport, residence. (James Neiss/staff photographer)

She might have a few years on her but this classic Chevy is sporting the right colors in Newfane, surely just waiting for tailgating days to return. (James Neiss/staff photographer)

What better way to celebrate the Buffalo Bills' return as a legitimate Super Bowl contender than with your children who weren't alive yet to see it the last time around?

Thousands of Western New York fans who witnessed the pain and glory of the Bills' championship run from the late 1980s to the mid 1990s are reliving those years — and those feelings — with their kids for the first time.

“All my life, my dad's been telling me stories about Jim Kelly and the Buffalo Bills Super Bowl teams. I wasn't born yet, so I never really knew what it felt like,” said Collin Nelson, the son of Lockport natives Scott and Mary Nelson of Amherst.

Collin and thousands of younger Bills fans like him have only lived through a couple of successful seasons, if that many, in their lifetime.

“Hopefully this year we can make it back to the Super Bowl and I can see it for myself what that feels like,” Collin said. “It's already pretty exciting, though.”

The 13-4 Bills defeated the Indianapolis Colts this past Saturday, 27-24, on “Wildcard Weekend” to open the NFL playoffs. This Saturday night, the Bills will host the Baltimore Ravens in an AFC semifinal at Bills Stadium in Orchard Park (8:15 p.m, NBC). The winner advances to the AFC title game, which determines who will take on the NFC champ at Super Bowl LV on Feb. 7 in Tampa Bay, Fla.

Residents aren't the only ones replacing their holiday decorations with displays of Bills logos, buffalos and other symbols to support the team. Local businesses everywhere are doing so as well.

Curt Stuart, the owner of Stuart Sports in Lewiston, has a new sign out in front of his store that reads, succinctly, “Go Bills!” He says everyone's happier these days and best of all, sales are up, especially for anything Bills related.

“We put the sign up because we're back in the playoffs and there's so much excitement over it,” Stuart said. “I remember what it was like the last time and it sure made winters a lot warmer and a lot shorter because everyone's looking forward to the next Bills game.”

Among the items selling like hotcakes are Bills sweatshirts and personalized screen-printed shirts that Stuart Sports specializes in.

“When the Bills do well, we all do well. It's fun and exciting and it gets everyone's juices flowing,” Stuart said.

The Nelsons — Scott, Mary, Collin and older sibling Tyler — do what most Bills fans do on game day, they wear their favorite team article of clothing. And they also like to watch the games together as a family.

“I wear my Bills hat with the older logo on it,” Scott said. “And we're all big Josh Allen fans. (It's) just the way he carries himself as a young player and team leader.”

Three of the four Nelsons think the national media has treated the Bills fairly this year, but Mary disagrees, saying, “Eh, it depends on how they're doing.”

Mary also said she likes the Bills' young quarterback, Allen, because “he's the one who's pushing and inspiring everyone around him.”

“I like all the Bills players, but Phillips does a lot of great things with The Playmakers, an NFL program that helps kids with disabilities,” he said. “I bought a new Bills' hoodie over the the summer and I've been wearing it faithfully every game.”