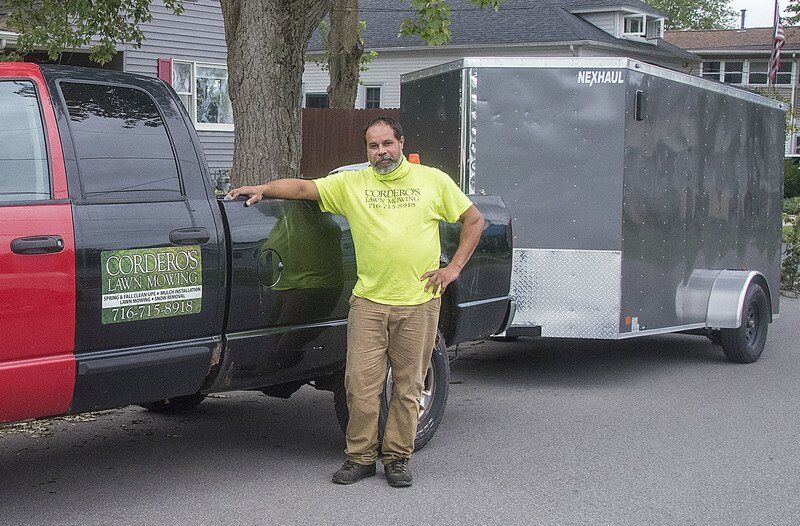 Landscaper Carmelo Cordero lost the use of his truck after a recent fire. 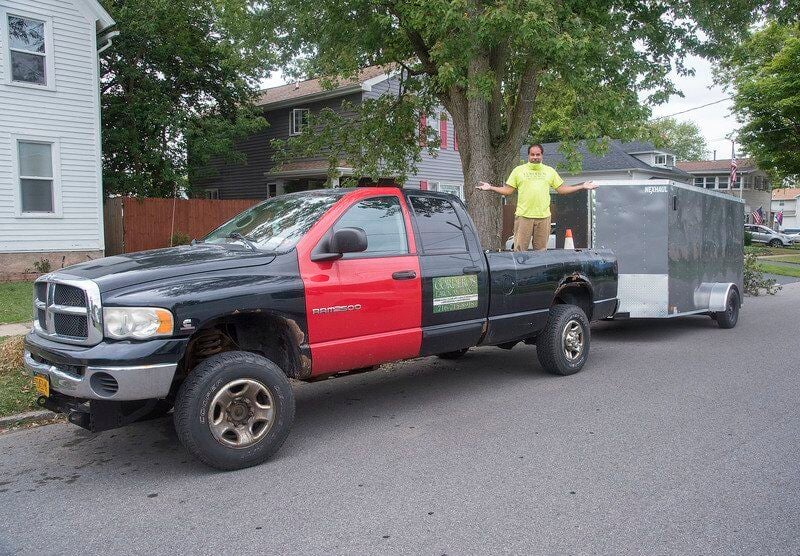 Landscaper Carmelo Cordero pictured on his current truck. Quick thinking had the Lockport man avoiding a potentially explosive situation after the truck he was driving Sept. 4 ignited while in a gas station parking lot.

Landscaper Carmelo Cordero lost the use of his truck after a recent fire.

Landscaper Carmelo Cordero pictured on his current truck. Quick thinking had the Lockport man avoiding a potentially explosive situation after the truck he was driving Sept. 4 ignited while in a gas station parking lot.

Carmelo Cordero started his landscaping business just this past year. He has a truck, a trailer, a website and a dream. With a house full of 10 people, you need to do something.

But all of a sudden, things went up in smoke.

“I was getting some estimate to get the truck fixed, to get it to work for fall cleanups and I went to get gas at Red Apple,” Cordero said, but that’s when things started. The dump truck – a truck with a bed that rises in the back to pour what the truck’s hauling, whether dirt, stone or other that Cordero had just bought – suddenly caught fire on Sept. 4.

Instead of panicking, he put the car in park, then in reverse as an onlooker was waiving at him through the smoke and flames. He backed onto the road, the intersection of Transit and Willow streets, and seven minutes later the fire trucks arrived and put the fire out.

Lockport Fire Chief Pat Brady told the US&J that most gas stations in Lockport have a button to extinguish fires. While the codes have changed and there is no requirement any longer, he said it was easier for the gas stations to update their fire systems each year than to tear them out. As it was, Brady said his firefighters put 400 gallons of water onto the blaze.

Codero said he didn’t know anything about a fire extinguisher system and reacted to the situation as he saw it. In the meanwhile, his business is still running, the truck is to be sold for scrap, and fall cleanups are coming up and he’s ready to get to work. He doesn’t consider himself a hero, he described the situation as an accident, and he just did what he had to.

“That was my only option, get it out of the gas station and get out of the truck,” he said. “At a gas station, it would’ve been way worse if it stayed there.”