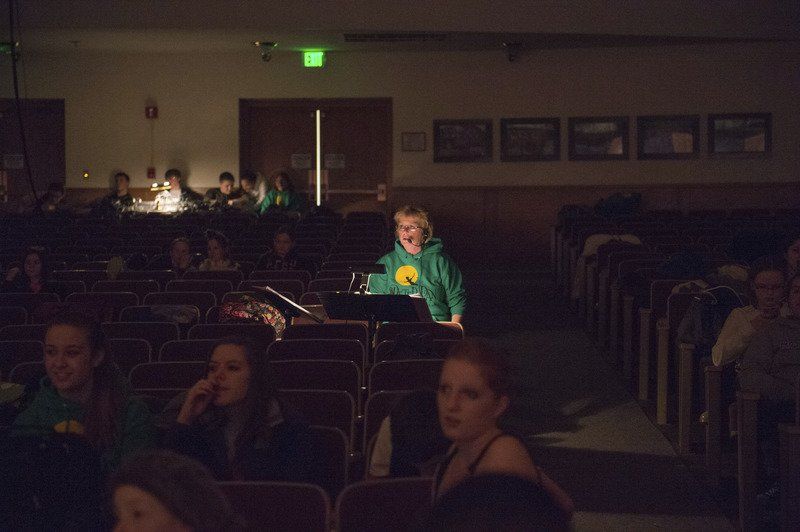 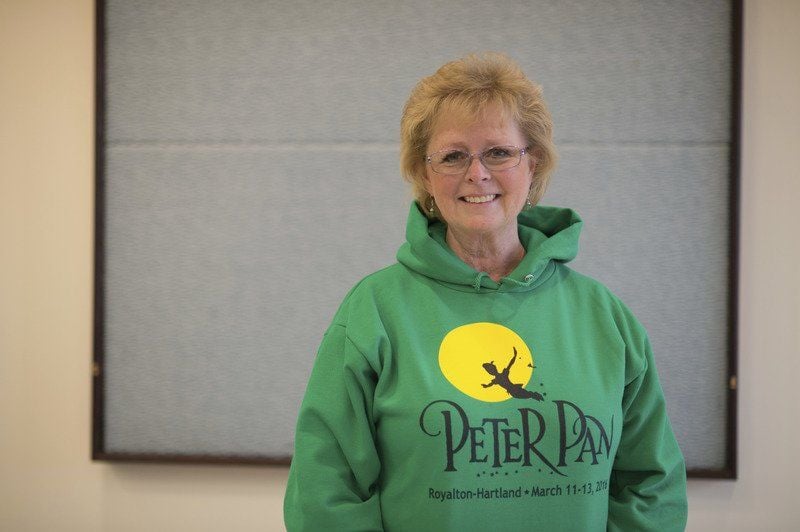 Royalton Hartland school musical director Carol Blumrick is a veteran of local musical theatrical productions. She took her first role in a musical as a freshman at Roy Hart High School. Today she's also well known as a player in Nunsense Productions. 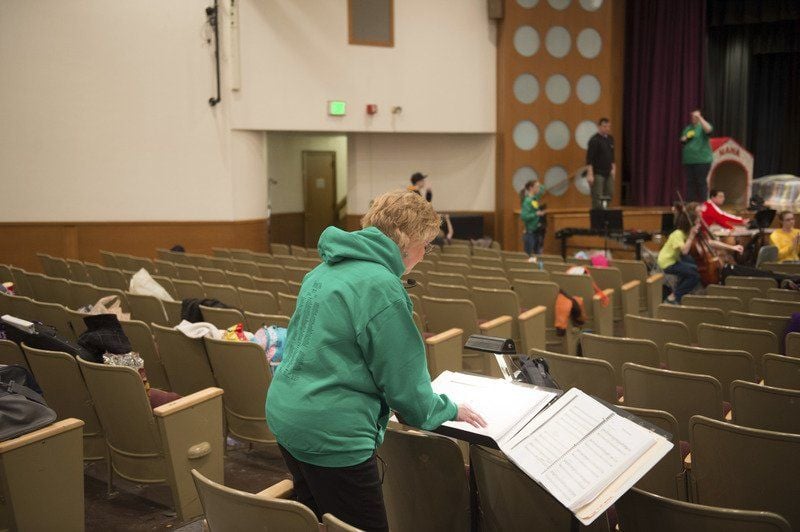 Royalton Hartland school musical director Carol Blumrick is a veteran of local musical theatrical productions. She took her first role in a musical as a freshman at Roy Hart High School. Today she's also well known as a player in Nunsense Productions.

School musical director Carol Blumrick is stepping away from the program at the end of this school year, after serving as the musical director for 24 years. Thus the drama club's upcoming presentation of "Peter Pan" is her curtain call, so to speak.

Blumrick, a third-grade teacher, plans to retire from the district altogether at the end of the 2016-2017 school year. She says she is easing her way into retirement slowly, to save herself from the shock of having less to do on a daily basis.

"I thought I'd ease out so it wasn't like being hit by a two-by-four," she said. "So I'm easing out of one thing and easing into another."

Blumrick took over as Roy Hart's drama director after Ellyn MacConnell retired from the post in 1992. Her first production as director was "Grease," in the spring of 1993.

With each production came a surprise highlight, Blumrick said — such as the screen falling down during the club's performance of "Singin' in the Rain" or the standing ovation that a former student received in "Carousel."

"My favorite part is seeing how far the kids come from the beginning to the end," Blumrick said. "And they develop that passion, too. I get letters from cast members after they graduate, so you know you've had an impact on them."

The thought of cutting ties with the drama department is bittersweet for Blumrick, who says she will miss working with so many talented students. However, she felt it was time to turn over the reins to capable drama volunteer staff.

Blumrick has spent most of her life immersed in musical theater. She first got involved in her freshman year at Roy Hart and later joined in Curtain Up productions at the Palace Theatre. Currently, she's Sister Amnesia in Nunsense Productions, a traveling theater group, and says she's looking forward to having time to assist Palace director Chris Parada if needed.

As the guiding force behind Roy Hart musical productions for so long, Blumrick created lasting relationships with cast members and production staff. Says Debbi Rey, assistant director, Blumrick created a legacy for herself and she will be missed in the drama department.

"Carol is an extremely talented director and person. It's truly been a wonderful, fun adventure working with her for these past 24 years," Rey said.

Yaiser never imagined she would be back at her old school helping out with musicals, but after she had her daughter four years ago, Blumrick contacted her and asked whether she would be willing to shadow her, since Blumrick would be retiring in the not too distant future.

"Carol was like a mentor to me. I did seven shows under her direction and helped with four others," Yaiser said. "It's going to be sad to see her go."

"Peter Pan" premieres Friday on the Roy Hart stage. Shows will continue through next Sunday.

Ruth E. DeVantier, of the Town of Cambria, NY, passed away on Sunday, February 16, 2020, in Our Lady of Peace Nursing Facility. She was born in the Town of Wheatfield, NY, on November 4, 1929, the daughter of the late William and Louise [Broecker] Mueller. Ruth was a Tupperware dealer for ov…