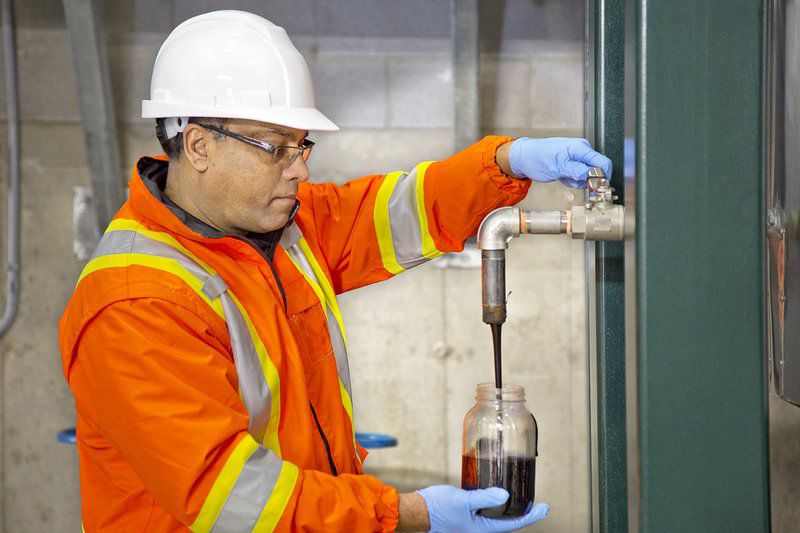 CONTRIBUTED A worker draws finished LysteGro from a reactor at the company's facility in Southgate, Ont. The product is an agricultural fertilizer that is injected into farm soil to stimulate the growth of crops. 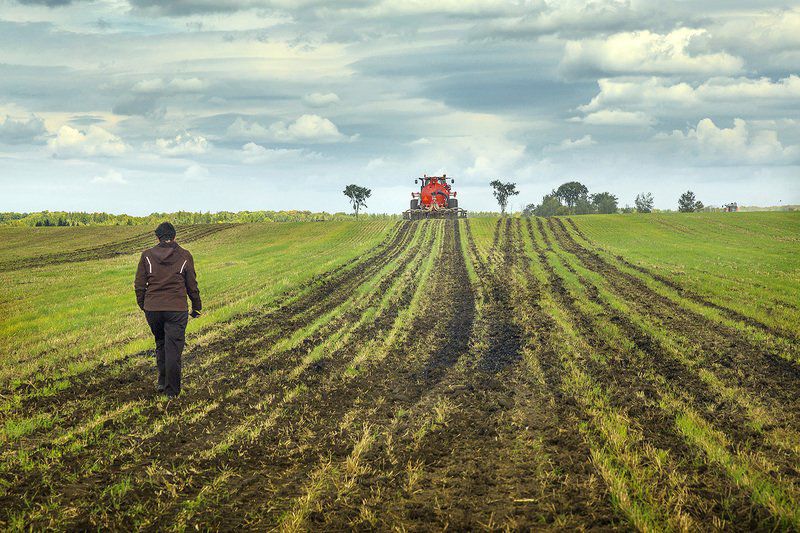 CONTRIBUTED LysteGro is applied on farmland by tractors that inject the material into the ground. 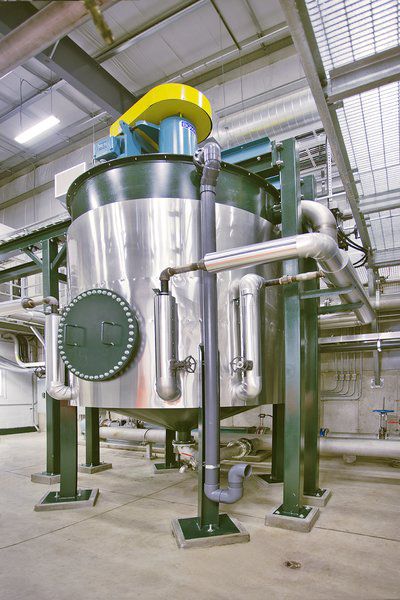 ContributedThis is a Lystek reactor at the company's Southgate, Ontario, facility. The number of reactors at each facility depends on the individual plant; one reactor is involved in a proposed North Tonawanda facility.

CONTRIBUTED A worker draws finished LysteGro from a reactor at the company's facility in Southgate, Ont. The product is an agricultural fertilizer that is injected into farm soil to stimulate the growth of crops.

CONTRIBUTED LysteGro is applied on farmland by tractors that inject the material into the ground.

ContributedThis is a Lystek reactor at the company's Southgate, Ontario, facility. The number of reactors at each facility depends on the individual plant; one reactor is involved in a proposed North Tonawanda facility.

The use of biosolids as fertilizer has been at the heart of much conversation in Western New York over the past few years. While some laud use of the material as an alternative to landfilling waste, others worry about its potential adverse effects on the environment.

North Tonawanda may be the next community in Niagara County to get in on the biosolids movement. The common council heard a presentation last week from representatives of Canadian company Lystek about the possibility of fitting the city's existing wastewater treatment plant with a system that would allow the plant to process biosolids from the waste they’re already taking in. The council will spend the next few weeks weighing Lystek’s offer.

“This is a game-changer. We get rid of 2,200 tons of sludge a year,” North Tonawanda Water/Wastewater Superintendent Bill Davignon said. “We can treat the sludge and make it into a usable, eco-friendly product.”

Biosolids are created when sewage sludge from wastewater treatment is processed and treated. The finished result is a nutrient-rich material that can be used to “maintain productive soils and stimulate plant growth,” according to the U.S. Environmental Protection Agency. The materials coming in are monitored to ensure that they meet recyclability standards.

“Once the wastewater reaches the plant, the sewage goes through physical, chemical and biological processes which clean the wastewater and remove the solids,” the EPA website said. “The wastewater treatment processes sanitize wastewater solids to control pathogens (disease-causing organisms, such as certain bacteria, viruses and parasites) and other organisms capable of transporting disease.”

Lystek’s system uses low-temperature, low-pressure thermal/chemical hydrolysis to create a product called LysteGro, an “exceptional quality,” class A fertilizer, which is considered the highest quality by the EPA. Jim Belcastro, business development manager with Lystek, said the system requires minimal permitting, and that the workers currently employed at the plant are already capable of operating the system.

Since 2008, Lystek’s system has been enabling facilities throughout Canada to process biosolids for use as fertilizer. The company made its first expansion into the U.S. last year, installing a system in Fairfield, Calif. If North Tonawanda chooses to accept Lystek’s offer, the city will become a “beacon” for Lystek's product in the eastern part of the country.

North Tonawanda would be able to choose from three options for its facility. The first, at an estimated cost of $3.8 million, would be the basic package to allow the processing of biosolids. This would include the installation of one reactor in the plant’s sludge building, with accessory equipment, refurbishment of a ferric chloride tank as a LysteGro hold tank and refurbishment of a sedimentation tank for LysteGro storage.

“They’re all listed between 10 and 15 years (for payback times),” Belcastro said. “How do we shorten those payback periods? We add financial benefits.”

He explained that the city would make money not only from selling the product, but also from reduced associated fees and item costs if the plant's process is changed. The city would also save between $75,000 and $80,000 annually in landfilling fees.

According to a 2011 study from the state Department of Environmental Conservation, publicly-owned treatment plants across the state generate 350,000 dry tons of biosolids annually. Of that, approximately 52 percent is landfilled while 17 percent is incinerated. Belcastro said much of that combined 69 percent of biosolids that aren’t being used beneficially could be used to produce class A material.

While recycling waste is typically considered environmentally friendly, some members of communities near North Tonawanda have expressed fears that recycling biosolids might not be the same thing as reusing plastic shopping bags. In Wheatfield, the community spoke against the application of lower-quality class B biosolids on area farmland. In response, the town board moved to ban the use of the substance. However, that ban is currently under review by state Department of Agriculture and Markets.

Those who have spoken out against biosolids worry about a number of potential threats to the environment, including contamination from leaks or explosions during the processing period and the possibility that the chemicals in biosolids could be absorbed by food being grown for human consumption.

“I’ve been researching this since May,” Davignon said. “I am the previous chemist at the wastewater plant for 28 years, so I thoroughly understand the chemistry behind it. It works, it really does — it’s a really good process.”