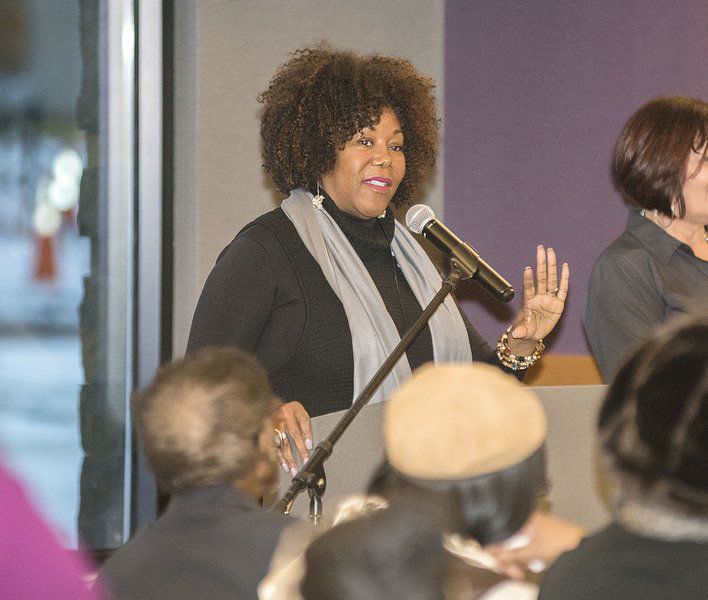 James Neiss/staff photographerCivil rights icon Ruby Bridges touched on a variety of subjects, including racism, compassion and kindness, during her visit to Niagara University on Wednesday. 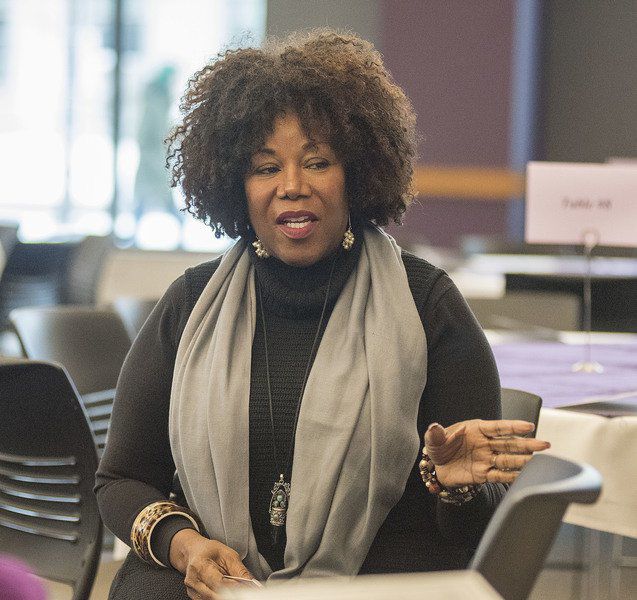 James Neiss/staff photographerDuring her Wednesday visit to Niagara University, civil rights icon Ruby Bridges discusses her experience as the first African-American child to attend an all-white elementary school in the U.S. south in 1960. 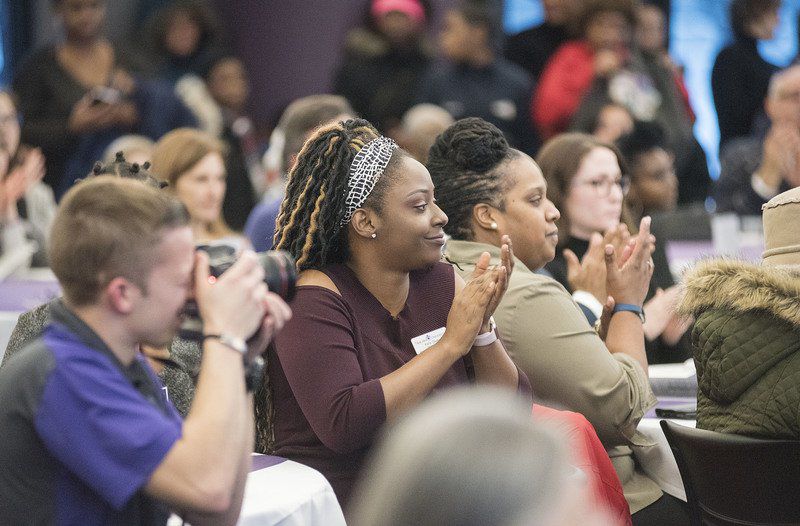 PHOTOS BY James Neiss/staff photographerIt was standing room only for civil rights icon Ruby Bridges, who was the guest speaker at Niagara University on Wednesday.

James Neiss/staff photographerCivil rights icon Ruby Bridges touched on a variety of subjects, including racism, compassion and kindness, during her visit to Niagara University on Wednesday.

James Neiss/staff photographerDuring her Wednesday visit to Niagara University, civil rights icon Ruby Bridges discusses her experience as the first African-American child to attend an all-white elementary school in the U.S. south in 1960.

PHOTOS BY James Neiss/staff photographerIt was standing room only for civil rights icon Ruby Bridges, who was the guest speaker at Niagara University on Wednesday.

Ruby Bridges didn’t know why she was asked to take a test to determine which school she’d attend, but when the 6-year-old learned she was one of only six to pass the test, she figured she must be skipping grade school and heading “straight to college.”

On Nov. 14, 1960, as a she made her way up the steps of William Frantz Elementary school for the first time, with four U.S. Marshals at her side, Bridges said she still thought she was heading to college. When she saw the loud group of people outside the school, she assumed they were simply throwing a party.

“I remember thinking, it’s Mardi Gras,” Bridges said during her visit to Niagara University on Wednesday. “I’m in a parade because that’s what happens in New Orleans. We have Mardi Gras and the street is blocked off and people are standing there and there’s police officers everywhere and they’re throwing things, it’s a huge celebration. So in my 6-year-old mind, we stumbled into a Mardi Gras parade.”

She quickly learned her new school wasn’t what she was expecting. She took her lessons alone, ate lunch at her desk instead of in the cafeteria and she didn’t see any other children. On the bright side, she found an ally in her teacher, Barbara Henry, who volunteered to teach Bridges and showed her compassion and kindness amid the anger that surrounded them.

But she could see people, adults, walking by her classroom window. Later, she found out they were parents who were withdrawing their children from the school because she was being allowed to study there.

It wasn’t until some time later that she finally encountered some of her fellow students. However, instead of being invited to play with them, she was told by a little boy that his mother had instructed him not to play with her because she was black.

It was then that Bridges first encountered racism in a way that she understood. But she wasn’t mad at that little boy. After all, he was just listening to his mother, just as she said she would have done.

When Bridges became one of the first black children to attend an integrated elementary school in New Orleans, she became a national icon. She said she is often asked how the concept of racism was explained to her as a child after her harrowing experience in 1960. She said it wasn’t.

“How do you explain that to a 6-year-old? You absolutely cannot do that,” she said. “So my parents didn’t try. The only thing they said to me is, ‘you’re gonna go to the new school today and you better behave.’ That is what I was concentrating on.”

Niagara University Director of Multicultural Affairs Averl Harbin said that inviting Bridges to speak on Wednesday was part of the school’s ongoing effort to celebrate diversity. She said it’s also part of a plan to continue the momentum on a series of speakers, which included Bernice King, daughter of Martin Luther King Jr., last year.

Despite progress in the civil rights movement since her first day at William Frantz, Bridges told the audience inside NU’s Dining Commons that the U.S. is still in a dark and divisive time. As the fight against racism moves forward, she says the two sides of the battle will not be black and white, but rather good and evil.

And there’s hope for the future, she said.

“I think if we’re going to get past our racial differences, it’s going to come through our children,” Bridges said. “Racism is not something that any of us are born with. It’s passed on. So, if kids understand that’s what’s happening, that someone is passing it on, they can choose not to accept that. We can start with where it begins and, hopefully, we can end it.”

Harbin said Bridges’ comments about children resonated with her as a mother to a 5-year-old. She said children aren’t likely to think much about racism until they’re confronted with it.

“Kids, they just play,” she said. “Sometimes someone says something, that they can’t play with one another, that’s when things start to change.”

Bridges said the hardest part of her first days at William Frantz was the loneliness. But her innocence and spirit in the face of hatred earned her admirers from around the world. Today, she speaks regularly about her experience. She also wrote a book about it and was involved in making a movie about her story.

Bridges also was the subject of a now-famous Norman Rockwell painting titled “The Problem We All Live With.” She visited with former President Barack Obama while the painting was on display at the White House. She was also awarded the Presidential Citizens Medal by former President Bill Clinton.

Despite her confusing and scary first days of first grade, Bridges said she learned early, through Ms. Henry, that you can’t pass judgment on someone by the color of their skin.

Even though the people outside the school were scary, her teacher, who looked like them and not like her, was anything but.

“She taught me the lesson that Dr. King died trying to teach all of us,” Bridges said. “You cannot look at a person and judge them.”