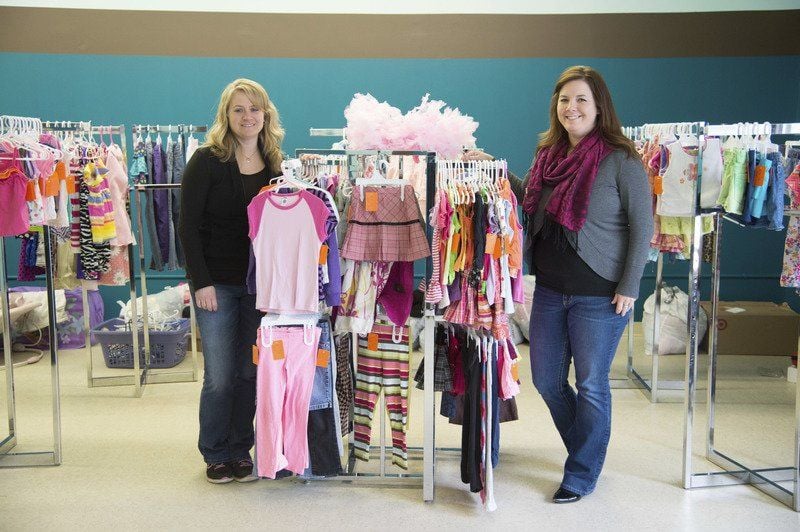 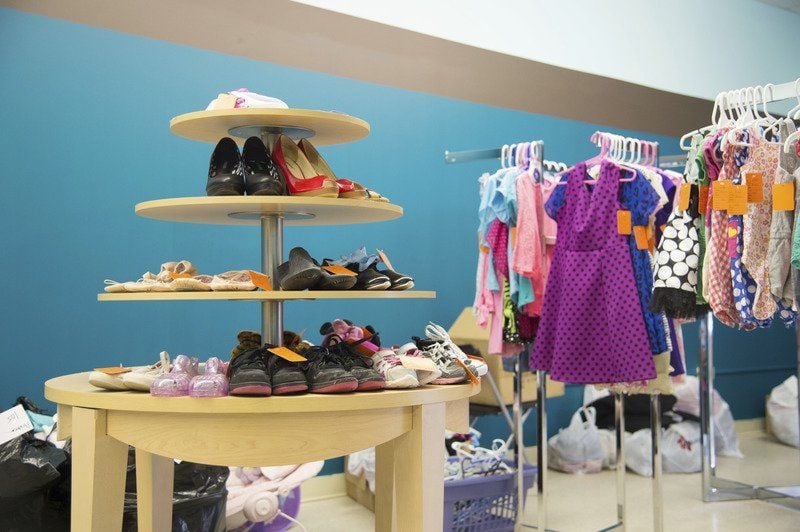 Merchandise is set up on racks at the Ushaboodles consignment shop. 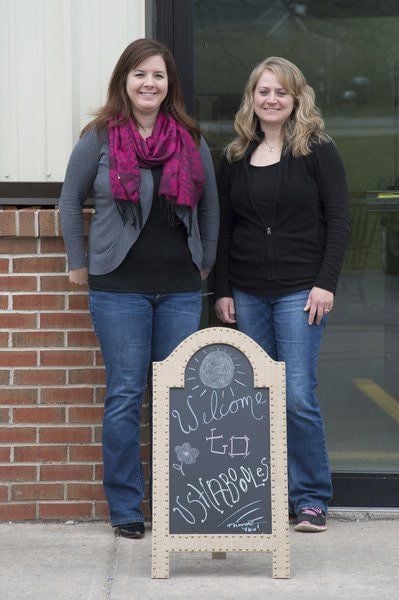 Merchandise is set up on racks at the Ushaboodles consignment shop.

A new consignment store will be making its way into the Gasport area in early April.

Gasport residents Cori Krause and Chrissy Eick secured a vacant suite in the Dollar General Plaza on Rochester Road to make their idea of opening a consignment store a reality with Ushaboodles. The two sisters had been talking about opening a thrift-like store for the past couple of years because they both love shopping at consignment stores.

“We always go in (consignment stores) and point out things that we’d do differently,” Krause said. “So we finally decided we should open our own.”

And since the Gasport and Middleport areas don’t have any consignment shops, the two saw an opportunity to bring something new to the area.

“When I saw that this space was open, I said, ‘We have to jump on this because someone is going to take it or have the same idea,’” Eick said.

The sisters began putting together their store at an opportune time. With the closing of Macy’s, they were able to purchase clothing racks, display tables and a check-out counter at discounted prices. However, they also want the store to look more like a boutique rather than a thrift shop, so they have painted the walls and are currently setting up the clothes. All that’s left to do is tagging and pricing the clothes that come in.

“It was kind of like a hobby thing that we wanted to do,” Eick said. “We both grew up here, and we just thought this town could really use something like this.”

The name Ushaboodles came from a childhood memory. When the two were little, their dad would say they were getting an “ushaboodle” for Christmas, which he said in German meant coal, but really is just a made-up word.

“It was just something from our childhood that meant something to us, so now we laugh and say we are finally going to get our ushaboodle,” Eick said.

Ushaboodles is currently accepting summer and spring clothing — in good condition — from the community. The store is setting a standard for their clothes — everything must be freshly clean, with no rips, stains or odors. Clothes will be accepted year-round.

“Consignments are really taking off,” Krause said. “A lot of people that we know shop at consignments. Plus, with the economy, people are looking for a deal.”

If an item isn’t sold in a three-month period, it will be donated to Zion Lutheran Church in Gasport. The store will also be working with Becca’s Closet through the church. Becca’s Closet is a non-profit organization that donates prom dresses to high school girls who cannot afford one. Any wedding dresses they collect will be sent to Ushaboodles, and the proceeds from the dresses will go back to Becca’s Closet.

The store’s grand opening will be at 10 a.m. April 9. Hours of operation will be from 10 a.m. to 7 p.m. Tuesday, Thursday and Friday and from 10 a.m. to 3 p.m. Saturdays. Hours may change in the future, depending on business.

Ruth E. DeVantier, of the Town of Cambria, NY, passed away on Sunday, February 16, 2020, in Our Lady of Peace Nursing Facility. She was born in the Town of Wheatfield, NY, on November 4, 1929, the daughter of the late William and Louise [Broecker] Mueller. Ruth was a Tupperware dealer for ov…