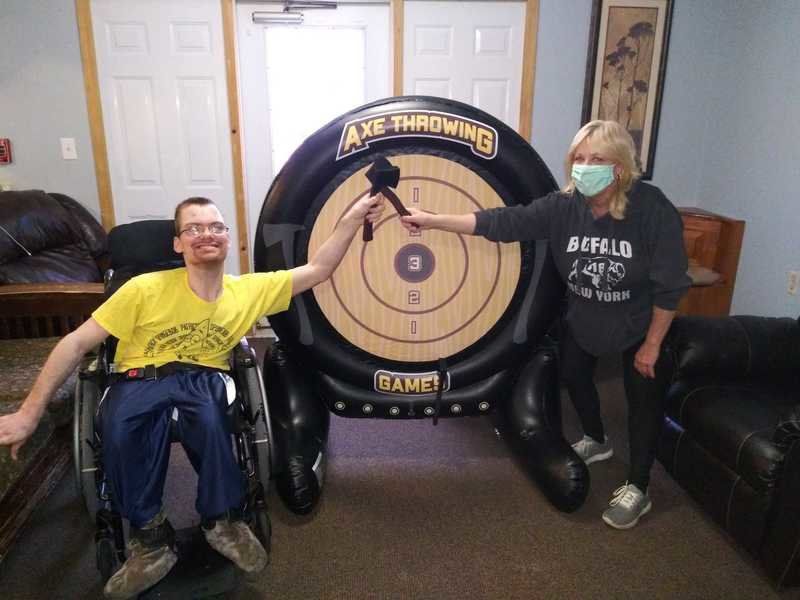 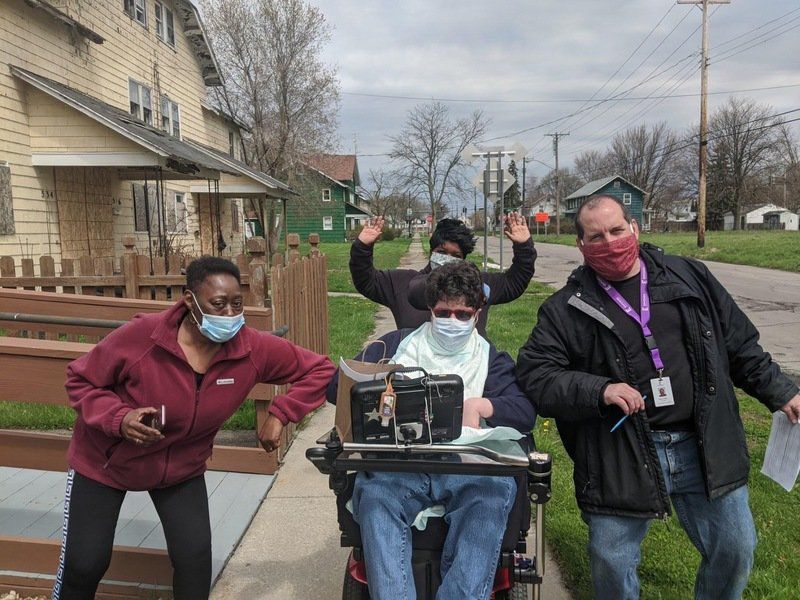 Contributed photo   Becky N. is supported through Empower's job training and day programs division and lives at home with her family. Here she receives a care package delivery from staff. 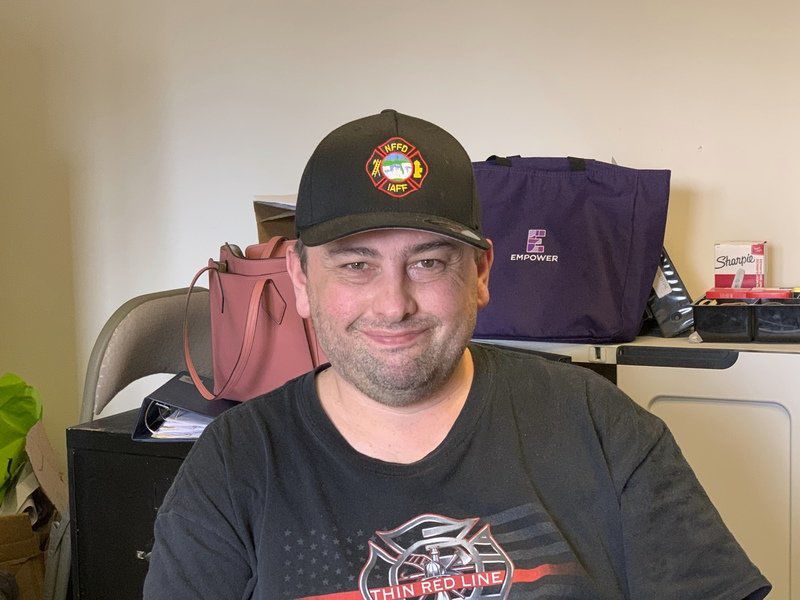 Nathan is supported by Empower's job training and day program. Here he smiles for the paper.

Contributed photo   Becky N. is supported through Empower's job training and day programs division and lives at home with her family. Here she receives a care package delivery from staff.

Nathan is supported by Empower's job training and day program. Here he smiles for the paper.

Anthony Frail enjoys a life full of friends and family. Born four months earlier than his due date, his father said it was a miracle he survived.

“My wife and I are blessed people,” said Mike Frail, Anthony’s father. “I don’t know how we got so blessed, but God takes care of us in many, many ways.”

Frail said his son likes to talk and do his own thing. All great qualities, but – like any parent can understand – having him at home all day can be “kind of long.”

In normal circumstances, Anthony would go to Empower, an agency that supports those who have disabilities but during COVID-19, the services he enjoyed like the day program have been temporarily suspended.

“It’s been pretty dramatic,” said Elizabeth Cardamone, director of communication and development for Empower in regard to how the COVID-19 pandemic has affected the people they support.

“They haven’t been able to go on daily activities because they are more at risk of contracting the virus than people without disabilities," she said. "They have underlying health conditions that make them more vulnerable.”

In the meantime, the agency has done what it can by offering some virtual services.

“We’ve had it pretty good, I think,” Frail said. “Empower has been sending (a link for) Zoom bingo once a week, he loves that. He gets to see some of the people that he works with, he likes that. It’s over-the-computer bingo. They used to go to a local bingo hall but you can’t do that now. … (but now) they get the little boxes (on the screen) and they see each other, and he enjoys it.”

Other services Empower typically offers that are now temporarily suspended is an inclusive pre-school, medical care including physical therapy and a job training program. What they can offer is information about advocacy groups that also connect the people they support in other activities like the Special Olympics.

“A lot of the people we support, especially through our day program would’ve been going to NU for Special Olympics, and they haven’t been able to do any of that,” Cardamone said. “But Special Olympics set up a Facebook page where anyone can join, and in your feed, anybody that posts a physical activity they completed or (anything) on healthy eating, it comes up. We’ve been letting the people we support know about that so they can be connected.”

“I think this pandemic has restricted people’s physical movements, but there’s other ways to connect that we’ve put into place to really help them to do that,” she continued. “We have people who’s lives are dependent on us so we really have to make sure everything we can do is done.”

Still, the public health crisis has laid its toll on everyone.

“He told me the last time I tried to get him to go out with me, he didn’t want to go off the ramp,” Frail said of his son. “He was afraid the virus was going to get him.”