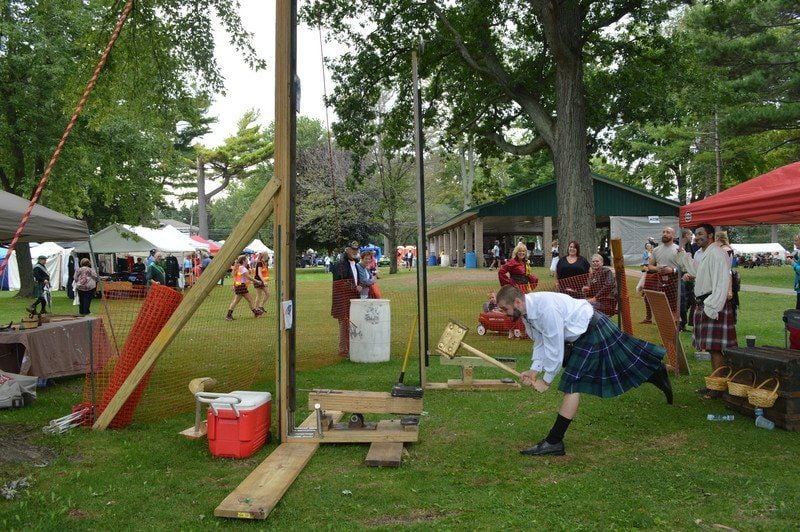 Photo by Rachel Fuerschbach/StaffAttendees attempt to ring the bell in order to win the golden hammer at the Niagara Celtic Heritage Festival and Highland Games on Saturday. 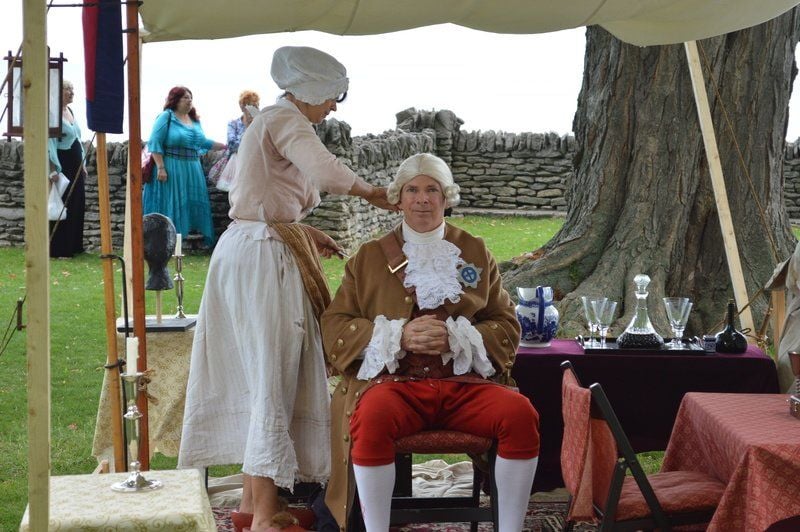 Photo by Rachel FuerschbachMembers of the Clann of the Wolfe reenactment group welcome visitors into their village at Krull Park. 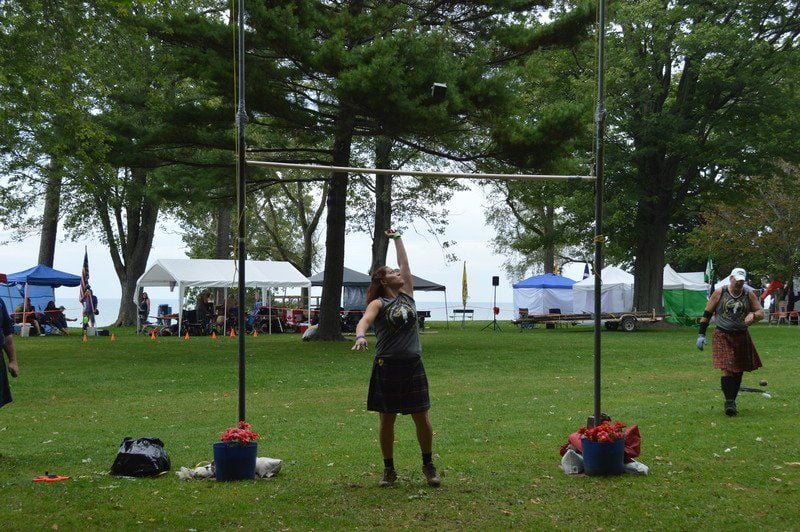 Photo by Rachel Fuerschbach/StaffThe Highland Games are a main feature of the Niagara Celtic Heritage Festival. 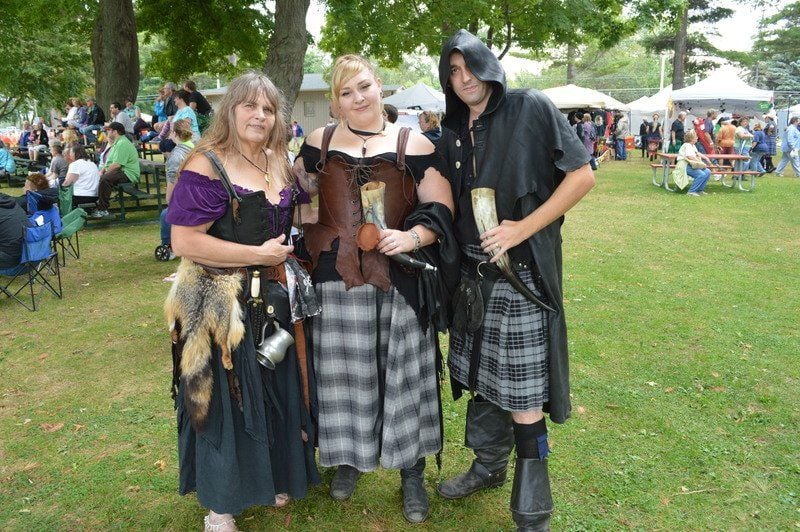 Photo by Rachel Fuerschbach/StaffAttendees attempt to ring the bell in order to win the golden hammer at the Niagara Celtic Heritage Festival and Highland Games on Saturday.

Photo by Rachel FuerschbachMembers of the Clann of the Wolfe reenactment group welcome visitors into their village at Krull Park.

Photo by Rachel Fuerschbach/StaffThe Highland Games are a main feature of the Niagara Celtic Heritage Festival.

OLCOTT — Thousands gathered to celebrate all things Celtic at Krull Park on Saturday.

The Niagara Celtic Heritage Festival and Highland Games, now in its 15th year, covers 11 acres of the park.

"The event keeps getting bigger and better," organizer Phil Banks said. "When we first started we were just using one third of that amount of space. Over time we keep expanding. Today we are using the whole north end of the park."

The festival consists of activities including cannon and sword demonstrations by the Clann of the Wolfe re-enactors, the Highland Games featuring 65 male and female athletes from across the United States and Canada, and live entertainment by groups including Irish dancers and bag pipe players. Over 40 clans are in attendance this weekend.

Banks says visitors to the festival came from more than 100 ZIP code areas in Western New York and other states last year. He's proud of the festival's regional appeal.

"Our goal starting out was to help the Olcott and Newfane area, to bring more people in. And now, it's grown to have had a regional impact," he said.

The Banks family-founded Niagara Celtic Heritage Festival non-profit organization maintains a database of past attendees. Through surveying, Phil Banks says the organization estimated the festival creates a $1 million regional economic impact as visitors travel in and out of Niagara County.

Rochester-area residents Mike and Stephanie Wood and Vernon and Carmaleta Wesley were at the festival Saturday as eager returnees.

They discovered the festival in Olcott thanks to friends who'd been to it as part of the Davidson Clan. They enjoyed their first visit so much, they decided to make it a new tradition.

"We come up here in our RVs and go to a camp site and we just make a weekend out of it," Stephanie Wood said.

"We love the family atmosphere. Everyone is friendly, the entertainment is great and the view is awesome," Vernon Wesley added.

Newfane resident Candace Starr has taken part in the festival ever since it began. Dressing up in Celtic outfits and being a part of the Celtic family is what she enjoys most, she said. Her daughter, Ann Starr, and boyfriend Allen Gillis have taken part in it every year as well.

"I think what's great about the festival is that they have everything from the strongman component (the Highland games) to the excellent music," Ann Starr said. "Plus it's right on the lake. A lot of people take the location for granted, so it's nice to have a festival that brings people out to see the great view we have."

The festival continues from 10 a.m. to 6 p.m. today at Krull Park. Registration for the Celtic 5K race starts at 9 a.m. and the race starts at 11 a.m. "Celtic College" classes include Scottish Sword Dancing 101 at 12:30 p.m., Exploring Your Genealogy at 2:30 and How Celtic Music Influenced American Folk at 3:30.

Admission to the festival is $12 per person; discounts are granted to seniors, students, military personnel and groups. Online ticket purchase is encouraged and can be done at www.niagaraceltic.com.