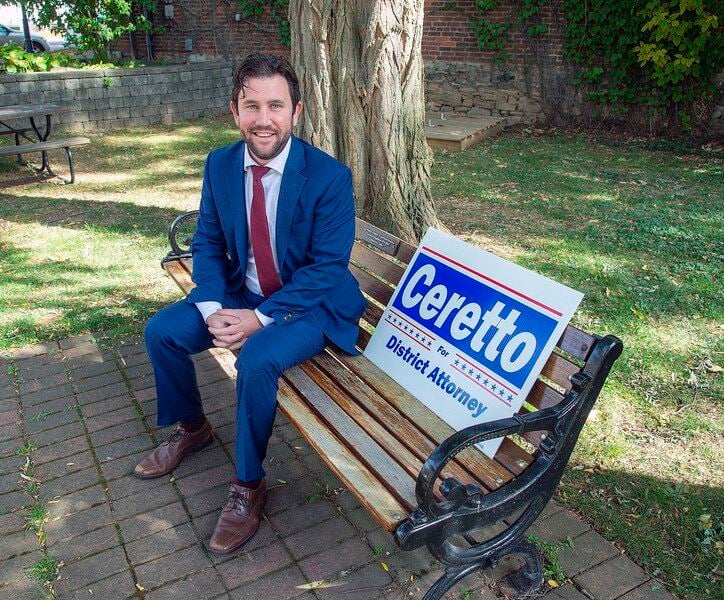 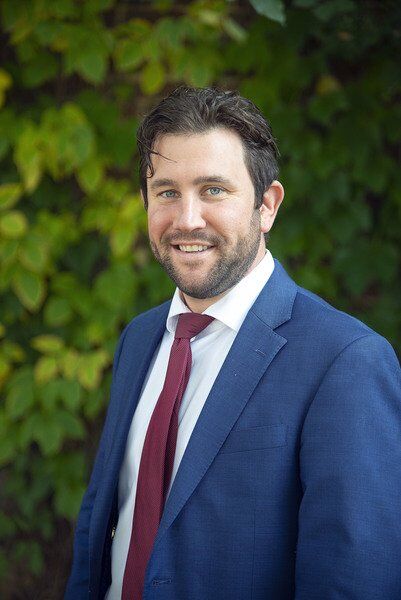 John Ceretto II says he has viewed courtrooms from both the defense and prosecutors' tables. And to him, that's a critical qualification for becoming Niagara County's next district attorney.

"I'm on the criminal defense side right now," he said. "But I've been a prosecutor and I think that's what makes a good prosecutor, being on both sides of the court."

The Lewiston native enters the general election as the endorsed Democratic and Working Families Party candidate for DA.

For five years, Ceretto handled cases in the the Niagara Falls and North Tonawanda city courts and prosecuted criminal matters in the town courts of Niagara, Porter, Wheatfield, Newfane and Wilson.

In 2018, he returned to private practice, looking to broaden his legal knowledge.

But Ceretto said the majority of his private practice remains in criminal defense. He also says he'd be a "hands on" district attorney.

"You need to have a hands-on approach to all the cases," Ceretto said. "A DA's philosophy is reflected in all the cases (the office handles)."

And, he said, like other recent district attorneys, he would not hesitate to take on and try cases himself.

"Absolutely, if it's necessary," Ceretto said.

Ceretto has already begun to look at criminal justice issues that he feels need attention from the DA's office. He's particularly interested in reducing the county's recidivism rate.

"I think we need to look at the underlying factors that contribute to crime," Ceretto said.

After losing a close friend to opioid addiction, Ceretto said he's a supporter of the trend of specialized courts to address the factors that contribute to crime.

"I believe in the treatment courts and the veterans courts," he said.

An alcohol treatment court, he believes, could help keep people charged with misdemeanors from going on to commit felony crimes.

Ceretto pledged that he would continue the aggressive cold case investigations begun by current District Attorney Caroline Wojtaszek. He said the cold case program is critical.

"When you're an (assistant district attorney), you see the faces of victims and we need to focus on and allocate resources to cold cases. It will be a priority, an absolute priority," he said.

He also vowed to prioritize efforts to diversify the district attorney's office, which just recently added its first minority prosecutor in years. He indicated that he would look to reach out to student groups at the State University of New York at Buffalo Law School to improve minority recruitment efforts.

"It's a limited pool (of lawyers) who want to do this work," Ceretto said in discussing recruitment issues.