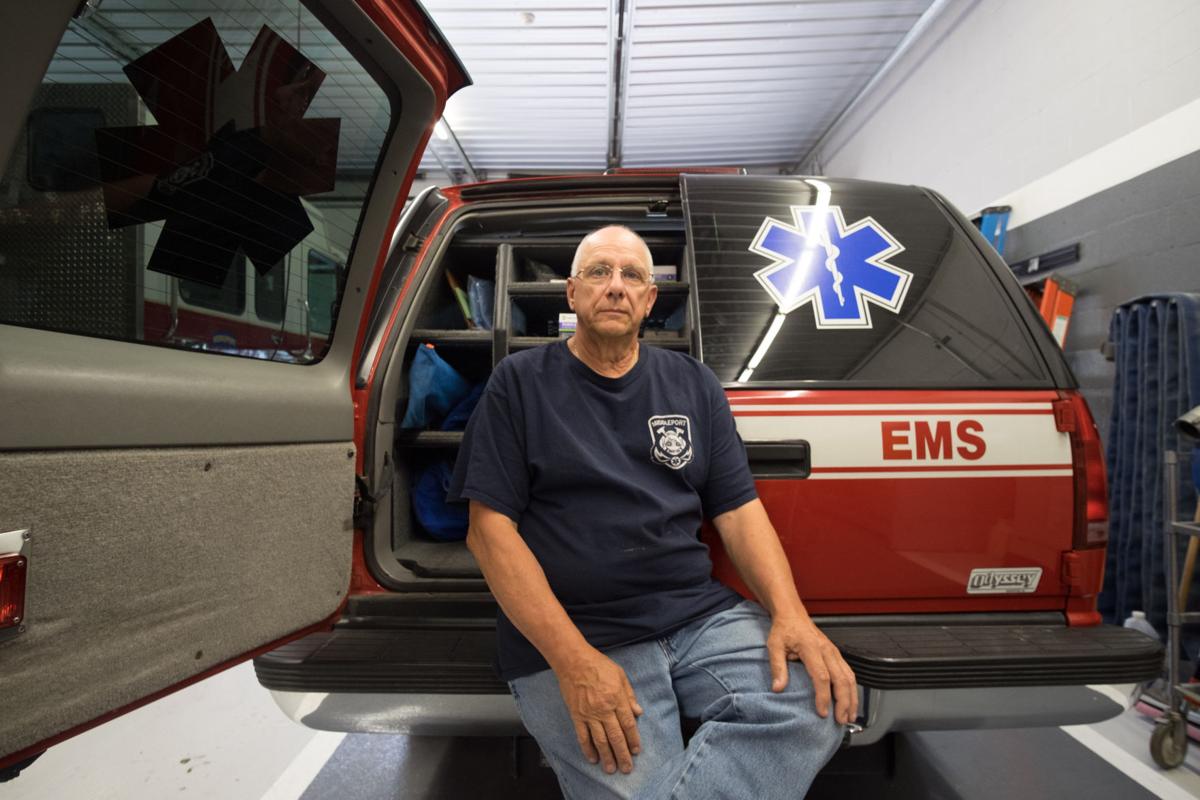 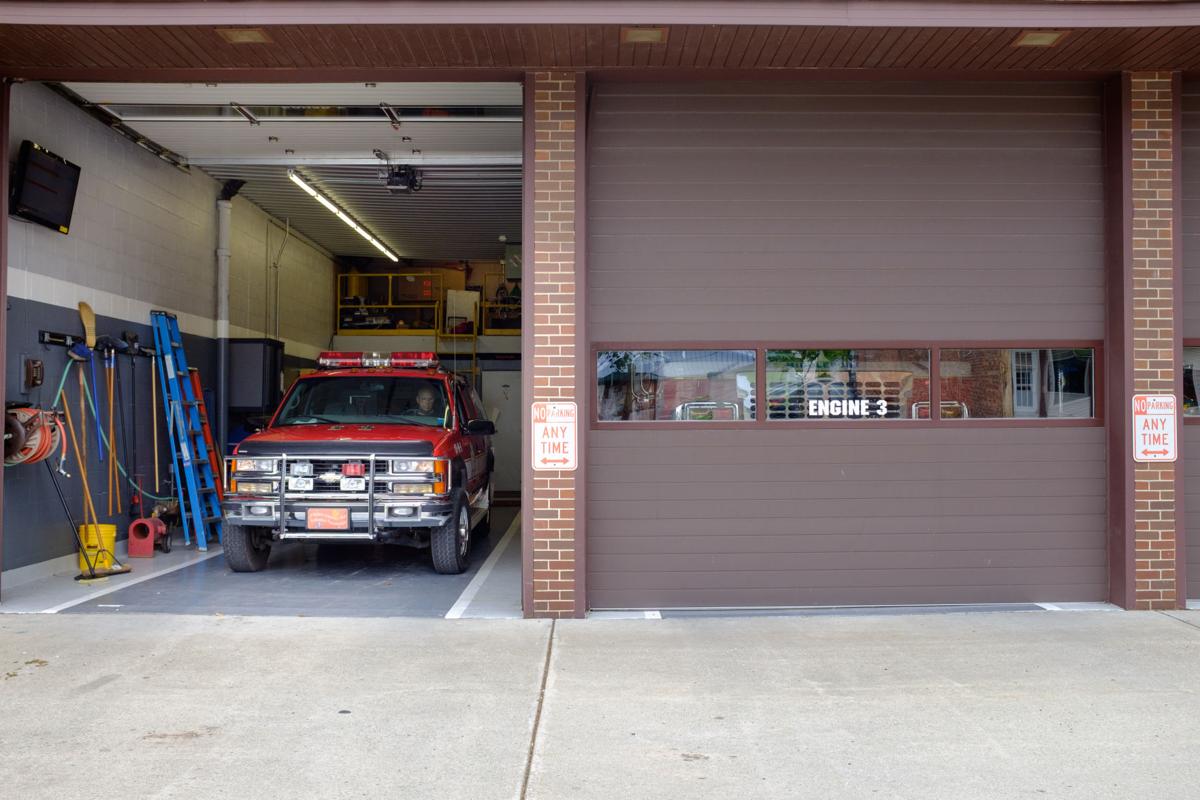 A look at the inside of the Middleport Fire Department from Main Street.

A look at the inside of the Middleport Fire Department from Main Street.

If you’re in need of immediate medical attention in New York state and a less qualified first responder appears on your doorstep, you may have to wait for someone more qualified to transport you to the hospital.

But there are some people in Niagara County — and elsewhere in the state — who are trying to change that.

The law — 10NYCRR800 — prohibits a certified first responder from transporting a patient in an ambulance to a hospital without the presence of an EMT, or emergency medical technician.

Jennifer Bieber, the soon-to-be former town supervisor in Royalton, said the required course necessary to become a “certified first responder” may not be as lengthy, “but they can do almost anything an EMT can do.”

“If there’s no EMT available, why not let that person (a certified first responder) jump on that ambulance and get that person to the hospital,” Bieber said.

Many of these people in this area are volunteers or have taken the certified first responder course because it required fewer hours, she said.

“I know a couple of the drivers for Tri-Town (Ambulance Services) and I know that they have sat and waited,” Bieber said. “I think it’s just the nature of the beast. I think there’s just a shortage of that kind of work. It’s just giving another option to hopefully get that ambulance on the road.”

Niagara County Legislator David Godfrey, R-Wilson, has been asked to take the resolutions to the county to support it as well, Bieber said. He’s also chairman for Niagara County Community Safety and Security Committee.

“It started in Royalton with a cry for help on the lack of responders for ambulance calls,” Godfrey said. “They put through a resolution — like others did — to ask them to change the state healthcare law.”

The issue, Godfrey said, is that their volunteers’ memberships are waning and the recruitment and retention in volunteer fire companies has become very difficult.

“People’s lifestyles today are so busy — it’s very difficult to get commitments for new volunteers,” Godfrey said. “On top of that is the state requirements for training continues going up — more and more and more hours — to get your EMT certification.”

A volunteer is a volunteer, Godfrey said. He began his work in the fire service in the ‘70s. Godfrey was an medical emergency technician, which evolved into what’s now known as an EMT. He’s also a past president of the fire company in Wilson. As the years went on, the state came out with more and more levels of training, he said.

“It is great to have those higher levels of care. But they’re getting fewer and fewer,” Godfrey said. “And the whole idea of the ambulance service is time, meaning getting them to a hospital as quickly and safely as possible. The better care we can get them in the back of an ambulance, the better chance the person has.”

The population of EMTs is going down, Godfrey said.

“This is where we are,” Godfrey said. “We’re looking at the situation where the EMTs are declining in number and those who are there are getting burned out.”

Godfrey said he’s taking his cues on the matter from the people around him.

It’s those men and women in the field who need to tell him what we need to do, he said.

“I’ll do whatever we need done, to the best of my ability,” Godfrey said. “To change the state health law could be difficult.”

Godfrey said this is not just a local county issue. This has become a statewide and even a national issue over the last several years.

“Our volunteers have to agree that this is the way they want to move forward with it,” Godfrey said.

“We have great representation, so I would hope they’d (state Sen. Robert Ortt, R-North Tonawanda, and state Assemblyman Michael Norris, R-Lockport,) take it to their colleagues," Bieber said.

Bieber recently helped pass a resolution in Royalton that reads in part, “the town board unanimously requests the state amend the appropriate sections of the NYS health law … to allow certified first responders to treat and transport patients when an EMT is not available and also to allow the ability to sign off a person who desires to refuse treatment and/or transport who meets the requirements for mental clarity and decision making ability.”

The adjacent Town of Hartland passed a similar resolution.

“We’re so lucky in this area for all the volunteers we have,” Bieber said. “I would hope the state would recognize that and move forward with changing that.”

Ross Annable, town supervisor in Hartland, said the problem may lie with anyone who has to have an ambulance transport them. He said there “may be a delay if an EMT isn’t available.”

“The problem is that you need an EMT to move the patient,” Annable said, “otherwise you need to get one from another ambulance service.”

Medina used to provide that service, Annable said, but they’re no longer providing that to Niagara County.

Hartland put through a resolution in June that says they want to reduce the qualifications needed to transport a patient.

Norris said in a prepared statement that he isn’t leaning one way or the other.

"It is my understanding that this issue is being reviewed at the county level by different groups such as the EMS Council and Fire Chiefs. I will await their input before making a final decision,” Norris said in a statement. “However, I do understand that timely patient transports, especially in the rural areas, to hospitals is very important. If there is an alternative way, such as permitting certified fire responders to ride along on such transports to improve emergency care in these initial critical moments, I am certainly open to examining such solutions in conjunction with experts in this field.”

Jim Volkosh, retired fire coordinator for Niagara County and an assistant chief in Middleport, is also a fireman. He’s been there 45 years and a certified EMT for 40 years.

“A lot of the people I know if have said, ‘We’re not going to do it anymore,’” Volkosh said. “A lot of them have given up their certifications.”

Volkosh said it’s easily a three-hour commitment of time, if the patient has to be transported to a city hospital — and that’s if things go well. EMTs and firefighters can’t get out of work to answer these calls sometimes, he said.

“In a perfect world, any fire chief, any mayor or any town supervisor would love to see our equipment staffed adequately with the right people, so you can actually handle the hall,” Volkosh said. “The legislation that started in Royalton is lowering the standard, but it would be a consistent standard.”

“I hope in the interest of the people who dial 911 that we can meet their needs,” Volkosh said. “It’s our commitment to provide the best service possible.”

"Certified first responders are an integral part of a tiered emergency medical services response in many communities across the state and they provide certain life-saving, initial emergency care," she said. "However, because CFRs do not undergo the same training as EMTs, nor are they required to pass the same credentialing examinations, their limited scope of practice necessitates that EMTs accompany a patient to the next level of care."