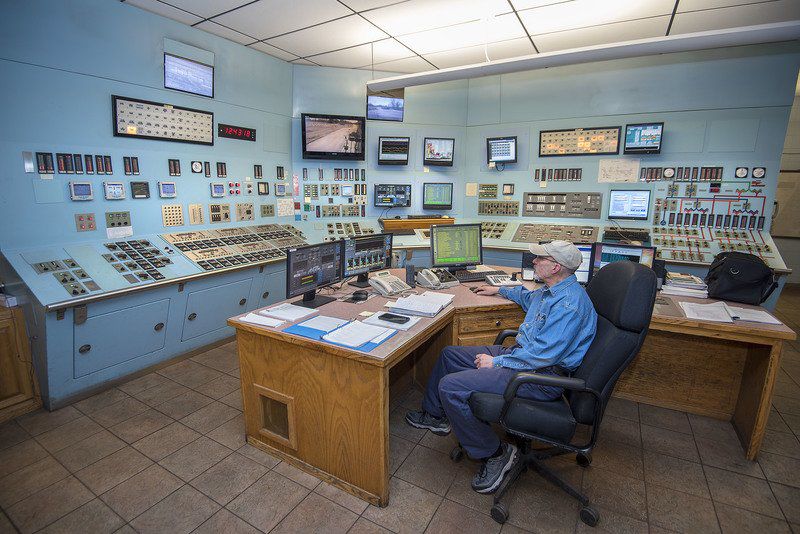 James Neiss/staff photographerTony Spector, lead control operator at Somerset Generation Station, keeps an eye on everything as the plant is online, generating electricity, on March 5. The station went offline permanently on March 13 and was officially retired on March 31. Spector, a 35-year employee, said he's retiring, too. According to plant manager Brian Gregson, about only one-third of the plant's 52 employees are approaching retirement age. 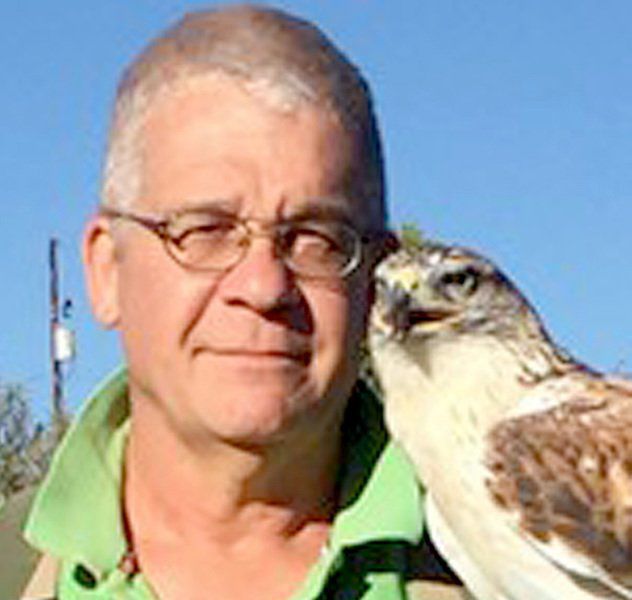 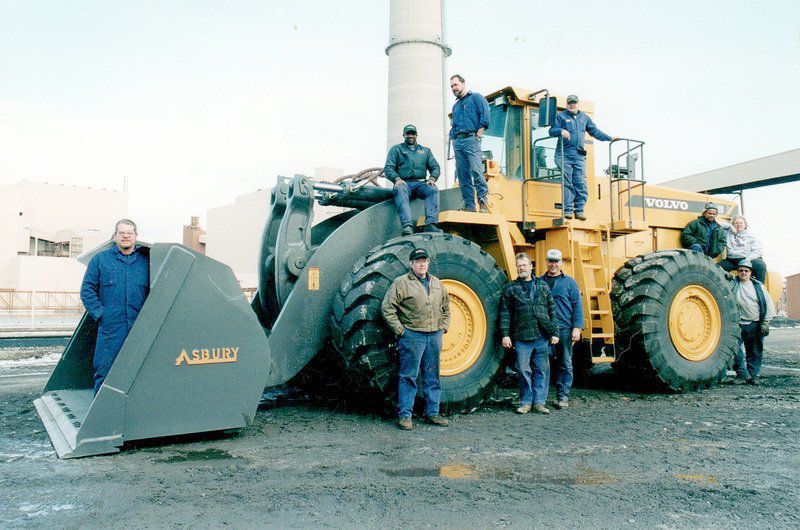 PAUL SCHNELL / CONTRIBUTORMaterial handlers needed heavy equipment to move the coal and limestone used in the electricity making process at Somerset Generating Station. Paul Schnell is standing in the bucket in this circa 2012 photo.

James Neiss/staff photographerTony Spector, lead control operator at Somerset Generation Station, keeps an eye on everything as the plant is online, generating electricity, on March 5. The station went offline permanently on March 13 and was officially retired on March 31. Spector, a 35-year employee, said he's retiring, too. According to plant manager Brian Gregson, about only one-third of the plant's 52 employees are approaching retirement age.

PAUL SCHNELL / CONTRIBUTORMaterial handlers needed heavy equipment to move the coal and limestone used in the electricity making process at Somerset Generating Station. Paul Schnell is standing in the bucket in this circa 2012 photo.

BARKER — During this tumultuous period, when Niagara County and the region are forever losing a large economic contributor, and its amazing people — the flesh and blood of a great place — Somerset Generation Station should be remembered for its decades-long commitments, both financial and social, to its communities.

A keen human resources team hired great folks to steer the ship. All hires passed a competency test, a rigorous interview and a medical exam to ensure intellectual and physical fitness.

How many businesses like Somerset station could boast employees possessing so many varied degrees of interests, talents, pursuits and skills? Here is a partial list: a canoe craftsman and biofuel maker; an electric guitar designer and builder; a national level trap champion and a sporting clays shooter; restorers of vintage motorcycles and cars; bass tournament fishermen; off-hour farmers; preachers and Sunday school teachers; a race kart builder and nursery owner; a field crop combine operator; a weather station cooperator for the National Weather Service; a HAM operator for 40 years; Little League coaches; a small engine repair and machine shop owner; a salmon fishing charter guide; a volunteer carpenter who built homes for the underserved; volunteers and assistants for the physically/mentally challenged; big game hunters, target archers and all-around conservationists and naturalists; a breeder of nationally recognized Dobermans; an owner of a conservation facility for gray wolves, cougars and eagles.

Under NYSEG and AES ownership, plant managers supported a culture of volunteerism among employees. Somerset’s success and profitability in large measure resulted from its great fortune in hiring an educated, highly skilled, diverse workforce. At its peak, in the 1990s, the plant employed 240 people.

Others donated their time and talent to 4-H, Boy Scouts and Girl Scouts, churches, Kiwanis, Lions and Rotary clubs and volunteer fire companies throughout Niagara County.

Tragically, when a socially responsible, environmentally committed company like Somerset Operating Company is killed off, the socioeconomic fallout is felt throughout the local and neighboring communities.

Consider the harsh impact on the area’s small- to medium-sized businesses following the forced closure of Niagara County’s largest taxpayer and the layoffs of its highly skilled workforce.

Over the past 10 years the plant paid almost $68 million to local taxing jurisdictions. Having fallen on hard times, due in part to natural gas and heavily subsidized wind and solar power, the plant’s Payment In Lieu Of Taxes contribution to the Barker school district (59.25%), the county (31.5%) and the town (9.25%) fell to $3 million a year. Now that’s gone.

Why? Enter downstate money-driven politics. The fake science, forced closing of modern fossil plants by politicians and their misguided supporters mothballs plants with decades of operation left in them.

With the closing of Somerset station and the persistent issue of Apex Clean Energy wanting to build out wind turbine farms in the neighboring towns of Somerset and Yates, residents should be preparing to fight back vigorously. Liberal Andy Cuomo's “green” scam is neither science-based nor representative of upstate New Yorkers and their desires and rights in general.

In essence, replacing a single green chimney with dozens of towering structures bearing massive blade spans spread across rural Niagara and Orleans counties is an ill-conceived idea, with the biggest threats yet to come: Ecologic (wildlife destruction), economic (property devaluation) and social (public health issues). Pick your poison, because a permanent bad stench is headed our way including solar farms.

Wind turbines are a landscape-scale visual eyesore and nuisance in farm country. Those 400-foot blade spans create a constant low throbbing noise when the winds blow, they diminish property values (who wants the blinking lights and whooshing sound of a towering menace in their quiet town?), and if birds and bats hold any meaning to you or your neighbors, consider the carnage that turbines wreak on local birds and insectivorous bats. Look at the turbine bird kill data in Altamont Pass in California. It is indisputable. Turbines are hatefully referred to as “bird and bat slicers” for very good reason.

Back of the envelope calculations indicate that Somerset station’s roughly 400 acres of farmed fields, 800 acres of woods and hedges, and 600 acres of grassland and scrub lands sequester or absorb about 6,390 tons of carbon annually.

The grassy rangelands of the sprawling American West absorb an estimated 190 million tons of carbon dioxide (CO2) a year or roughly what 40 coal-fired plants emit. According to Adirondack botanist Jerry Jenkins, 2.6 million acres of state forest and 3.4 million acres of private forest are capturing and storing 2.3 million tons of carbon offsets per year thanks to the 6 million-acre Adirondack Forest.

U.S. population is growing by 2.5 million people a year. More than one-third of America’s fish and wildlife species now risk extinction. Six thousand acres of forest and open space are bulldozed daily in the U.S. with no end in sight. Three acres of U.S. farmland are lost to rural sprawl every minute. These are the real culprits that dwarf climate change, exacerbate it and need immediate attention, but alas our public servants remain silent on them. The elephant in the room is deliberately ignored.

Paul Schnell worked in the material handling department at Somerset Generation Station from 1985 until 2015. He is an experienced raptor bander, master falconer and wildlife photographer, writer and educator who traveled throughout New York and neighboring states with Liberty, a female bald eagle, for 26 years to promote conservation and ecological principles. Contact him at arizonasraptorexperience@gmail.com.