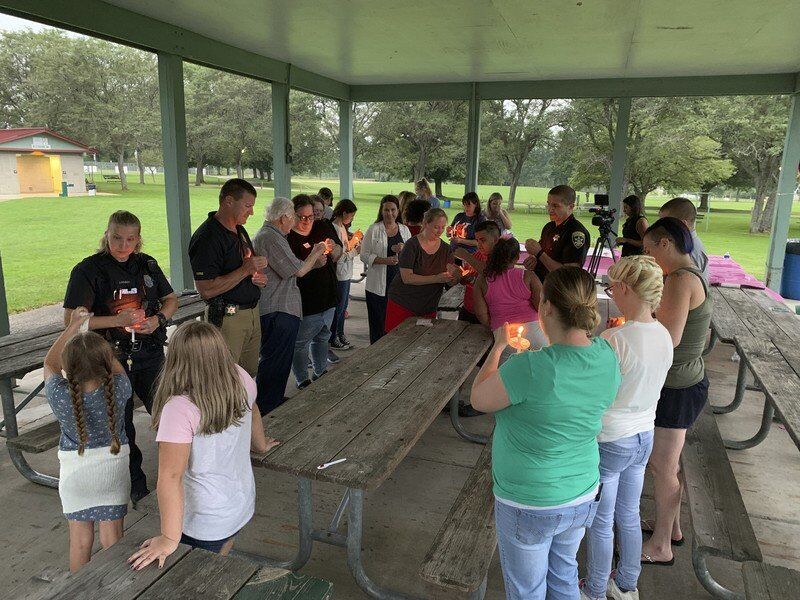 The family of Yolanda Bindics believes the next tip may help break open the unsolved murder case. (Photo by Eric Tichy) 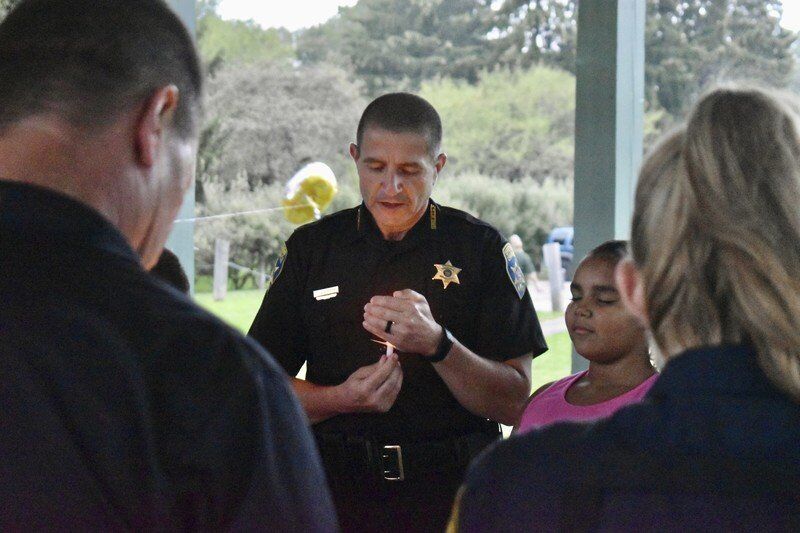 Chautauqua County Sheriff James Quattrone is pictured during a candlelight vigil held recently for Yolanda Bindics. The mother of four was killed in the early 2000s. (Photo by Eric Tichy)

The family of Yolanda Bindics believes the next tip may help break open the unsolved murder case. (Photo by Eric Tichy)

Chautauqua County Sheriff James Quattrone is pictured during a candlelight vigil held recently for Yolanda Bindics. The mother of four was killed in the early 2000s. (Photo by Eric Tichy)

JAMESTOWN — For Anne Chmielewski, time has not helped heal the wounds left from the murder of her sister. In fact, the pain has only grown worse.

"My family is hurting really bad," Chmielewski told The Post-Journal on Tuesday, the anniversary of when Yolanda Bindics was last seen alive leaving work at Family Dollar on Fluvanna Avenue. "The pain is not getting any better, but we're pushing through."

She added: "It's extremely painful and really, I speak for most of the family I think, it's getting worse and harder that we don't have the answers and an arrest and the fact that someone is living life freely. That's not fair — it's 17 years, it kind of seems like a long time, but it doesn't seem that long. I don't know if that's a good thing or bad thing."

A candlelight vigil organized by Chmielewski was held Tuesday evening at Bergman Park in Jamestown to both remember Bindics and her life, and remind the community that her murder remains unsolved to this day.

"We haven't done a big gathering in a number of years. We usually do something just for family, whether a get together, we do something," Chmielewski said. "Today is very painful — it's very painful for so many of us family members. ... We want to continue to keep her name and story out there so people know."

Bindics was 25 years old when she went missing the night of Aug. 10, 2004. During a cellphone call with her brother around 8:20 p.m. Bindics said she was stopping after work to get groceries; a call at 8:35 p.m. then went unanswered.

Her vehicle was found the next day in the parking lot of Arby's, just down the road from her work.

A month later, in September 2004, Bindics' keys, wallet and purse were recovered in the area of Monroe and Eighth streets. The items came from a drain system about a mile south of the Family Dollar on Fluvanna Avenue.

The search for Bindics, a mother of four, took investigators and volunteers to various parts of the county, including the landfill and Chautauqua Gorge. It mirrored similar searches following the disappearance of Lori Bova in June 1997.

Somewhat complicating the case involved the suspension of an officer with the Jamestown Police Department who had a relationship with Bindics. The officer would later be indicted by a Chautauqua County grand jury on charges unrelated to the case.

The indictment against the officer wouldn't be settled until June 2008 when he pleaded guilty to a single charge.

The Bindics case entered a sobering phase when skeletal remains were found Sept. 10, 2006, by hunters in a heavily wooded area in the town of Charlotte. Dental records ultimately confirmed the remains were those of the missing city woman.

Chmielewski is still frustrated by the lack of charges in the case. She's convinced there are people in the Jamestown area who know more than they are saying, and believes the next tip may finally bring closure to the strained family.

The case was discussed a few months ago between Chmielewski, her sister, Margaret, Chautauqua County District Attorney Jason Schmidt, Sheriff James Quattrone and investigators with the Sheriff's Office.

Schmidt said the discussion was meaningful. "There is no question that the loss of their sister haunts not just them and other family members, but also police officers and investigators from multiple local agencies, each of whom carry this one with them each and every day," the district attorney said.

"This case is one which we need to resolve and we have discussed forming a cold case unit for this reason, but it has not yet been implemented," he added. "We are working through the logistics of that — nothing is as simple as we would like — but I want to emphasize that the investigation is not dependent on establishment of a cold case unit; it is active right now. Everyone and every agency which was touched by the Yolanda Bindics case is dedicated to seeing that justice is served."

Chmielewski said she appreciates the efforts of the DA and local investigators — including Jamestown police — to resolve the case.

In the meantime, she hopes recent national coverage and the vigil might lead to new information or tips. In June, the case was featured on "Still A Mystery," a show on Discovery's Investigation Discovery.