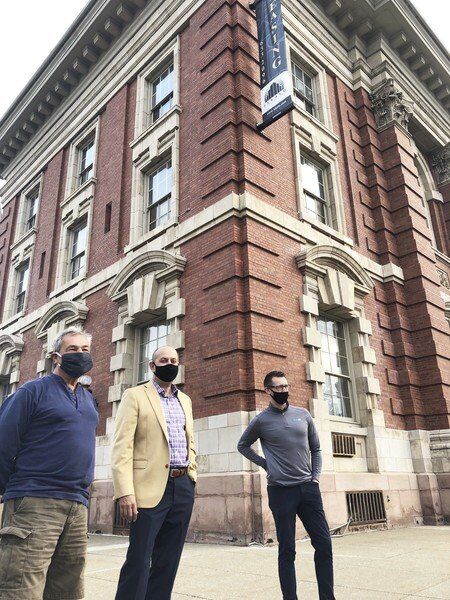 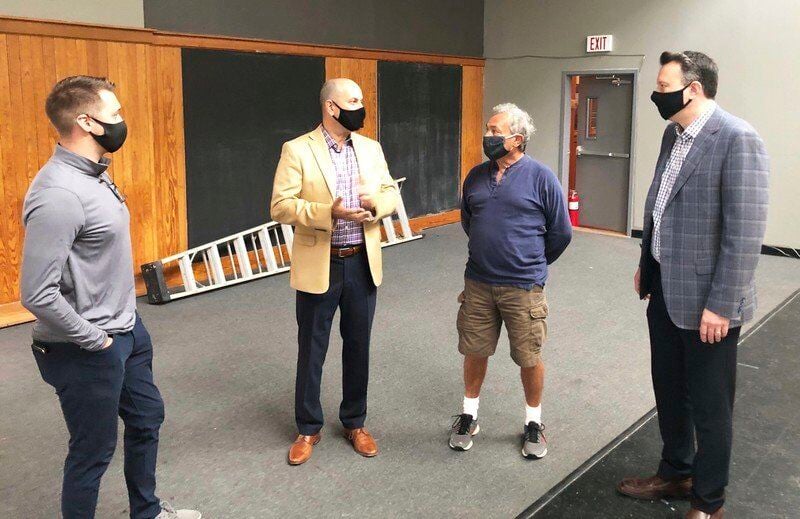 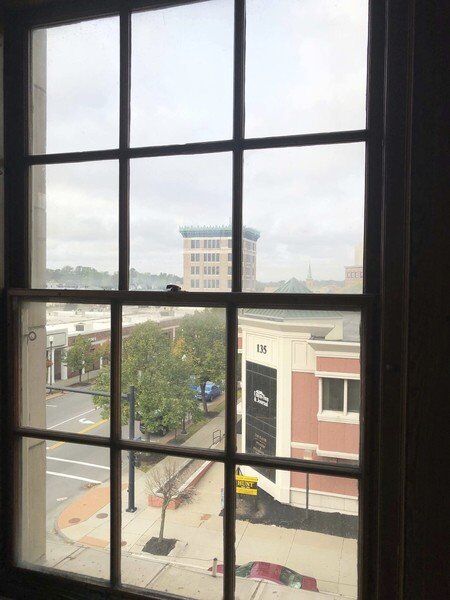 This is the view from the top floor of the Historic Post Office, looking southwest. Large windowsare featured throughout the 130-year-old structure.

This is the view from the top floor of the Historic Post Office, looking southwest. Large windowsare featured throughout the 130-year-old structure.

An exterior that takes your breath away, spacious, detailed corridors and rooms that bring you back in time, office suites featuring breathtaking views of downtown and beyond, a possible restaurant with outdoor patio, and an elevator to help you see it all, from the “bones” to the top floor of one of Lockport's most iconic structures.

These are just some of a variety of visions that Iskalo Development has in its quest to fully restore the Historic Post Office at 1 East Ave.

Iskalo is no stranger to Western New York, nor Lockport development. The development company also owns 57 Canal St., where Harrison Radiator got its start, as well as the Electric Tower building in downtown Buffalo.

Working closely with both the city and the Niagara County Industrial Development Agency, Iskalo plans to invest upwards of $6 million to renovate all three floors and the basement level of the 31,000-square-foot Historic Post Office. Four tenants currently occupy the first floor of the building, which opened in 1904 and was enlarged with an annex in 1932. The building was listed on the National Register of Historic Places in 1989. The Lockport Post Office sold the building shortly thereafter and relocated further east on East Avenue in 1991.

“I live in Clarence, on the border with East Amherst, so on weekends when we were looking to go somewhere different, a lot of times we'd hang a right on Transit Road, instead of a left, and head up to Niagara County,” Iskalo said. “Growing up, I used to come up here in the 70s and 80s, especially around the holidays as the city always had nice decorations. I've always had a fondness for downtown Lockport."

According to Chiazza, renovation of the Historic Post Office is being financed in part through historic preservation tax credits. That means “in addition to what we view as architecturally important, we need to take the project through the review process to make sure we're meeting the National Park Service standards,” he said. “Work on the exterior of the post office will be restorative in nature and the planned interior work would be considered rehabilitation.”

To help modernize the building to current standards, including accessibility and fire/life safety, an elevator, new stairwell and sprinkler system will be added. These improvements will also expand the range of uses allowed in the building. Work could be completed as early as the end of next year, Iskalo said.

In addition, the building will receive new heating, ventilation, air-conditioning and electrical systems. Finishes on the upper floors will be redone and new lighting will be added.

Highlights of the upper floors include the former courtroom, with original seating and railings still intact. The large windows on the upper floors offer tremendous views of nearby Cornerstone CFCU Arena, Historic Palace Theatre and the Main Street corridor.

“Historic preservation is very important,” Iskalo said. “The people who came before us are the ones who paved the way for the quality of life that we enjoy today. We're standing on the shoulders of our ancestors and it's important to pay homage to them by preserving some of the great architecture of the past."

"Obviously, you need to be selective about that because we can't save everything, but we need to do what needs to be done to update the building so that it is functional for tenants as well as financially viable. That's the balance that we're looking for and that's what we're trying to strike here.

“We'll save what we think is significant historic fabric within the building, while yet still making it tenant-able so businesses can operate out of here and be successful and create a sustainable revenue model for the property,” he said.

Iskalo defined three primary uses for the Historic Post Office — first floor boutiques and existing tenants that they'd like to see stay, commercial studios for artisans on the basement level and office suites on the second and third floors. He also sees the possibility of a restaurant in the 1932 annex.

“With its tall ceilings, new large windows and covered dock area, this could be spectacular restaurant space and we're certainly open to talking to a qualified operator about that as it would help to further activate this part of downtown,” Iskalo said.

“As a city, we're thankful that you're investing with us. I'm sure you guys have other places you could spend your money. We're really glad that you're here,” Devine said.

Added Smith, “The (Downtown Revitalization Initiative) application was a lot of work, and the process to identify which projects could be awarded funding was a lot of work, so it's nice to finally be at a point where we can say, ‘All right, we're seeing the progress start to kick in.’”

Chiazza said the restoration plans would not have been possible without DRI funding — the city pledged $1.75 million of its $10 million from the state — and IDA assistance. “We feel really good about the relationship that’s been formed with the City of Lockport and Niagara County IDA and will continue to work hard and bring this thing home,” he said.

Iskalo said he hopes the renovation project acts as a catalyst for other activity downtown and throughout the city.

“You can't do projects like this without some amount of economic incentive. I could build a new building for less money than it costs to take a building like this and renovate it, and this is especially challenging in a market like Lockport where you're not going to get the same kind of rent that you're going to get in downtown Buffalo or Williamsville,” he said.

“Of course, with the momentum the city is beginning to create with projects like the Historic Post Office and others, our belief is that this will change for the good over time.”

To see more details about renovation of the Historic Post Office, go to oneeastavenue.com.