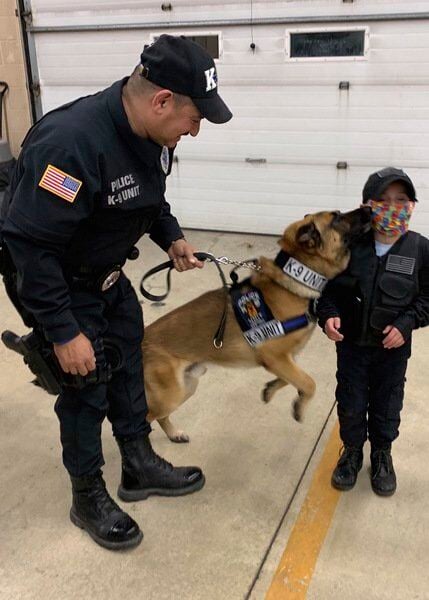 Officer Tony Bartucca lets his K9 Rocco kiss a 5-year-old that wanted to grow up to be a police officer while participating in community service. (Photo submitted) 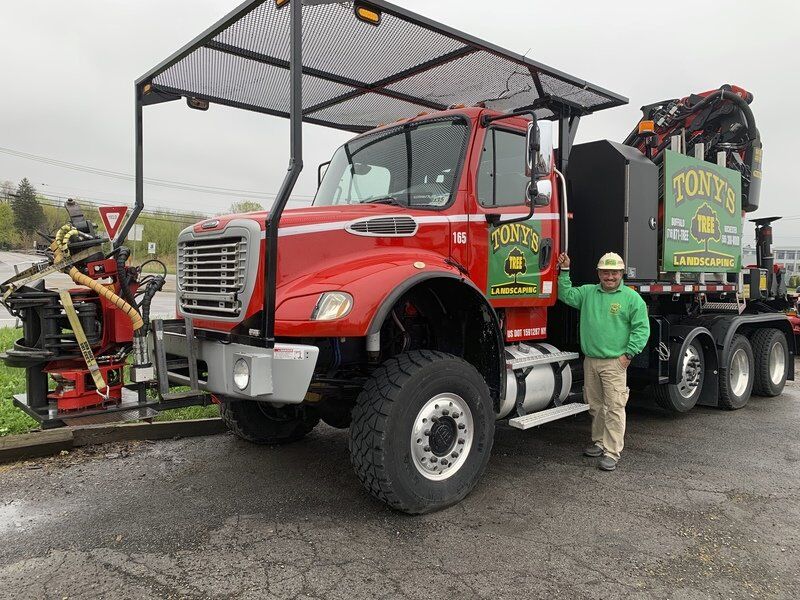 As well as working as a part-time police officer in Barker, Tony Bartucca also owns a successful business stationed in Cheektowaga. (Photo submitted)

Officer Tony Bartucca lets his K9 Rocco kiss a 5-year-old that wanted to grow up to be a police officer while participating in community service. (Photo submitted)

As well as working as a part-time police officer in Barker, Tony Bartucca also owns a successful business stationed in Cheektowaga. (Photo submitted)

Former Barker Investigator Anthony Bartucca has contacted the New York State Attorney General, as well as the state and federal Departments of Labor in regard to the situation around his termination and suspension of the entire Barker Police Department while Mayor Aaron Nellist performs an internal review.

In a phone interview, Nellist would only say that the reasons for termination and suspension were actions against administrative policy and had nothing to do with the policing of the village, which he said was done well.

There is no indication from officials that Barker Police Department will be dissolved and the review will be put to the Barker Village of Trustees on Monday in executive session.

In response, Niagara County Sheriff Mike Filicetti said, “We’ve adjusted our patrols of the area alongside with the state police, and Town of Somerset police.” He added, “I have not had discussion with Village of Barker officials with regard to the future of the police department.”

Other Barker officers said they got a call that shifts weren’t being filled, but didn’t know the extent of the shutdown until the US&J reported on it.

“I had to go to the office,” Sgt. Jeremey Blair said. “I get there and I couldn’t get in. I called up (Village Clerk) Amanda (Detschner) and asked her, ‘Did someone change the locks to the police department?’ “

Detschner confirmed that the locks were changed and agreed to open up the department for Blair. She arrived with Nellist and another board member.

“I ask the mayor, ‘Was anyone going to notify me, being a sergeant, or anyone else that the locks are changed?’ “ Blair said. “The mayor said, ‘I told you guys you’re not allowed to be here.’ “

Blair said that being a police officer is not a “banking, nine-to-five job.” The bank teller isn’t going to be there at 3 a.m., he said.

“In a police department, there’s a lot of reasons to be there,” he said. “Whether it be doing extra paperwork or whatever. ... I’ve worked at numerous police departments and I’d never heard about anyone not being allowed on the premises.”

Bartucca started his career in the Persian Gulf War as military policeman after serving with the Army’s special forces. Upon returning home, he continued his police activities, but also started his own business with just a chainsaw and a pickup truck.

The business has grown exponentially since and provides Bartcutta with the ability to pour time and funds into his passion: police work.

“I’ve been shot once, stabbed four times, my teeth have been knocked out, I’ve broken my ribs and had two concussions through my time in law enforcement,” he said. That includes time with the military police, the Village of Allegany, the Village of Friendship, the Village of Lyons and the Village of Barker, Bartcutta said.

Throughout his career Bartucca received awards for community service and volunteering, as well as lifesaving awards for dragging people out of cars after accidents, performing CPR and preventing suicide jumpers. He’s also received meritorious awards for being involved with heavy drug or gang arrests. In Barker, Bartcutta was a K-9 officer.

But Bartcutta knew something was wrong as he began to hear that his donations to the police force were being challenged by village officials and he was being accused of misrepresenting and defrauding the Barker community. He sent in his resignation on March 19, disappointed and disgusted.

Bartucca listed what he’d heard of a case being brought against him by the village.

In September of 2020, Bartucca thought it would be nice to get some new patches for police officers to wear and donated his time and money to make that happen. He bought the patches on his credit card and had them delivered to his own business.

“Then, I hear through the grapevine that they’re trumping up charges against me,” Bartucca said.

According to Bartucca, the village was saying they’d been charged for the patches, a year after the officers had been wearing them.

Bartucca had also donated a 2010 fully-loaded police vehicle – costing about $16,000 – for his own use as a K9 officer to the Barker Police Department. When Barker PD no longer needed the vehicle, Bartucca took it back to his business’ parking lot in Cheektowaga. Later, he received a text asking if he could bring it back to village property. According to Bartucca, he did just that, but the accusation remains that he disobeyed a direct order.

The final accusation, which Bartucca said is the “village policy” that Mayor Nellist cited to the US&J in an article reporting on the termination of the as-of-then unidentified officer and suspension of the police department, is the improper tallying of hours worked on Bartucca’s time sheets.

Bartucca showed copies of his time sheets to this reporter, noting heavy lines over different numbers, changing their value. He also noted that he signs his sheets in a very specific manner, but one of the time sheets strays from that, even to the point of misspelling “Rocco” – one of the canines Bartucca works with.

Bartucca has some charges of his own. He said Barker officers have been interviewed by the village and asked to sign statements that do not reflect what they were interviewed on. Bartucca said he was also approached by a village board member and was asked to write something on what Barker Police Chief Tim Braughler had done that was immoral, improper and illegal. Bartcutta said he would not, as nothing like that was done.

He also said that officers were being asked to reveal information about criminal cases.

“I went to my desk, all my files of ongoing investigations were gone,” Bartucca said. “Do you know how illegal that is? These are ongoing investigations. My desk was cleared off, I had files with people’s names, social security numbers, pertinent information, statements! The mayor and them took all that?”

Bartucca has filed a complaint with the New York State General Attorney’s Office over the treatment of himself and other officers. He said the ironic thing is that these officers, and himself, really cared for the community.

“None of us are doing this for the money,” Bartucca said, noting he made only $1,600 last year for working four hours a week.

“It’s pretty bizarre because most cops go for the money, or the benefits. We have nothing. No retirement, and $13.50 an hour, and I put my life on the line.”

Mayor Nellist declined to comment further on the matter.