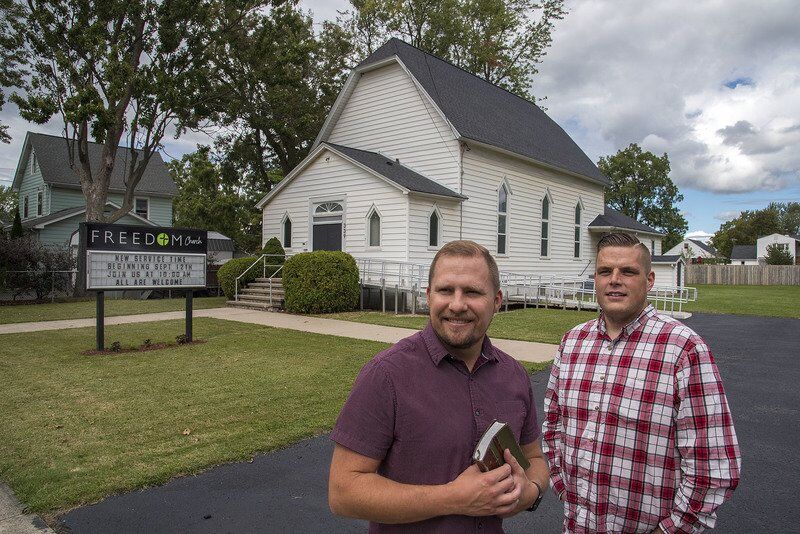 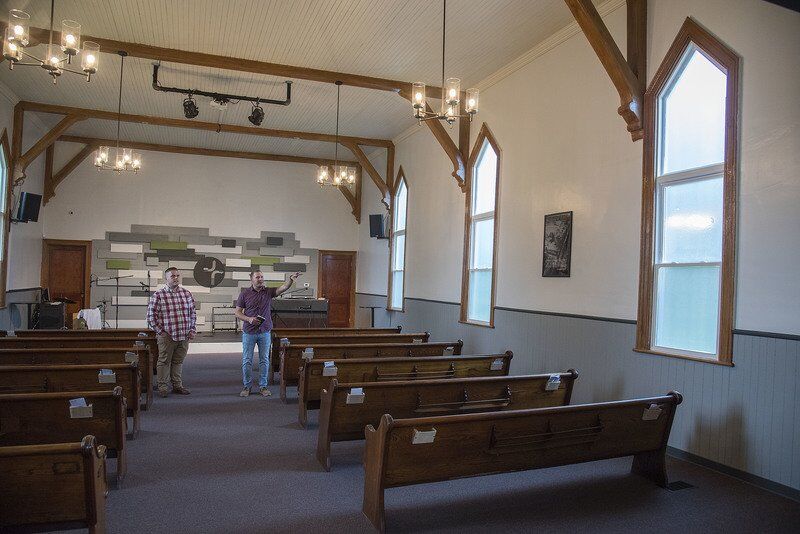 Residents may know that Freedom Church has a location on Beattie Avenue where the congregation is offered worship through music, reading from the Bible and fellowship with other churchgoers. They may not be aware of a second location on Ontario Street.

Pastors Craig Campbell and Ben Fresch said that their church has been active in the neighborhood for seven years.

“We wanted to move into the (Ontario Street) neighborhood and do something good. We’ve got a community garden three blocks down the street, right down the corner of Hawley and Ontario ... ,” Campbell said. “It’s a great thing for people to get involved with and it’s completely free.”

Freedom North “did start to gain traction, at the very initial opening, in February of 2020. We had some really full nights here,” Fresch said, referencing the church’s 5 p.m. service. “We had about six more pews and we had some momentum. Then, March 15.”

During lockdown, Campbell and Fresch continued to hold services online for anybody who wanted them. It wasn't until August 2020 that the two felt it was safe to resume in-person worship. After that, Campbell recalls, a lot of events were held on the church lawn. It was fall and people enjoyed being outside. “We had some bonfires and some different stuff outside,” he said.

By December, they had to choose to close the church doors again.

“In the church world … you just know there’s a potential,” Campbell said. “It wasn’t like we had Covid sweeping through our church like that, but just to be cautious and respectful (we shut down).”

“I think that was when it really came to our area,” Fresch said. “(From) March to December of 2020, I couldn’t tell you anyone I knew who’d had Covid," but around the end of the year, "that’s when it became a lot closer to home.”

People who came to Freedom North before that were usually older, but many teenagers were there as well. Fresch said most of the technology in the building was run by teens on tablets. Which, Campbell observed, "is pretty cool."

At Freedom Church, different "teams" handle the music each week and organize events, according to Campbell.

“We have a pretty awesome worship team,” he said. “We’ve got several different teams who are just a blessing. We like to do everything in teams, it’s not one or two people. The church is supposed to be what God’s invested in all of us … . Anything we do, we try to make a team happen.”

Between Freedom Church's two locations, there's a lot for members to get involved with, Campbell added.