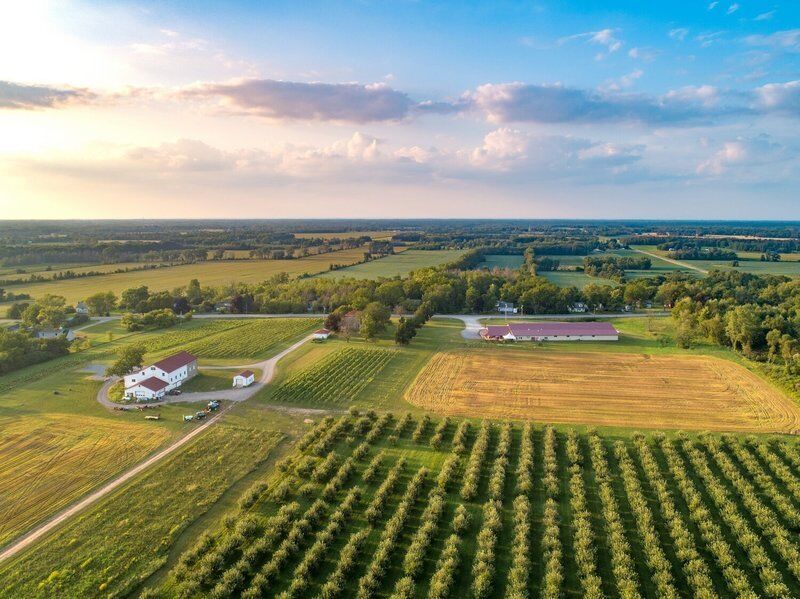 Contributed PhotoAn aerial view of Freedom Run Winery at 5138 Lower Mountain Road in Lockport, which is currently for sale for $12 million. 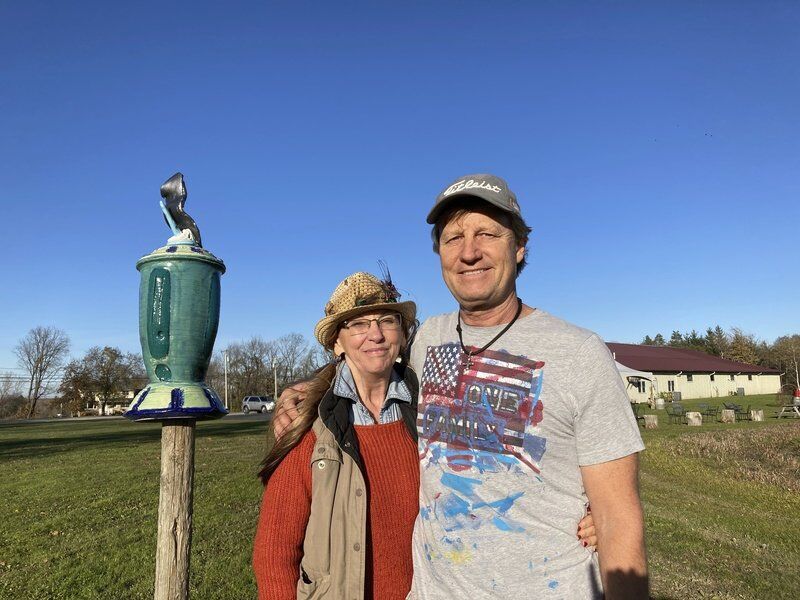 Photo by Michele DeLucaFreedom Run owners Sean and Laura Jean Manning stand near one of the art pieces that direct visitors at the winery on a free Underground Railroad Art Walk. The vineyard is currently for sale as the couple plans to devote more time to their artistic philanthropy.

Contributed PhotoAn aerial view of Freedom Run Winery at 5138 Lower Mountain Road in Lockport, which is currently for sale for $12 million.

Photo by Michele DeLucaFreedom Run owners Sean and Laura Jean Manning stand near one of the art pieces that direct visitors at the winery on a free Underground Railroad Art Walk. The vineyard is currently for sale as the couple plans to devote more time to their artistic philanthropy.

Sean Manning never intended to be the sole owner of Freedom Run Winery.

When he bought the property at 5138 Lower Mountain Road in 2003, he had the help of two brothers and other family members to build the business from the ground up.

But after one brother died and another retired, the artist and his wife, Laura Jean Manning, are left with competing interests — a beloved Lockport winery and an artistic effort they consider to be a sacred mission.

As such, they have put Freedom Run Winery on the market at the sale price of $12 million.

Manning, a prolific artist, wants more time to devote himself to his art, including a major project that continues to serve those whose lives were impacted by 9/11. Laura Jean supports him in that effort, cataloging and marketing his works of art. Together, they say, their business is to use Sean’s art to help those in need.

Currently, the artist is engaged in a project to help those whose lives are impacted by the terrorist bombings of 9/11.

He already has a pair of seven-foot-tall ceramic towers, called “Towers of Unity,” on permanent installation in the 9/11 museum in Manhattan, and another piece — a giant American flag painting called “One Family” — hanging in the 9/11 museum conference room.

The artist has vowed to create a 3,000-piece collection of his art which will be sold to benefit those whose lives have been impacted by 9/11.

He has already finished 2,200 pieces. The artwork is of all genres, including flowers, butterflies, American flags, fish, bees, and love.

“Our whole thing is unity art,” Sean explained. “It’s all about love, being kind, being good to one another, love one another, peace, kindness.”

“We’re saying we’re doing 3,000 pieces one for each fallen victim,” he added, noting. “The money will be used for everyone including school scholarships, houses, and to support not only the victims but the first responders.”

As for the winery, the Mannings hope to serve future generations of local winemakers by donating a portion of the proceeds of the sale of Freedom Run to an education fund designated to teach the next generation about wine production.

The pair, who also consider wine-making an art, has devoted the same passions to wine-making and vineyard promotions as they bring to Sean’s art projects.

Even through the global pandemic, the winery has been growing. Laura Jean initiated virtual wine tasting videos and online ordering was created so that customers could pick up curb-side at the tasting room, or could have wine shipped across the country directly to their door. The Mannings also formed a wine club and initiated a music series, arts and craft lessons, yoga every weekend, movie and game nights, and Friday dinners and Sunday brunches through the winery caterer, Ava’s Table at the Vineyard.

Laura Jean also curated monthly displays of Sean’s paintings throughout the winery. The most recent art installation has been Sean’s series of 18 works of ceramic art displayed via posts on a free self-guided walking tour of the vineyards and apple orchard, leading up to the base of the Niagara Escarpment, called the Underground Railroad Art Walk.

After the sale, when Mannings return to their full-time home in Florida and continue their travels, the existing and well-established five-member management team is willing to stay on, including Ryan Sidoti, winemaker and oenologist and Kurt Guba, vineyard manager and sommelier and wine educator.

To learn more about the property visit NiagaraEstateWineryForSale.com.