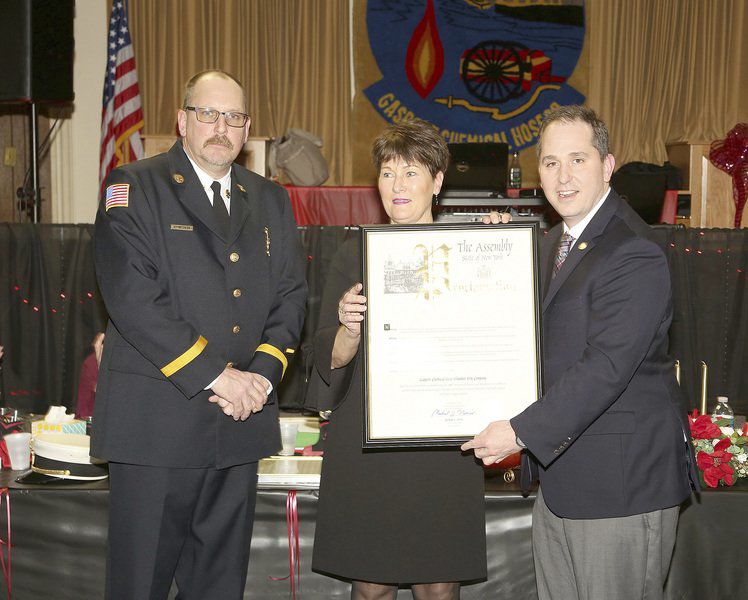 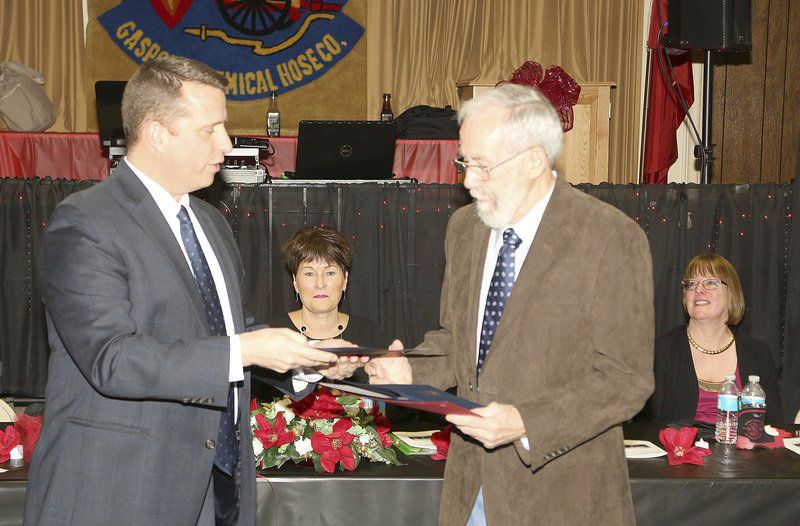 The hamlet of Gasport was growing and its residents likely had taken part in many fire brigades from the Erie Canal to the location of any fire. The huge, burned out Mabee flour mill stood as a grim reminder of the cost of not having dedicated fire protection.

In the early 1920s, a hand-drawn Chemical Hose cart was purchased. In October 1921, a modern Model T Ford fire truck was purchased by the company, for a whopping $2,500. Still in the company's possession today is its 1931 Buffalo fire engine, which could pump an amazing 500 gallons per minute. The sum paid for that truck has somehow been lost over the years and can’t be found in any records.

Gasport Chemical Hose has always had its community and the country as its driving forces. In 1942, the company purchased $4,200 in war bonds, to do its part for the war effort, and the members manned their hall 24 hours a day until it was deemed not necessary any longer.

An interesting fact: In 1950, the land where the company's hall stands today was donated, on the condition that alcoholic beverages would never be sold there. To this day, the company remains "dry." No adults beverages are sold and must be brought in for special occasions, including its own installation dinners.

Gasport Chemical Hose Company held its 100th annual installation of officers on Jan. 25, during a dinner that drew more than 180 guests. The hall was beautifully decorated in a black-and-red scheme with illuminated glass fish bowls and live plants as centerpieces on all of the tables. Josh Swimline and crew provided the food and desserts.

The night brought back members and officers from years gone by to fill the evening with stories and “remember when.” Master of ceremonies Jonathan Schultz, director of emergency management for Niagara County, started the night with jokes and quirky quips, then quickly changed gears and was most sincere in his praise of the Gasport company's achievement: 100 years of public service.

Niagara County Area 4 Coordinator Jeff Baes was tasked with swearing in all company officers for 2020. The officers are:

Proclamations and awards recognizing Gasport Chemical Hose Company's 100th year were presented by state Assembly Member Mike Norris on behalf of the Assembly, and representatives of the towns of Hartland, Royalton, Lockport, the village of Barker and the Niagara County Legislature.

Active firefighter Carl Peckham got a cake and a group rendition of the Happy Birthday song, since Jan. 25, the night of the dinner, was his 80th birthday. Peckham recently renewed his New York State EMT certification, it was noted.