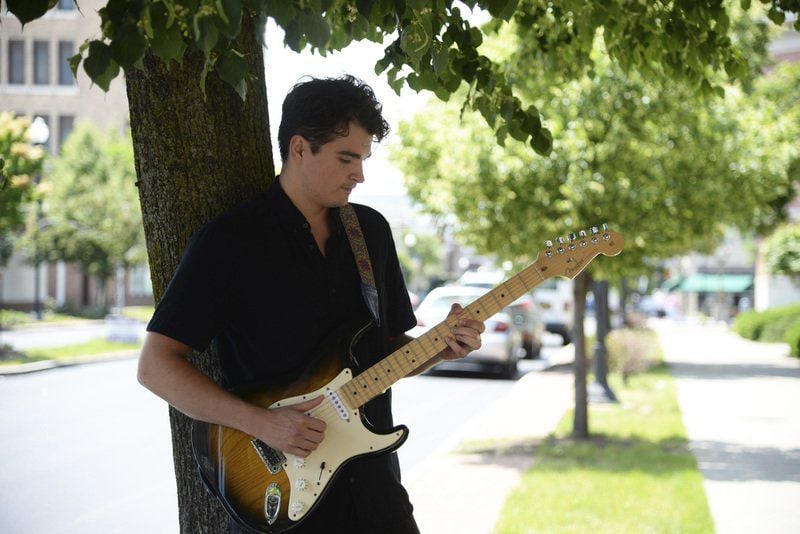 JOED VIERA/STAFF PHOTOGRAPHERGasport native Patrick Harrington will perform with his band, Victor Wainwright and the Train, at the 2017 Buffalo Blue Festival on Saturday. The band is about to release a new album that's being recorded at famed Arden Studios in Memphis. 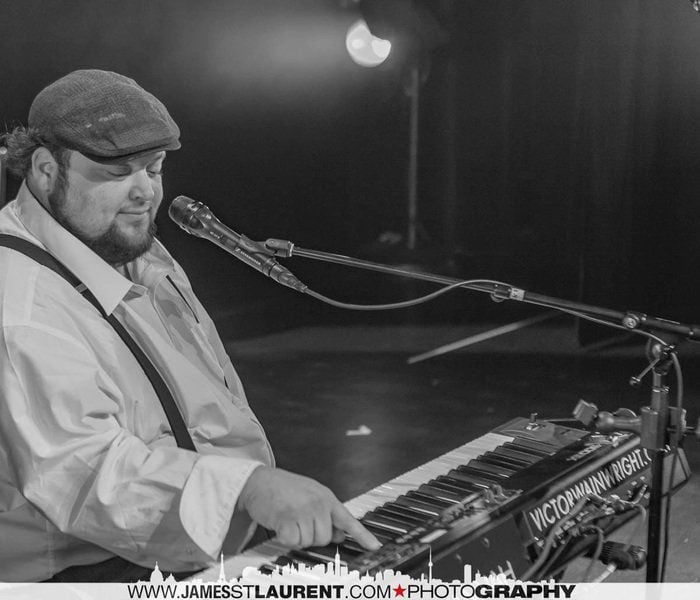 CONTRIBUTED PHOTOVictor Wainwright, singer, songwriter and pianist, won the Pinetop Perkins Piano Player of the Year award at the Blues Music Award ceremonies in 2013 and 2017. His collaborative album Easy Livin' made the Top 10 on the U.S. Billboard Top Blues Album chart in 2013.

JOED VIERA/STAFF PHOTOGRAPHERGasport native Patrick Harrington will perform with his band, Victor Wainwright and the Train, at the 2017 Buffalo Blue Festival on Saturday. The band is about to release a new album that's being recorded at famed Arden Studios in Memphis.

CONTRIBUTED PHOTOVictor Wainwright, singer, songwriter and pianist, won the Pinetop Perkins Piano Player of the Year award at the Blues Music Award ceremonies in 2013 and 2017. His collaborative album Easy Livin' made the Top 10 on the U.S. Billboard Top Blues Album chart in 2013.

When national recording artist and songwriter Victor Wainwright takes to the Buffalo Blues Festival stage on July 8, a rising young star on the national music scene, Gasport native Patrick Harrington, will be jamming on stage alongside him.

An accomplished blues lead guitarist with a hometown heart, Harrington, 25, is currently living the dream in Memphis, recording an album with the award-winning blues pianist and embarking on his first national tour with Wainwright's band, Victor Wainwright and the Train.

The 2017 Buffalo Niagara Blues Festival at Silo City, along the Buffalo River, is one of the tour stops. The Train is scheduled to perform at 7 p.m. Saturday.

“I was jamming with Robert ‘Freight Train’ Parker in the last band I was playing with here in Buffalo, and he used to be on the same blues circuit that I was on,” said Patrick, the son of Roy and Heidi Harrington of Gasport and a 2009 graduate of Royalton-Hartland High School.

“Freight Train toured with Damon Fowler, a bad ass musician from Florida. Freight Train was really good at recognizing young talent and encouraging it and getting young kids out to play, like Damon and I. I was vacationing in Florida (a few) years ago and was looking to do some jamming down there. I ran into Freight Train and he told me about Damon, so I went out and jammed with him, and he must have dug my playing because he invited me up to sit with him at the Harbor Inn when he was back in Buffalo.

“I expressed to Damon that it was my dream to do exactly what he was doing," Harrington said, and "a couple of weeks later, he sent me a message that one of his closest friends was losing their guitar player in their band and they needed someone. I got a hold of the person, who turned out to be Victor, and we started talking on the phone. ... Victor flew me out to jam with him at the Daytona Blues Festival a few years ago as an audition. I didn't realize the festival was as big as it was. I thought, ‘This is my audition? Thousands of people.’

“But it was cool. I went up and rocked out with those guys and didn't think about getting any permanent gig. I just wanted to have fun, but Victor called me back the next day. We talked about it and he said, ‘This is something you think you want to do?’ and I said, ‘Hell yeah,’ ” Harrington said.

In 2013 and 2014, Wainwright won the Pinetop Perkins Piano Player of the Year award at the Blues Music Award ceremonies. His collaborative album, Easy Livin', made the Top 10 on the U.S. Billboard Top Blues Album chart in 2013.

Harrington has been playing guitar since he was 12 years old, making the transition from piano to the “axe.”

“I'd been playing piano for a few years and was taking lessons, but I didn't click with it because I had to read music and at the time I didn't have any interest to learning how to read music,” Harrington said. “But the piano background ended up helping me a lot, having a little bit of music theory background.”

Harrington said he grew up listening to Oldies 104, which provided him with a good dose of American musical variety.

“I'm lucky that I had that growing up, because that was the music I ended up loving," he said. "I got to hear everything from Motown to the Beatles to Eric Clapton to country. My grandfather loved country music.”

Soon, Harrington was taking lessons at Red House Music, then in Wrights Corners.

“I started taking lessons at Red House after my grandma got me my first guitar,” he said. “They started me off by showing me chords and I took it upon myself to practice a lot because I was really into it. My teacher liked that a lot because he could see that I was one of the ones who was gonna stick with it. So he started inviting me to hang out at the shop."

Harrington's mom, Heidi, said she used to drop him off at Red House after school "and he'd stay there all day. He'd tune guitars and sit out there and play all day. A couple of years of that, and pretty soon they had him teaching lessons.”

To help their son fulfill his desire to play, his parents started taking him out to local night clubs, where musicians would often invite the teen up onto the stage to jam with them.

“I got to meet so many great people. They were so kind, letting me play along with them,” Harrington said. “I have these guys (he points to his parents) to thank for taking me out.”

While starting his own band, Electric Church, Harrington continued to jam throughout the Western New York area, and he made more friends along the way.

“It was great when he finally found some kids his own age who liked the same type of music he did — blues, jazz and soul stuff,” father Roy Harrington said.

So, what's it like to be out on the road making music?

“It's like being married to a lot of dudes,” Harrington said, laughing. “Everyone's gotta get along. You're constantly on top of each other and driving around for an average of five hours a day, then play a gig that night, so you have to get along. But it's great seeing the world and playing for different faces every night. It's fun, really.”

Victor Wainwright and the Train's tour that will take the band to venues throughout the United States, including a gig on a cruise ship. The band's new album is expected to be released this fall. It's being recorded at famed Ardent Studios in Memphis, which has recorded such legends as Bob Dylan, Stevie Ray Vaughan, Al Green, B.B. King, R.E.M. and The Cramps.

Harrington has two younger siblings, Haley and Tyler, and a supportive girlfriend, Lydia. He's a 2011 graduate of Niagara County Community College and a 2014 graduate of SUNY Fredonia, where he studied music business.