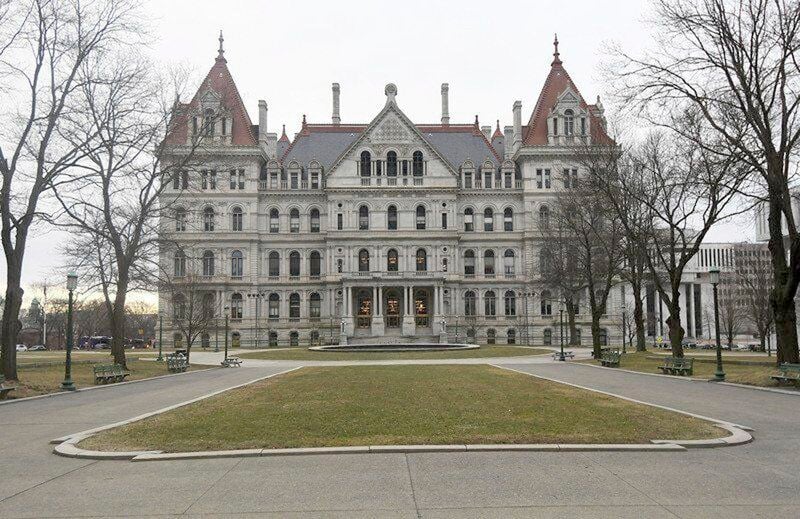 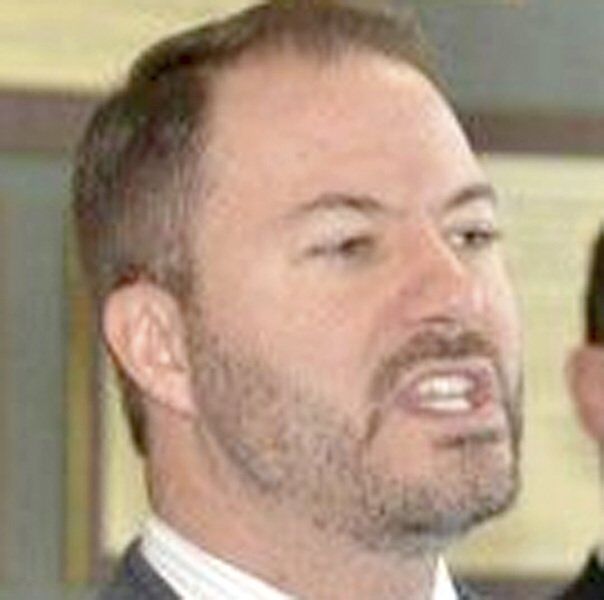 The focus of their outrage was Cuomo's effort to drive changes in policing by requiring all municipalities with police departments to submit plans for "reimagining" law enforcement. If the plans were not completed by Thursday, Cuomo has threatened to withhold state aid to communities that failed to comply with his mandate.

Adding to the tension were revelations over the past week that a key member of the city of Ithaca's police reform task force is paroled cop-killer Richard Rivera, who served 39 years in state prison after the execution-style shooting of New York City Police Officer Robert Walsh during a 1981 robbery.

He and other senators argued violent crime has been rising in many communities across New York as a result of bail law modifications made two years ago after being advocated by Democrats and embraced by Cuomo.

Sen. Andrew Lanza, R-Staten Island, a former prosecutor, said it made no sense to have a convicted felon who murdered a police officer involved in retooling a police agency.

Lanza said after Walsh was initially wounded, testimony showed "that wasn't good enough for Rivera. Rivera walked up to Officer Walsh, another human being, and blew his brains out. Democrats now call that a mistake. I call it sick and depraved."

Cuomo said on March 3 that he was motivated by the death of George Floyd in Minneapolis police custody last year to direct localities to "reform" their public safety plans.

"We're not telling you what to do, but if you have a public safety department, you have to put everyone at the table, have a collaborative, come up with a reformed public safety plan," Cuomo said.

Sen. Fred Akshar, R-Broome County, said Cuomo-appointed members of the state parole board have released several other individuals from prison sentences arising from the killing of police officers.

"We do need reform — we need reform at the parole board, from the top down," Akshar said. "We cannot continue to rubber-stamp the governor's political appointees."

Thomas Mailey, spokesman for the state Department of Corrections and Community Supervision, said the parole board is an independent panel with members confirmed by the state Senate.

The board, in evaluating an inmate seeking early release, considers such factors as victim statements, criminal history, accomplishments while incarcerated and the individual's risk to public safety and ability to reintegrate into the community, he said.

To the Detectives Endowment Association, a New York City police union, Rivera's involvement in Cuomo's effort to revamp police departments amounts to an "egregious insult" to the families of police officers cut down in the line of duty, Paul DiGiacomo, the union's president, said in a letter to the governor.

Meanwhile, municipalities have been filing their police reform certification forms with Cuomo's Division of the Budget at a brisk pace. As of late Thursday, the agency had fielded certifications from 430 localities — about 87% of those mandated to craft such blueprints, said Freeman Klopott, spokesman for the budget office.

"The process was designed to give local officials and stakeholders flexibility to develop and publicly approve a plan that best meets their community’s needs, especially since the size of police agencies across the state range from one part-time officer (four departments) to 36,563 full-time officers (the NYPD)," Klopott explained.

In finalizing the plan to revise its police agency, the Ithaca Common Council went more than a step further, voting to disband its police department, headed by former Oneonta Police Chief Dennis Nayor, and replace it with an agency staffed by unarmed "community solutions" workers.

In a statement, the New York State Association of Chiefs of Police, called the Ithaca council's decision a "misguided, reckless, ignorant act."

The association's director, Patrick Phelan, said community meetings held to discuss how policing could be realigned indicated many police departments are very strongly supported by their local residents.

"In some communities, the feedback was 99% positive but every municipality is going to be different," Phelan said. "It wasn't unusual for people to say, 'We love our police department; we love what they are doing and we want more of it.'"

Joe Mahoney covers the New York Statehouse for CNHI's newspapers and websites. Reach him at jgmahoney31@gmail.com.