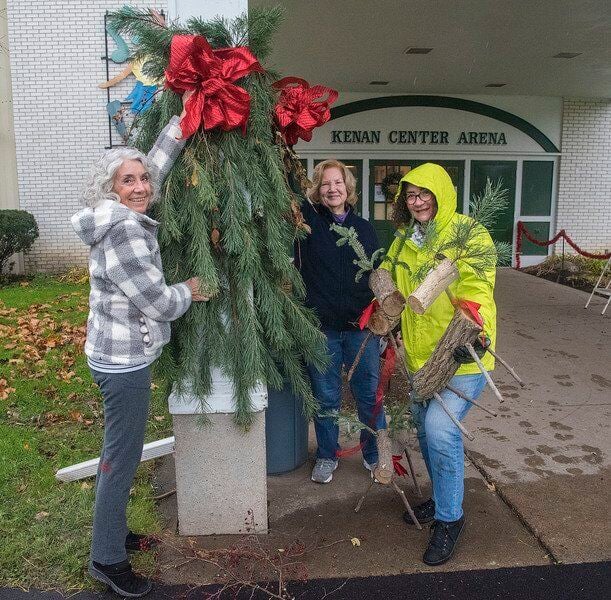 James Neiss/staff photographerCrews of volunteers from the Kenan Arts Council including, from left, co-chair Jane Corser, Sharon Lindquist and Jayette Sinclair were out decking the halls for this weekend’s Kenan Arts Council Holiday Gift Show and Kenan Christmas Village. 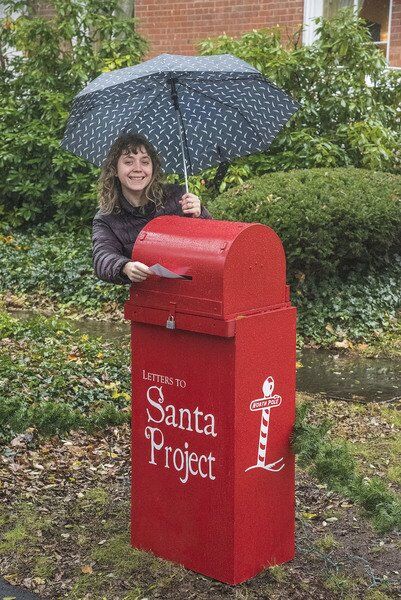 James Neiss/staff photographerCrews of volunteers from the Kenan Arts Council including, from left, co-chair Jane Corser, Sharon Lindquist and Jayette Sinclair were out decking the halls for this weekend’s Kenan Arts Council Holiday Gift Show and Kenan Christmas Village.

After a year away due to the pandemic, volunteers say they are excited to be back for the 40th annual Arts Council Holiday Gift Show at the Kenan Center this weekend.

The event is expected to have more than 30 juried artisans and designers selling handcrafted works over a wide range of prices.There will also be a gourmet “goodie-booth,” which will be selling homemade baked goods. Donna Mileham, a basket weaver, has been participating in the show for five years.

“It’s always a very well run show, and it’s very well attended,” she said. “People this time of year are shopping with a purpose for Christmas gifts. It’s just an enjoyable weekend.”

This will also be the first year that the event will be held in the nearby Kenan Arena, as the extra space provides more room for social-distancing. While unfamiliar with holding the gift show in the arena, Kenan Arts Council Co-Chair Jane Corser is feeling eager to try something different this year.

“We’re pleasantly anxious.” she said, “Until you do something for the first time, you don’t know exactly what the outcome will be.”

Milehan also expressed interest in getting the chance to have the gift show in the Kenan Arena. “We’ll have more room to spread out.” she said. “It will be safer for the vendors and the participants, and people can move around easier.”

Other events will include sleigh rides, story time with Santa and Mrs. Claus in the Kenan Gallery, and the opening of the Locust Street ‘Letters to Santa’ mailbox. Holiday music will be performed by Eddie’s Band Organ, as well as the DeSales Catholic School choir. There is also expected to be a live wood-carving by the chainsaw artist group, the Chainsaw Chicks.

Above all, Corser is hoping for a high turnout, and a little seasonal weather to put people in a jolly mood. “I’m hoping we’ll have a little snow so it feels like Christmas.” Corser said. “But not too much snow, because it keeps people away.”